Despite sea-level rise, no plans to elevate the coastal tracks 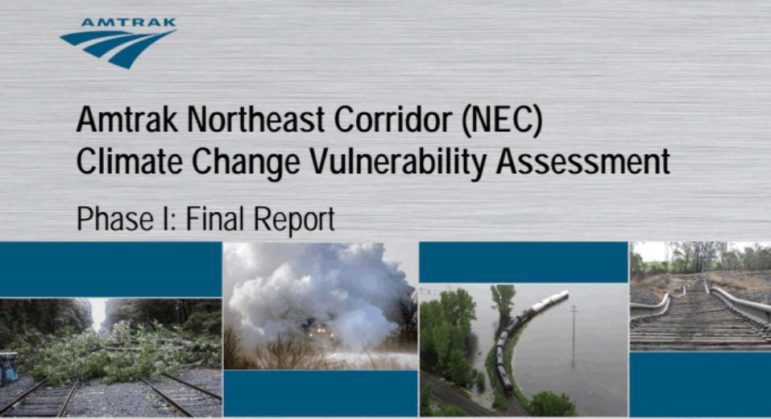 The cover of the climate change vulnerability assessment.

What follows is a public apology.  Not to you, dear reader, but to future generations.

“To my grand children:  I’m sorry we left you with this mess.  We should have done more, when we still had time.” 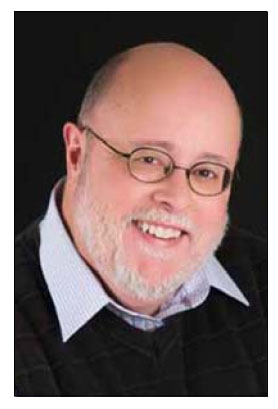 What am I referring to?  Not the national debt.  Not even global terrorism.  No, this apology is about coastal flooding that threatens the Northeast Corridor’s rail lines.

I won’t even get into the debate about what’s causing sea-level rise.  Whether it’s man-made or natural, it is happening and we have not been planning for its inevitable effects.  Sure, when the tides are high and the winds are from the east, we already see a little flooding along the Connecticut coastline.  “Look Dad!  The beach parking lot is under water,” the kids would say.  But the tides and winds then subsided and we’d forget about it.

Aside from pretty beaches and expensive homes, what else is along Connecticut’s coast?  Our railroads:  Metro-North, Shore Line East and Amtrak.  And according to a long hidden report, those tracks, and the trains that run on them, are being threatened by sea level rise.

Just before Christmas, Bloomberg wrote about a three year study, “Amtrak NEC Climate Change Vulnerability Assessment,” that was finished in 2017 but never released to the public.  Using an FOI request, they got hold of a redacted (censored) portion of the study, and its findings are frightening.

The Northeast Corridor of Amtrak runs 457 miles from Washington to Boston and carries 12 million passengers a year on 2,200 daily trains.  Those tracks not only serve Amtrak’s inter-city trains but also many commuter rail lines, like Metro-North and Shore Line East.  And the rising sea level is already lapping at its edge, where in some areas those tracks are just feet from the ocean. By 2050 the water may be two feet higher.

When it was originally built in the 19th century, the coastline made perfect sense as a location for the railroad tracks:  the coast is where the major cities were and the terrain was flat, perfect for trains.  Sure, there were storms (even hurricanes) that caused short-term flooding, but nothing that was persistent.  Until now.

So what’s to be done?

Amtrak and the Federal Railroad Administration have no plans to raise the tracks.  They’re already facing $40 billion in unfunded projects just to keep the darn trains running.  As for building a “wall” to keep out the sea water, even a temporary version erected before a storm would take 12 to 30 days to assemble and cost $24 million a mile.

Keeping this all in perspective, Amtrak reminds us that the cities they serve along the coast are also in danger of flooding, so what are a few damp railroad tracks when your city-center looks like Venice?

What’s most concerning is that this study was suppressed by Amtrak and the FRA because, as Bloomberg wrote, “The disclosure of that information “could possibly cause public confusion.”

I’m not confused, are you?  Maybe enraged, but not confused.  I may not be around to see these predictions come to pass, but I do feel some sense of obligation (guilt) to future generations to whom I can offer little more than an apology.

Sorry kids.  We left you with a mess.  We should have done more.