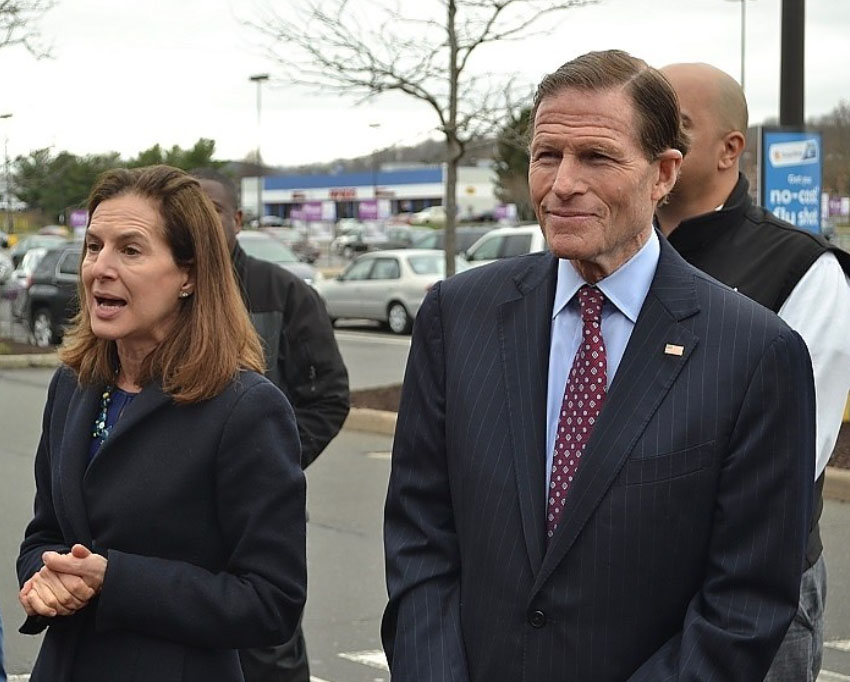 Various news reports from this past weekend have shown Sen. Richard Blumenthal, Lt. Gov. Susan Bysewicz, New Haven Mayor Toni Harp (and possibly others) speaking on behalf of the striking Stop & Shop workers. Stop & Shop management and the labor union have been in contract negotiations, but their differences are still unresolved. Therefore, why are our elected officials taking sides in any labor/management dispute if there is no illegal action taking place?

Sen. Blumenthal clearly needs to stay in Washington and work on legislation that benefits the people of Connecticut and the entire country, which is what he was elected to do. However, he regularly seems to conduct himself as if he were still the attorney general of the state. Perhaps someone should tell him that we currently have a new one, named William Tong, who seems to be quite capable of following in Blumenthal’s footsteps.

Lt. Gov. Bysewicz and New Haven Mayor Harp seem to be following in the footsteps of former Gov. Dannel Malloy by playing favorites in the private sector too, although Malloy seemed to favor management with his First Five/Next Five programs while Bysewicz and Harp are clearly siding with the union workers in this case.

All of the above individuals (and any other elected officials) need to refrain from taking sides in this and any other commercial labor/management disputes that are outside of the governmental sector. Otherwise, the message to companies potentially considering investing in Connecticut is going to be just one more reason against them doing business here.