Greenland is melting and that ain’t good 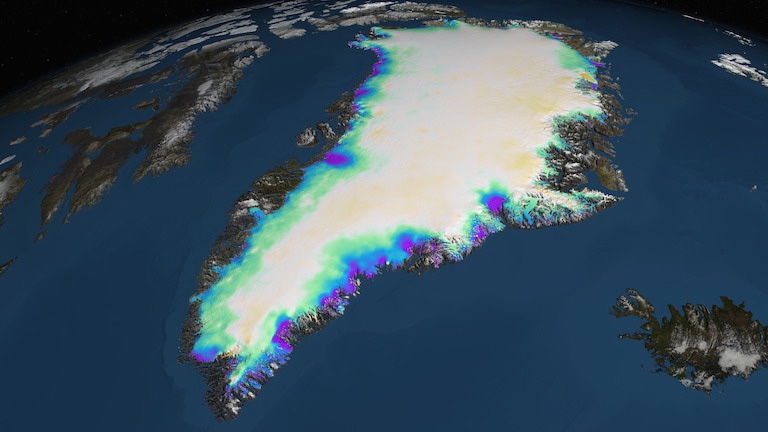 We Americans believe in perpetual progress. We want our children and grandchildren to be better off than we are. It is an admirable and long-held trait. A key reason we declared our independence in 1776 was so we could pursue “Happiness” with a capital H.

So why, one has to ask, are we the people intent upon leaving our descendants a diminished, degraded and dangerous world to inhabit.

I don’t mean to malign all of us. “We the Republicans” would be more accurate. In a Pew Research Center poll earlier this year, just 21 percent of Republicans and Republican-leaning independents agreed that dealing with climate change should be a top priority.

In another recent poll, when asked if the United States should in the future produce 100 percent of its electricity from renewable energy sources like solar power, just 27 percent of Republicans agreed versus 92 percent of Democrats.

Everyone knows where our Republican president and his fellow GOP travelers in the U.S. Congress stand on climate change. They stand pat — even as virtually every climate scientist on the planet is warning of a dire future and as examples of extreme weather proliferate.

So are the scientists wrong and the Republicans right?

Let’s look at Greenland and see. Why should we the American people care about that odd far off island? Well, sorry to report its climate is changing in astonishing ways — in ways predicted by scientists’ climate change models, which have the northern latitudes warming first and faster than the rest of the planet. And what happens to Greenland will trickle down, literally, to where we live.

Greenland’s worrying warming is well documented in a new book, “The Ice at the End of the World: An Epic Journey into Greenland’s Buried Past and Our Perilous Future,” by New York Times reporter Jon Gertner.

Here’s a thumbnail on what is happening up yonder. Roughly 80 percent of Greenland’s land mass is covered with ice, two miles thick in spots, and temperatures of minus 89 degrees Fahrenheit have been recorded there. But Greenland is melting, shedding massive amounts of ice and water each year —300 billion tons now— and the pace of loss is accelerating.

In February 2018, scientists at the northern tip of the island, a mere 400 miles from the North Pole, recorded average daily temperatures for the month that were 45 degrees Fahrenheit above normal. To put that in perspective, if such a phenomena were recorded in February in New York City, the temperature would hover around 80 degrees for 28 days straight.

Gertner reports that Greenland’s average summer temperature is now 7 to 9 degrees warmer than normal. It should be noted that his book is not a polemic. Most of it consists of his engaging accounts of the explorers and scientists who have been drawn to Greenland’s otherworldly hinterlands.

He also makes clear that science is not augury and that there are many possible eventualities for our shared future, albeit most quite troublesome and some downright apocalyptic.

One of the most concerning findings that scientists established by studying Greenland, by drilling deep into its icy core and unlocking the secrets of its frozen past, is that climate change has not always been gradual, as most scientists (and most people) long believed. There have been tipping points in the past when a telltale threshold was crossed, when ice sheets collapsed and temperatures spiked dramatically in a very short period of time.

What if the worst happened? Gertner writes that the scientists who have taken the measure of this odd faraway place and its melting ice calculate that if it all melted away, Greenland alone would account for a sea rise worldwide of nearly 25 feet.

That will be one unhappy world we are bequeathing to posterity. One day, decades hence, children will likely be asking, “Grandma and Grandpa, what were you doing when the earth was warming and the seas were rising?”

2 thoughts on “Greenland is melting and that ain’t good”