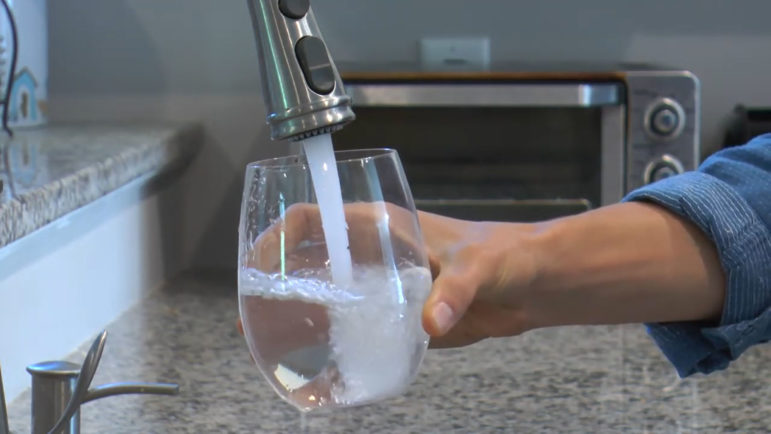 Just under two years ago, I wrote an editorial in the Hartford Courant about the serious problem, spotted by some of my constituents, of sodium increasingly being found in home well water systems. A family in Ellington faced overwhelming amounts of sodium and chloride in their home’s water systems, which didn’t just make their water all but unusable but caused significant and permanent damage to their home’s pipes.

A year ago, to my knowledge, this issue was impacting a few homes in Ellington and Tolland. Today these numbers have increased significantly to more than 30 homes in the region. These numbers are increasing as more people with well-based water systems are getting tests and identifying similar damage. And I expect this issue will continue to impact more individuals in years to come.

Generally, it’s most likely that these issues are happening due to the use of sodium chloride to treat snow and ice on roads. I recognize the importance of mitigating snow and ice, especially in some of the more extreme storms our state has seen in recent years, but variables including consistency, amount used, timing and frequency of applications can all impact sodium seeping into communities – especially considering how close some wells are to homes, and whether storm drains are degrading over time. Those factors have likely led to at least some of these instances.

Two years ago, I said, “we must act now, before more homes are harmed, and more families face difficult decisions.” In my role as a state senator, I took that need to heart. In the most recent legislative session, I was able to work with the Environment Committee and I co-sponsored Senate Bill 1031 in the General Assembly. This bill was intended to ensure commercial applicators of sodium chloride responsibly used the substance to clear road blockages. It would develop training requirements to reduce the effect the chemical can have on private wells and public drinking water supplies, develop certifications for road salt application and create a reporting system for home wells damaged by the run-off.

By putting tracking standards in place, both for the use of these chemicals and to see how deep this issue is impacting our communities, we would be better prepared to confront it, much like legislators have fought to support those impacted by the crumbling concrete foundations issue in the last half-decade.

I am disappointed to report that, while this bill received a public hearing and passed the Environment Committee, it was referred to the Committee on Appropriations, where it did not proceed to the House or Senate floors. I intend to reintroduce it in 2021, but I fear that by then, this issue will continue to impact more families across the state, requiring a larger and more impactful response.

Much like the issue of crumbling concrete foundations, the damage faced by homeowners, and the extensive and expensive repairs that will likely follow, will leave them financially harmed due to an issue that is likely not their fault. We owe it to them to act and support them as they face this challenge. Until I can reintroduce this legislation, I am hoping that we can work with Department of Energy and Environmental Protection, Department of Transportation, local municipalities to prevent further harm and identifying best ways to make these families whole.