How the forever war works 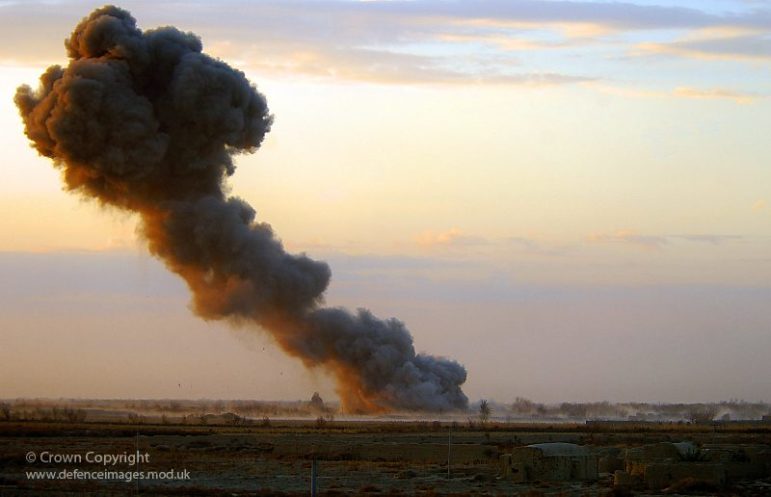 How is it that the withdrawal of so small a contingent of American soldiers — some 2,500– caused the tide to turn so quickly in Afghanistan?

It’s especially odd when you consider that those soldiers were not actually fighting anyway; they were training the troops that were our Afghan allies until those allies surrendered, or recalculated their position, or whatever one wants to call it. What made such a huge and sudden difference in the field?

In a word, bombs. Bombs, missiles, modern-day cannon fire: that is what the U.S. was actually using against the Taliban. When that stopped, the Taliban could move.

The bombing that ramped up during the Trump administration– 2019 was the heaviest year of the war in this regard– plainly didn’t disable the enemy. It kept them out of the major cities, and made it unwise for them to maneuver en masse. It helped to achieve a military stalemate, but showed no sign of ever achieving more.

The people who get us into wars and then decide how to fight them have noticed that, however courageous the soldiers themselves are, the body politic becomes unhappy when the number of soldiers coming home in body bags gets into four figures, as it did in Afghanistan. The limit has come down by at least an order of magnitude since the Viet Nam era, when it took some 55,000 American dead to convince the war-makers that it was time to quit.

Things might be different with a different kind of war. The body politic took the punishment without revolting when the stakes were the establishment of the republic (American Revolution), the preservation of the republic (Civil War), the preservation of slavery (the War of Northern Aggression, same war) and the fate of the world (WWII). Lately, the public has to swallow its losses in the name of some phrase, some slogan — the domino theory, the war on terror, nation-building, or, in the case of Iraq, just a pack of  lies. People are apparently willing to go along with this stuff, to let the war-makers do their thing, but not when the American body-count is in the thousands.

So how will we use violence to enforce our will in distant lands without running up the casualties on our side?  By trying to get other people to do the fighting on the ground, and by dropping bombs. We might not make washing machines or furniture anymore in this country, but we are prodigious munitions-makers.

One of the many this-is-all-wrong commentaries I recently heard about our withdrawal from Afghanistan focused on the fact that the troops there were not “on a combat mission” anymore; Obama ended that.  So, we weren’t losing any soldiers, or hardly any. So why was there any need to pull out?

Nobody is going to own this doctrine, but there it is. “Combat” is distinct from dropping bombs — precisely because you can drop thousands of bombs on some distant land every year for decades without causing a fuss at home. Sure, the result is stalemate rather than any sort of actual victory, but what of it? However many bombs we drop, we will always have more, better and smarter bombs. What’s the problem? Why should this end? American bombs falling in Afghanistan, and wherever our next adventure happens, should be like rain falling in a rain forest– part of the natural order of things.

This is the logic of the modern American forever war. Nobody who advocates it is going to spell it out, but that’s how the thing works.