In support of a 35% tax on ammunition 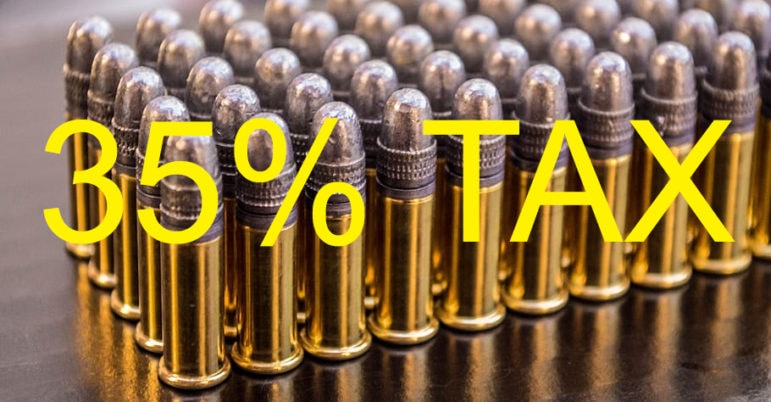 Testimony presented to the House Finance, Revenue and Bonding Committee in support of HB 5040, Establishing an Excise Tax on Ammunition.

According to a 2019 Congressional Report, gun violence costs Connecticut taxpayers $1.2 billion annually. This number accounts for healthcare, criminal justice, lost wages and employer related costs. This number does not include the millions that Connecticut spends to increase security at public schools, public buildings and places of worship.

Currently, we are all paying these costs equally — including the 84% of Connecticut’s law-abiding residents who don’t own guns. We all pay these costs evenly, even though nearly all guns and ammunition that are used in crimes are originally purchased legally by “law abiding” gun owners. Why should the 84% of Connecticut residents who choose not to own guns have to pay the same for gun violence as the 16% who take all the risk by owning them?

We know that more than 70% of gun homicides take place in Connecticut’s four largest cities — Bridgeport, New Haven, Waterbury, and Hartford.  If we invest in evidence-based violence intervention and prevention programs in these four cities, then we can both save lives and the state money.

At 35%, an ammunition excise tax is expected to generate nearly $7 million in revenue to be used to fund evidence-based programming with an emphasis on reducing and preventing urban gun violence.

You will likely hear the following from opponents of this proposal:

Unfair to law-abiding gun owners. Actually it’s just the opposite. The status quo is unfair to the 84% of Connecticut residents who choose not to own guns and ammunition.

A recent NBC CT report estimated that nearly 1,000 legally purchased firearms in Connecticut were stolen and used in crimes in the last 10 years. The total number in our state is much higher as this data was gathered from just a handful of police departments.

Nationally, between 300,000 and 600,000 legally purchased firearms are stolen each year. Nearly all firearms that fall into the hands of criminals enter circulation through a legal purchase. Law-abiding gun owners are responsible for arming criminals, even if it’s unintentional. Asking them to pay more to help reduce and prevent gun violence is both fair and logical.

Hurts business —35% is a starting point. I am open to a conversation about the rate at which most people would not spend the time and money to travel across state lines for ammunition.

Violates the 2nd amendment —It does not. There has been a federal tax on ammunition since 1941, set at 11% of the wholesale price, and both Seattle, Washington and Cook County, Illinois have enacted a local ammunition excise tax. Both measures were challenged in court and both were upheld.

Gives money to advocacy groups —I am proposing that the revenue be used on evidence-based violence intervention and prevention models, not advocacy groups.