Is it too late for the state to say ‘yes’ to an increased tourism campaign? 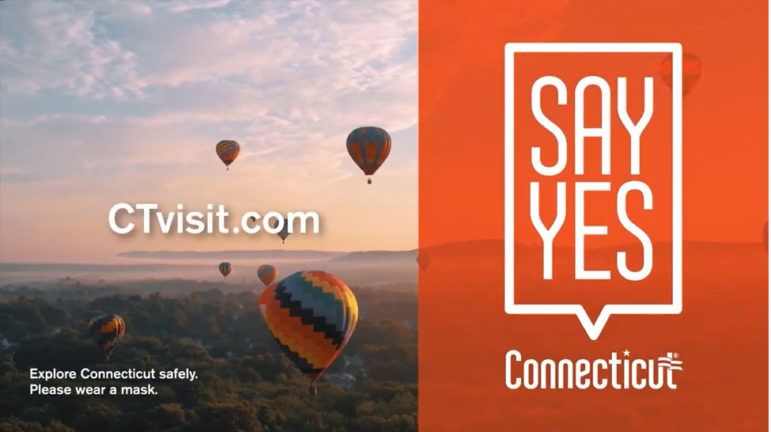 At first glance, the Connecticut tourism communications campaign, with a $1.2 million budget, seems like a great move to support an industry ravaged by COVID over the past 15 months. But is it?

No, not if you look closer at what previous tourism campaigns (during 2019 and Covid in 2020) delivered from a price-to-value relationship for the budget expenditures. It flies in the face of conventional wisdom about wasteful State spending. There’s an actual return that’s tangible. That’s why the $1.2 million budget figure is glaringly low and extremely short-sighted.

The numbers are staggering. The $1.2 million campaign is funded through the Connecticut Office of Tourism’s existing marketing budget. This same budget has had a yo-yo like history, including only $1.00 one year to keep the budget line open in tough times. Last year, the state launched a similarly-sized tourism marketing campaign that generated over 41.4 million TV/video views, 87 million social media impressions, and drove over 795,000 clicks to www.CTvisit.com. At face value, those are significant metrics.

Post-campaign research revealed that those who viewed the campaign expressed a 90% interest in visiting Connecticut within the next two years, and a 122% increase in intent to visit within the next 12 months. According to GPS tracking, 10% of those who saw the digital videos or visited the website actually visited Connecticut tourism businesses within the campaign season. Those are people who actually spent their dollars here, not in our neighboring states. If you do the math, the campaign paid for itself several times over. Imagine that, a State of Connecticut program that delivers income to businesses. Given that success, why wasn’t the tourism budget increased in 2021? You would have thought they would have doubled down to drive more revenue to businesses that are starved for income, having gotten hammered in 2020. There’s a dearth of bold thinking and action that’s so Connecticut.

Tourism campaigns have a sense of overall sameness that tends to be formulaic in execution. Very few are standouts such as “Pure Michigan.” The “Say Yes to Connecticut” campaign works strategically based upon people saying “no” to so many things over the past 15 months. It doesn’t feature any strategic insights that are breakthrough; however, they’re smart at the same time. The executions are beautifully shot and creatively render the individual attractions  — creativity that is motivational and promissory to the viewer. Nothing memorable, but workmanlike in the ability to drive tourism/tourism spending in the State. That’s a plus.

The campaign checks all the requisite communications boxes that drive metrics.

The plan is sound, well thought out and, importantly, measurable. It’s solid and certainly worth far more budget spend.

At a time when increased interest in traveling is upon us, and potentially exceeding 2019 levels, it’s time to think big Connecticut. Matching the budget of the previous years reeks of the behavior of the “land of steady habits.” It’s small and cautionary, not bold or decisive.
2020 was a year that decimated many tourism-related businesses, not to mention the arts. They are without question worth more than a $1.2 million budget. Say “yes” to investing more robustly in the tourism business, today and in the future. The return far outweighs the risk. The numbers bear this out. Think big Connecticut.

Bill Field is Principal at FieldActivate, a branding firm