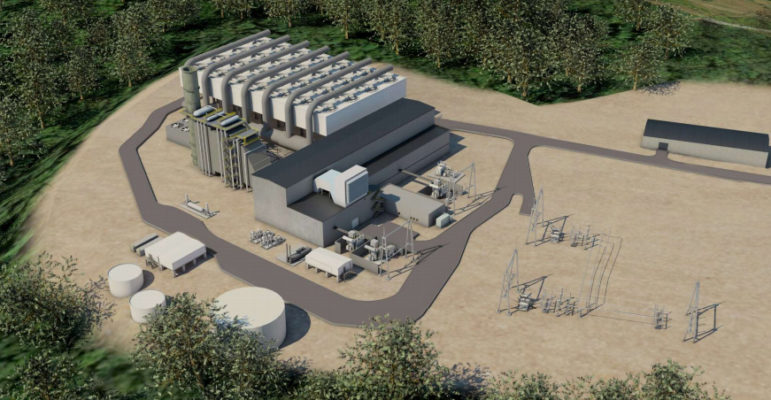 A rendering of the proposed Killingly Energy Center generation facility.

The 30,000 men and women of the Connecticut State Building Trades unions, were shocked and gravely disappointed by the Gov. Ned Lamont’s quotes, “I don’t want to build Killingly” and that the administration could “play some games there,” referring to slowing the permitting process at DEEP.

These quotes are deeply hurtful to the hardworking members of the Building Trades unions who have been especially hard hit during the pandemic. To have 600 unionized construction jobs and over 1 million work hours of union labor for area workers casually dismissed by the governor truly disrespects our members.

The governor’s comments also put at risk future construction projects for our members. For five years NTE Energy has played by the state’s rules and the project was approved by the Sitting Council. If a project can be stopped in Connecticut by “playing some games” at the 11th hour, who’s going to invest in Connecticut?

The project will also provide cleaner, more reliable and cheaper energy to support our manufacturing base. For Connecticut to achieve its zero carbon goals, it is essential that older, higher-polluting coal and oil-fired plants be replaced in the short term with natural gas-fired facilities capable of meeting the region’s energy needs.

As the state works to recover from the impacts of COVID-19, now is not the time to turn away from a needed project that will add jobs and revenue for the state treasury.

Joe Toner is the Business Manager  for Iron Workers Local 15 and President of the Greater Hartford-New Britain Building Trades Council.