Journalism needs to regain its credibility 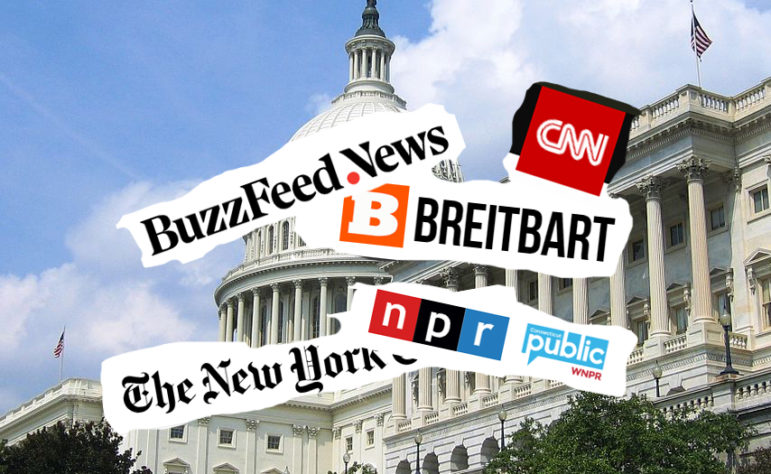 Years ago when I was running for the Republican nomination for U.S. Senate, a patient was referred to me for decreased vision. This patient was aware my campaign and was an unrepentant liberal. Thus, our meeting began with a spirited but cordial discussion over our political differences. Eventually we agreed to disagree.

Our attention then turned to the real reason for his visit, his eyesight. I examined him and concluded that changing his glasses would result in minimal improvement in his vision and that if he wanted to see better, he needed cataract surgery. Without hesitation, this patient consented to put his eyesight in my hands.

I am not recounting this story to market my skills as a physician. I am telling it because even though this patient knew I had strong political differences with him, it never even dawned on him that it would affect his care. This patient knew that I was a member of a profession that promised to always put his interests first, regardless of his race, social class, insurance status, gender or political views.

Perhaps there was a time when journalism commanded such respect, but not anymore. While journalists have always been left of center, most took pride in their work, and accurately reported events free of political bias. The mantra of journalism once was, “If your mother says she loves you, check it out.”

But with the rise of Donald Trump, many journalists have heaved objectivity out the window. The inflection point occurred when Jim Rutenberg, a reporter for the so-call paper of record, The New York Times, wrote the following on August 7, 2016, several months before Trump was elected: “If you’re a working journalist and you believe that Donald J. Trump is a demagogue playing to the nation’s worst racist and nationalistic tendencies, that he cozies up to anti-American dictators and that he would be dangerous with control of the United States nuclear codes, how the heck are you supposed to cover him?”

Rutenberg then answers his own question: “Because if you believe all of those things, you have to throw out the textbook American journalism has been using for the better part of the past half-century, if not longer, and approach it in a way you’ve never approached anything in your career.”

And that is exactly what happened; the textbook of American journalism has been thrown out. The attacks on President Trump by the media have been brutal and unrelenting. A Harvard study concluded that over 90 percent of the press coverage of Trump is negative. In fact, a former editor for The New York Times Jill Abramson in her recent book, The Merchants of Truth states “the more anti-Trump the Times was perceived to be, the more it was mistrusted for being biased.”

Media bias was truly obvious when a web site called BuzzFeed reported recently that “anonymous sources” had informed them that there was evidence that Donald Trump had directed his former attorney Michael Cohen to lie to Congress. Major news outlets immediately started chortling that Trump’s impeachment was imminent without bothering to see if the story was accurate.

That was until a spokesman for the Mueller investigation made the following statement: “BuzzFeed’s description of specific statements to the special counsel’s office, and characterization of documents and testimony obtained by this office, regarding Michael Cohen’s congressional testimony are not accurate.”

Perhaps after President Trump leaves office, journalism will return to its roots. But for now, President Trump’s accusations of “fake news” have a ring of truth. And as for the liberal patient who trusted me with his sight, he got an excellent result from his surgery, as did his wife – who was even more liberal than he was.

6 thoughts on “Journalism needs to regain its credibility”