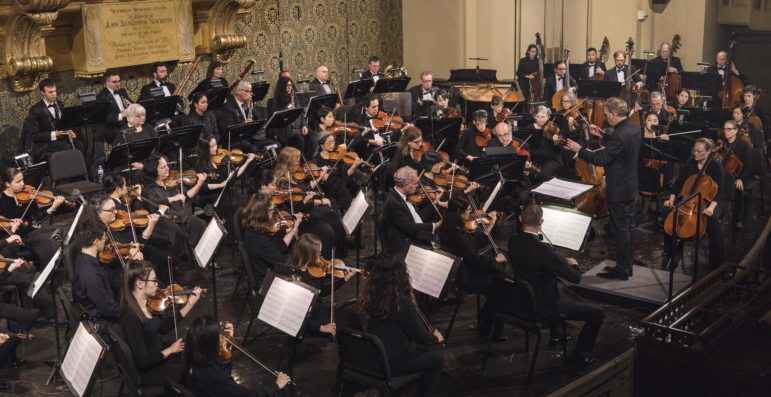 Musicians in the New Haven Symphony Orchestra are technically freelance, normally ineligible for unemployment benefits. Under the coronavirus stimulus, they now are eligible. The orchestra also has a musicians relief fund using money from ticketholders who have declined reimbursements.

The Save Our Stages Act will direct the Small Business Administration to provide grants to deserving venues equal to either 45 percent of their operating costs from the 2019 calendar year, or $12 million, whichever is the lesser cost. Under this bill, the SBA could also make supplemental grants to these eligible businesses if operators demonstrate a need.

The short-term benefits this bill will provide to Connecticut musicians and venues are incalculable.

State officials allowed venues to reopen under limited conditions in early October but under strict capacity caps (25 people for indoor venues and double that for outside spaces). These aren’t great numbers for the businesses and musicians that are dependent on crowds to survive.

The venues that are open right now are the lucky ones. Over 600 Connecticut restaurants, caterers, and private event venues have shuttered since COVID struck. Connecticut Restaurant Association Executive Director Scott Dolch says the industry “is on the verge of collapse” and more venues will go out of business unless our lawmakers do something about it.

Through providing significant economic relief, the Save Our Stages Act will prevent Dolch’s doom and gloom assessment of the industry from coming to fruition, at least for the time being. That said, monetary relief — while necessary at this juncture — is just providing a shot in the arm for Connecticut’s musicians and venues. To keep the industry’s boat permanently afloat, all three branches of government must also add further safeguards that protect their proprietary business information, particularly their intellectual property (IP).

Intellectual property is Connecticut musicians’ livelihood. Without it, their careers would come to a quick end. That’s why it’s so concerning that big corporations are working overtime this year to set precedents in the courts that would allow them to begin legally using and abusing it.

Take, for example, Google, which is seemingly trying to weaken the definition of “fair use” through the courts so it can begin exploiting others’ intellectual property.

Fair use is an exemption to copyright law that’s typically reserved for non-commercial uses, such as including quotes and excerpts within news reports or school lesson plans. But now, Google — through a decade’s long legal case, Google v. Oracle — is arguing that its verbatim copy of over 11,000 lines of code for a commercial purpose (creating Android) should qualify as fair use.

Make no mistake about it: if Google succeeds, it won’t bode well for the music industry, which would begin to see its own IP come at risk.

The Recording Industry Association of America understands this point. That’s why it filed a lengthy brief in the case against Google’s position. It said that its members “depend on an appropriately balanced fair use doctrine that furthers the purposes of copyright law, including the rights to control the reproduction and distribution of copyrighted works, to create derivative works, and to license the creation of derivative works.”

Thankfully, the RIAA’s concerns do not appear to have fallen on deaf ears. During the Supreme Court’s oral arguments for this case, Justice Brett Kavanaugh directly compared this Google case to the music industry. He stated, “You’re not allowed to copy a song just because it’s the only way to express that song. Why is that principle not in play here” in this case?
With American lawmakers fighting for IP protection against agitators like China, the courts shouldn’t cave to Google lawyers that essentially want to legalize IP theft. IP theft from abroad has already cost America trillions of dollars. Legalizing it at home would be a catastrophic mistake.

Congress’ effort to protect the music industry during this time of great distress deserves the praise of Connecticut’s musicians and live venue owners. Now, the courts just need to finish the job and ensure that big corporations can’t undercut Congress’ relief measures for the industry in this vulnerable hour.

Matt Fitzgibbons is an award-winning Connecticut songwriter and the founder and publisher of PatriotMusic.com