Latinos are becoming a more effective social and political force 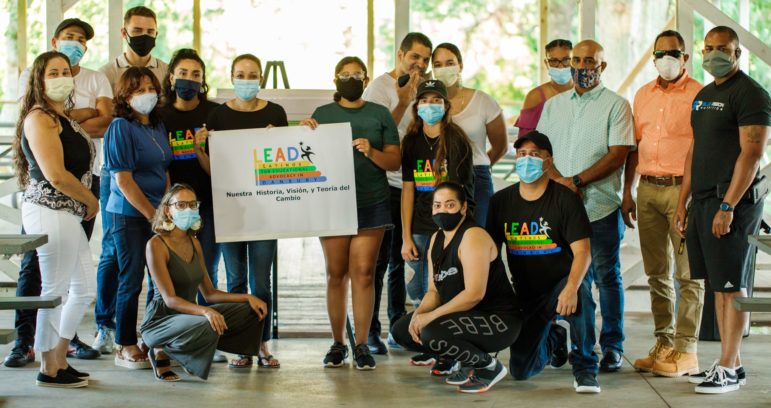 Latinos for Educational Advocacy in Danbury

Our history is dotted with examples of immigrant communities finding their unified voice and identity. Nothing amplifies the virtues of the American Dream as loudly as the blossoming of a new immigrant community.

The Latino population is growing in leaps and bounds every year. The latest census figures estimate that the Latino population has reached about 65 million nationwide and is about 20% of our total population. Latinos continue to be the fastest-growing demographic in the United States.

But Latinos are not a homogenous demographic; We are composed of many races and ethnicities and political affiliations. The Latinx community in the United States represents 22 different nationalities.

The Latinx community has become an economic powerhouse that continues to shape the essence of the United States. The most critical piece and challenge of this new Latino revival will be creating a new Latino conspicuousness of Hispanidad. Our Latino identity must tap into our common language and our Spanish, Native American, and African Heritage.

We are at the cusp of a massive shift to lead our nation to a more prosperous and equitable society. Latinos continue to reassess the traditional political parties in this new revival. In the coming decades, both the Republican Party and Democratic party must seriously evaluate their strategies to engage and maintain the loyalty of such a complex block of voters.

Latinos hold conservative values of independence, patriotism, and mistrust of too much government power. At the same time, new immigrants appreciate the importance of social programs that support the community. Thus Latinos are ripped for a new form of centrist politics that is more objective and stands clear of radical ideologies.

A group of parents formed Latinos for Education Advocacy and Diversity to be an active voice for families throughout Connecticut.

LEAD understands that through a system of excellent educational options such as charter schools and more vocational programs, our communities will have a mechanism for opportunities and growth. Our families and small business owners will have access to the tools to achieve financial independence and improve their quality of life through financial literacy.

LEAD will become an authority on Latin American history and culture. Our shared history and contributions are a critical unifying piece that will give community members pride and a sense of belonging in the United States.

Latinos need to understand that although much of our history has been erased, stolen, or ignored, that fact remains that Latinos have been an invaluable part of the creation of the United States. To know that the first European colony of the United States was not Jamestown or Plymouth Rock but actually Saint Augustine.

That the first European language spoken in the continental United States was not English but Spanish. Bernardo de Galves, the Latino general who defeated the British at Fort Bute, Baton Rouge, Pensacola, stopped the British plan to trap Washington by sailing the British fleet up the Mississippi River. These victories by Galves and the Spanish assistance of cattle, rifles, gunpowder, and uniforms were the most critical part of our independence’s survival and eventual success.

Until the rest of the country learns these facts and all Latinos feel pride in this nation and realize that we have also been significant contributors, we will never develop that feeling of belonging.

LEAD has expanded to Hartford, East Hartford, Waterbury, Bridgeport, New London, and Norwich. We have grown from a group trying to open a charter school to a state-wide movement that will eventually become a national voice of unity and purpose for all Latinos.

LEAD offers a path of empowerment, self-sufficiency, and pride. We have the essence of sugar cane in our bones and the fantastic legacy of empires in our blood. With flavor, with rhythm in our steps, Latinos will move forward. Without having to conform to the status quo, we will chart a new shining path.

LEAD will be inaugurating its community center and state headquarters in Danbury. Please join us as a LEAD member as we grow with like-minded people to bring a voice and representation to the voiceless and marginalized. United, we are stronger.

Sandra Ferreira of Danbury is Deputy CEO for Latinos for Education Advocacy and Diversity.