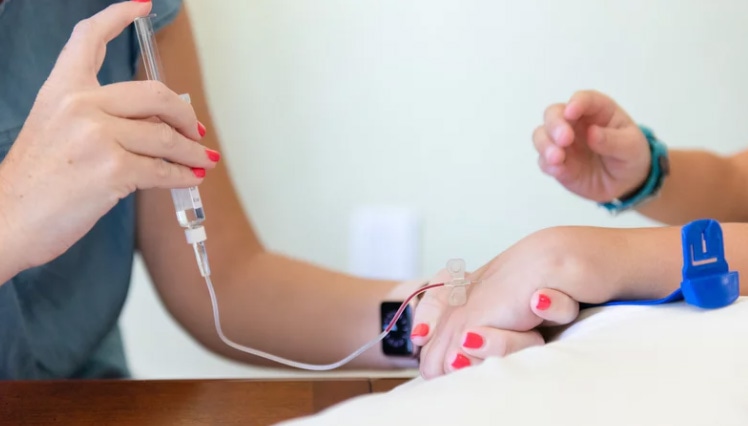 At a time when access to health care and awareness of related disparities are at the forefront of our minds, it only makes sense to pass legislation in Connecticut that continues to allow residents to afford the treatments their doctors prescribe. SB 1003 will do just that.

For many patients, treatment options for diseases like hemophilia and other chronic conditions are limited. Even for those with insurance, costs passed on by insurance companies can put medications at an expense level that’s out of reach. Proposals like that we’ve seen from Govs. Ned Lamont and Charlie Baker recently would actually do little to control the costs that patients pay but could put the brakes on the research we depend on to advance the care and treatments we need.

On the other hand, legislation like SB 1003 directly impacts what patients spend out of pocket for their lifesaving treatments by enabling them to make use of co-pay assistance programs without undue penalties being imposed by their insurance company and prohibiting the use of co-pay accumulator programs in the state.

For years, pharmaceutical manufacturers have sought to help patients with out-of-pocket costs by offering co-pay assistance programs. How do they work? If you have a co-pay requirement for your medication of $100, and co-pay assistance for $50, you pay $50 and the manufacturer pays $50 to your insurance company so you can have the medication. Until recently, all $100 would go towards your maximum out of pocket costs or deductible.

Now however, co-pay accumulator programs have changed that math.

Copay accumulator adjusters are a new cost-containment technique that have proliferated in the last few years and are currently found in roughly 80 percent of commercial health plans. Accumulators can be hard to spot, since they are embedded in long, dense plan documents under many deceptive names (such as “out-of-pocket protection programs” or “specialty copay solutions”). Their impact, however, is unmistakable. Insurers that build accumulators into their health plans accept third-party assistance for a patient’s cost-sharing obligations but then refuse to credit that assistance to the patient’s annual deductible or OOP maximum limit, often with little or no advance notice to the patient.

In the previous example, some people might be able to manage a moderate increase to their costs—however, for many more patients, the difference isn’t $50, it could be thousands that they’re suddenly being forced to either pay or go without needed treatments.

Health plans claim that accumulators are needed to prevent third-party assistance from artificially inflating drug prices by incentivizing consumers to purchase costlier brand-name products. However, this argument makes no sense for those with hemophilia or the many other conditions where no generic alternative is available.

This argument is also contradicted by the fact that plans are not simply refusing to accept third-party assistance. Instead, health plans pocket the third-party assistance – and then “double-dip” by again collecting the full cost-sharing amount from the patient. In addition, we understand that health plans may not always apply accumulators uniformly but may discriminatorily target only those with high-cost conditions like hemophilia.

I strongly urge Connecticut lawmakers to follow the lead of five states (Arizona, Georgia, Illinois, Virginia, and West Virginia) as well as Puerto Rico, which have already acted to restrict copay accumulators. Furthermore, recent research by The AIDS Institute documented that protections against copay accumulators did not appreciably increase premiums in either Arizona or Virginia.

Accumulator programs are exceptionally harmful for persons with high-cost conditions like hemophilia because they can force subscribers to pay their entire out-of-pocket maximum early in the calendar year with one of their first prescription fills. Very few individuals can pay $8,550 up-front (or $17,100 for families) in order to receive their monthly shipment of medication that they rely on to prevent or treat bleeding episodes that could otherwise lead to severe joint damage or even death. Patients confronted with such costs may decide they have to discontinue their regular treatment, or possibly turn to the ER for acute care, resulting in far higher treatment costs in both the near- and long-term future.

On behalf of Connecticut residents living with a chronic condition we urge lawmakers to support passage of legislation that will truly impact patients, not stifle innovation. SB 1003 will ensure that patients are able to fully access the cost-sharing assistance available to them.

Richard Pezzillo is the Executive Director of the New England Hemophilia Association and chairs Patients for Prescription Access.