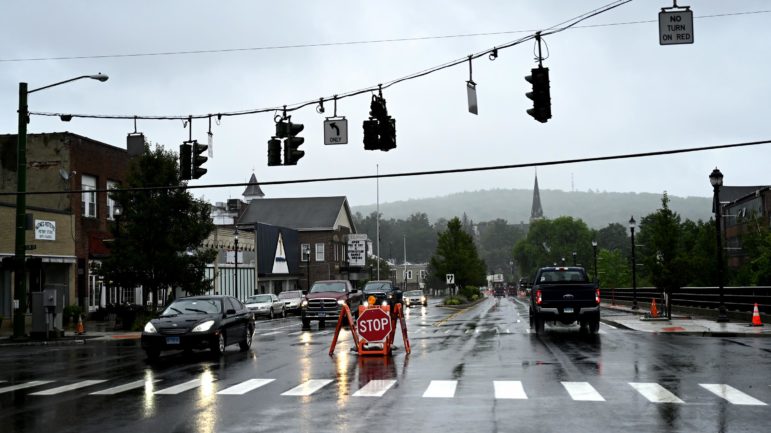 The power is out in the town of Winsted after the arrival of Tropical Storm Isaias on Aug. 4, 2020.

Deplorable storm responses and a vacuum of leadership could be somewhat understandable if it were a one- time event. But no. Extreme weather events occurred with Hurricane Irene in 2011 (767,000 customers powerless) and in 2012 with Sandy (600,000 outages).

Outrage over woefully inadequate response to these weather events led to 2012 legislation that addressed much of what legislators are proposing today: additional performance and customer service standards, grid upgrade, tree maintenance, and reform of the state’s Public Utility Regulatory Agency (PURA). Other elected officials are now demanding the complete state takeover of electric companies.

But do we really need another state agency like the DOT or DMV?

Electric companies are not just responsible for keeping the lights on, but also tracking weather events and preparing for rapid response.

Can the electric company handle the next weather crisis?

They could certainly improve if funds were redirected to tree trimming, upgrade of power lines and augmentation of infrastructure. Instead, Eversource cut critical response staff by 20% and paid excessive bonuses of up to $40 million.  At the same time, a startlingly PURA-approved rate hike shot up three-fold!

The questionable relationship between the Public Utilities Regulatory Authority and the public utility companies is over 100 years old. Throughout that time, there have been a significant number of patches and reworkings of the processes and procedures for delivery of power to the public: all a smoke screen that reliability had been improved. In fact, their bureaucracy has grown exponentially and continues to do so. Currently it is a regulatory, delivery and pricing nightmare.

Connecticut charges the highest rates in the U.S. What is driving up the cost? It is not only utility costs and administrative overhead, but layers of mandated regulations imposed by the state. There are also pass-through fees to cover the state’s own shortfalls. This has made electric rate-making so complex people feel they need a CPA to decipher their monthly bills.

You would think by 2020 our aging transmission infrastructure would have improved, and reliability of the region’s bulk power system would be dependable. These multiple power outages, however, have exposed its weaknesses. It is time to design a new, streamlined, focused public utility industry for Connecticut.

A top down strategic plan should be developed to reduce the risk of future power outages that includes continual tree trimming and burying power lines; thus, eliminating special interests and state budget charges. But top down energy delivery is inherently inefficient and will worsen with congestion. Systems today that generate 650 megawatts of power through largely centralized plants require moving that power down to 25 KV for residential power. Development of user level generation could take pressure off the grid. Putting power in the hands of the customers is gaining ground. More people are installing backup generators. Investment in making these generators more efficient is a wise use of capital.  Conservation will help, but we must also develop new technologies for homes and businesses.

There are a lot of smart, experienced, talented, and committed people in our state. They need to get in a room, leave their egos and personal biases at the door, and help bring Connecticut into a new era of power delivery.

While we work to develop decentralized solutions, we must address today’s critical problems of an aging and increasingly ineffective and unreliable system for electricity delivery.

Although legislators enacted a myriad of rules in 2012 that once again are being proposed, none of them helped to improve response time in 2020. Trees keep falling across power lines.  Mother Nature does not care about our power needs.  She is relentless and unstoppable.  We must go around her.  Connecticut placed 69 miles of high voltage transmission lines underground from 2006 to 2009.  A continuous program of moving lines underground that is more impervious to damage is imperative.

It has been nine years since Irene as we wring our hands about the cost of burying the power lines. But how much did the last storm cost us?

They say that repeating the same thing over and over while expecting different results is the definition of insanity. It is time for a change before the next storm once again leaves us powerless.