Let’s have a full time — and smaller — state legislature

Our current form of government is dysfunctional and has no accountability 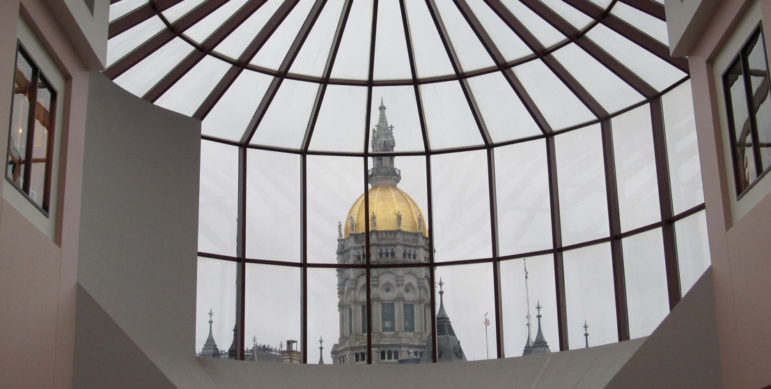 My girlfriend, an educated teacher and longtime resident, can’t believe the Connecticut legislature doesn’t vote on anything for either seven or nine months a year.  Every citizen should spend three days of their life at the legislature and witness the dysfunction first hand.

It has created a system of no accountability and massive entitlement.  Until ‘we’ fix it, it doesn’t matter who the governor is.  Gov. M. Jodi Rell is a very nice lady, she just didn’t accomplish much.  John Rowland was indebted to both public unions and private contractors as much or more than either Govs. Dannel Malloy or Ned Lamont.  Governors in Connecticut simply have no choice because they are too weak and the legislature has no accountability.

I said ‘we’…that means the citizens of Connecticut.  Because the legislature will not fix itself.  It doesn’t even view itself as dysfunctional or broken.  It should be much smaller, full-time, and unicameral.  Two separate houses are unneeded in a state as small as ours and creates duplicate bills that often never see the light of day. The annual Bacchanalia engulfs the legislative office building each year as they try to craft a budget in the last two weeks, and everything else gets dropped.

The probate educational redistricting map from last year may be a non-starter for education reform, but it is a great way forward for legislative reform.  Get rid of senators completely.  Let there be one full-time representative for every 50,000 people in Connecticut, broken down according to the probate map.  Three and a half million residents would mean 70 representatives.  Pay them $90K per year, for year round round work, with a calendar that votes on legislation four to six times per year.  And then hold them accountable.  Oh…and only two terms for anyone.

I’m seriously considering running for governor and my goal would be to piss off everyone, until we solve the problems.  I want to drive a stake through the heart of the status quo …and perhaps draw and quarter any special interest lobbyist who dares show his or her face in Hartford.