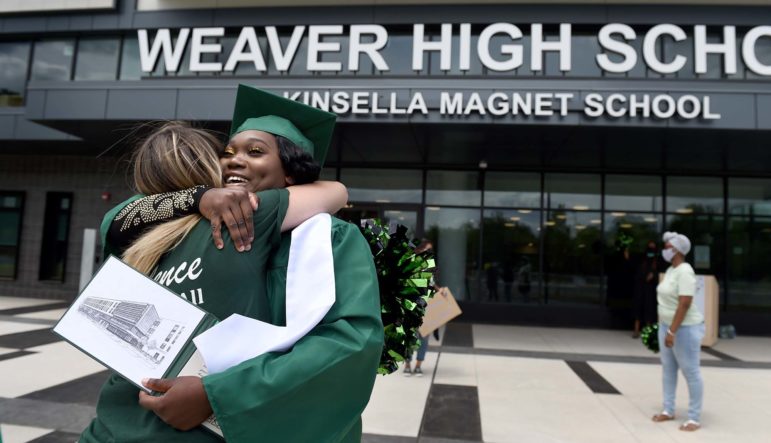 Coming out of the long dark tunnel of the COVID-19 shutdown, everyone wants to get back to normal. I suggest getting back to better – especially in education. And much better.

Remember 1957 when Russia launched its Sputnik satellite into orbit? Despite America’s superior industrial and military prowess, launching a space satellite was something we were unable to do. It was a sudden intellectual and emotional shock to the country, provoking fear, and anguish.

Ultimately however, the nation came together for a monumental expansion of teaching math and science in the urgent development of technology and industry for space. The goal was clear: catch up with and get ahead of the Russians in space. We did it.

Once again, we see other countries getting ahead of us by controlling the COVID-19 virus. It’s hard to see a clear goal and coherent national strategy to recover.

The response — a hint of hope:

What we are seeing, in contrast to a clear goal and national response strategy, is a series of almost instantaneous reflex coping reactions. Hospitals scramble to put up temporary beds. Businesses, government, and service agencies flip to virtual communication and remote operations. Citizens take defensive action – self-isolation, masks, hand washing, distancing, obsessive cleaning, testing. The medical world is gearing up hundreds of studies to find medicines and vaccines.

Education may be a special case. Here the coping reactions are — surprisingly — opening paths to fundamental improvement, getting to better not just getting back to normal.

A major early childhood education program serving up to a thousand children a year shut down. Almost instantly the teachers and family service workers got on their phones and computers to establish direct contact with parents. Consultations followed. In some cases, daily follow-up calls. For everyone at least weekly calls. Video lessons. Distribution of teaching materials. Parents were becoming co-teachers of their children. Teachers were learning to orchestrate parent/child/teacher interaction. The agency was thrown into direct and robust engagement with families – a long sought strategic goal – not as part of a long-range plan, but instantly in response to the COVID-19 shutdown.

If some of us see “others” as “disposable” we are all disposable.

Can education do it?

Education has helped elevate society for centuries. Education was at the forefront of the struggle to overcome systemic racism. In 1954 in Brown vs. Board of Education of Topeka Kansas the Supreme Court ruled against segregation in public schools. The Federal Education Acts in mid-20th century further promoted equity, sustained learning for the industrial era and began education for the digital era in the late 20th century. Recognizing the need for greater accountability, educators in the 21st century promoted “outcome” oriented management of education.

Collaborations such as “Cradle to Career” have accelerated progress for children through collective impact. Collaboration between education and community development efforts are expanding education’s effect on communities. What other segment of organized society has such credentials?

The next era in public education may be unfolding before our eyes. Teachers in classrooms teach basic skills and the existential challenges as relevant to their students. School districts step-up their game to raise basic scores but also commitment to lifelong learning. Educational leaders assemble community educational councils to engage with many other civic partners to work together on specific improvements in community well-being. This is what educators can do. And they can do this while re-opening operations.

Getting on this path is what I mean by opening to better.

Robert A. Neiman is a management consultant who has worked with business, government, education, and medical care over four decades to accelerate achievement of strategic change.