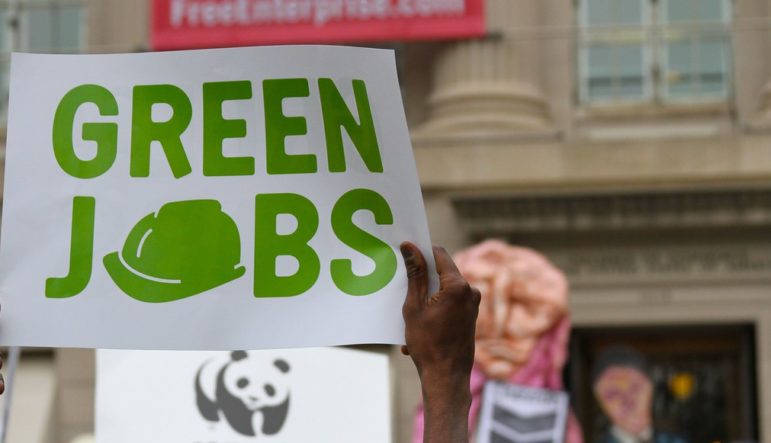 There is finally a light at the end of the COVID-19 tunnel. But still looming behind it is a crisis that will dwarf the coronavirus pandemic in its threat level, duration, cost, and the necessity for dramatic change: the climate crisis.

Big challenges require commensurate responses. Connecticut is meeting the challenge with climate policy to reduce greenhouse gases and transition from fossil fuels to clean and renewable energy. As part of our climate policy, it is also critical that Connecticut ensure a technically advanced, sustainable labor force, and provides good jobs for workers and communities in clean and renewable energy development.

This legislative session, elected representatives are considering a bill to address this issue. Passing SB 999, An Act Concerning a Just Transition to Climate-Protective Energy Production and Community Investment, gets to the heart of what will be needed as climate shifts continue to displace millions of people from their homes and disrupt society.

Community benefits would require utility-scale renewable energy projects that receive state assistance to craft a “community benefits agreement” ensuring localities hosting renewable projects are benefiting from the opportunities these projects can produce, such as local jobs. Additionally, projects of a certain magnitude will need to pay a prevailing wage and use Connecticut workers through the use of a Project Labor Agreement (PLA).

In the 1930s, manufacturing became the dominant driver of the U.S. economy and a major generator of employment. But those jobs were dangerous, exhausting, and low-paid. It was only after the industry unionized that these jobs became the primary path to middle-class membership.

Now, as the economy shifts and clean technology jobs increase, we have an opportunity to make energy jobs the new path to economic prosperity instead of settling at poverty wages as many retail jobs have.

This is particularly important so workers displaced from fossil fuel-related jobs into renewables will experience the least amount of disruption and the most support possible —a process known as “just transition.” A just transition can also include diversifying workforces to address past racial inequities and require renewable energy jobs to have family-sustaining wages. If we establish renewable energy “green” jobs as desirable and stable, then we have a chance of getting through this crisis in good economic health.

A PLA also keeps projects on schedule while only marginally reducing wealthy developers’ profits. Simply put, supporting this bill will be a pivotal moment for our state, and our nation, which will set the bar for years to come.

This approach is a winning equation that creates good jobs for Connecticut while we move into a clean energy future instead of allowing renewable energy jobs to become the new Walmart. That would be bad for the economy. It would mean that workers previously employed in carbon-intensive sectors slide downward, losing income and future prospects in the process. Likewise, if these jobs do not expand to include more diversity, then they continue to limit opportunities.

The outcome is resistance to climate change mitigation policies, slower adoption of and transition to renewables, and ultimately, the real possibility that we fail to make the necessary changes to avoid disastrous consequences.

To ensure green jobs are good jobs, we urge the legislature to pass SB 999, An Act Concerning a Just Transition to Climate-Protective Energy Production and Community Investment.

John Harrity is Board President of the  Connecticut Roundtable on Climate and Jobs. Samantha Dynowski is State Director of the Sierra Club Connecticut.