Mixed signals on age-restricted projects: marijuana is okay, but menthol is not? 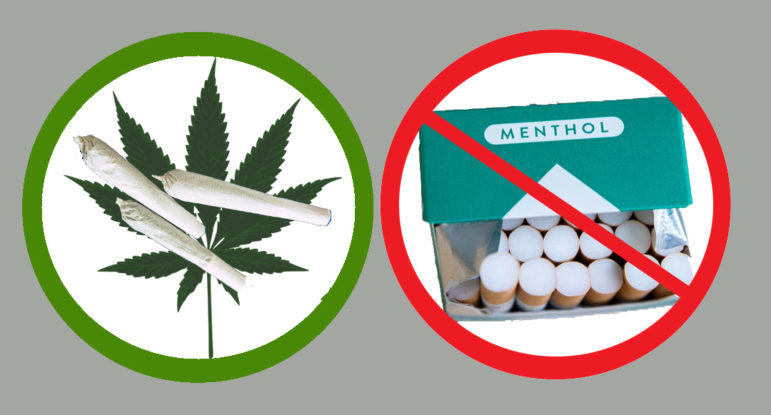 Connecticut is sending mixed signals when it comes to age-restricted products.

Gov. Ned Lamont, along with the support of many in the legislature, wants to legalize adult-use marijuana and sports wagering, in his words “rather than surrender the market to other states or the black market.” But various flavored tobacco ban proposals making their way through the legislature would send menthol cigarettes, mint smokeless and vape into those same black markets. What gives?

Wherever one stands on marijuana and sports wagering, his points are valid. Legalization would bring both out of the shadows of illegal markets to allow for regulation, enforcement and taxation. Yet, when it comes to tobacco, the legislature and governor are taking the exact opposite path, and in the process harming small businesses, costing the state upwards of $150 million, putting public health and safety at risk and infringing on adult civil liberties.

These proposed policies would bring marijuana and gambling out of the shadows while sending menthol cigarettes into them. Not only is this contradictory, it’s also poor policymaking by every measure.

In 2020, Connecticut collected approximately $170 million dollars in state excise and sales tax revenue for menthol cigarettes alone. This number climbs substantially when you factor in all the other products that would be banned under this legislation including smokeless, cigars, pipe tobacco and electronic nicotine delivery systems (ENDS).

On the other hand, FY23 projections from the governor’s office for legal adult-use marijuana and sports gaming are just $32.6 million and $47.3 million, respectively. Certainly, from a tax revenue collection standpoint, banning flavored tobacco while legalizing marijuana and sports betting would be a fiscal step backwards.

The lost tax revenue from a flavored tobacco ban is just the beginning of the tally. As loyal convenience store customers frequent their neighborhood stores less, they will take with them other purchases, including lottery games. This multiplying effect is hard to quantify, but Massachusetts convenience stores, statewide, have seen a 10 percent in-store sales reduction since the June 2020 flavored tobacco ban went into effect, with significantly greater losses in communities with higher menthol sales.

On the surface, this may appear to be a good thing as it would imply adults are smoking less. But the tens of thousands of adults who enjoy flavored tobacco products haven’t given up the legal products they prefer. Instead, they are simply obtaining them in places like New Hampshire, the number one cigarette export state in the United States due to its relatively low tax rate. These “cigarette runs” to New Hampshire and other states are common based on estimated savings of approximately $60 per carton. Once again, Connecticut can learn from the Massachusetts mistake as sales of menthol cigarettes in New Hampshire since June 2020 are up 27.5 percent.

It is the job of anti-tobacco advocates to sling silver-arrows like SB326, but it is the job of government to recognize and measure the consequences of overreaching policies with dangerous consequences. As we have said time and again, you don’t have to like tobacco or ENDS, but you do need to accept these are legal, adult products with tremendous market demand. And where there is demand there is a market – always.

The only question is, should the market be legal, licensed, regulated, enforced and taxed, as it is today? Or should it be over state lines, online or in the shadows of a black market where it cannot be regulated or enforced and where the resources do not exist to manage the inevitable negative consequences?

The governor made it clear what he prefers for marijuana and sports betting. Now the same logic needs to be applied across all age-restricted products without exception.