It's a proposal so distasteful that we hope it isn't real 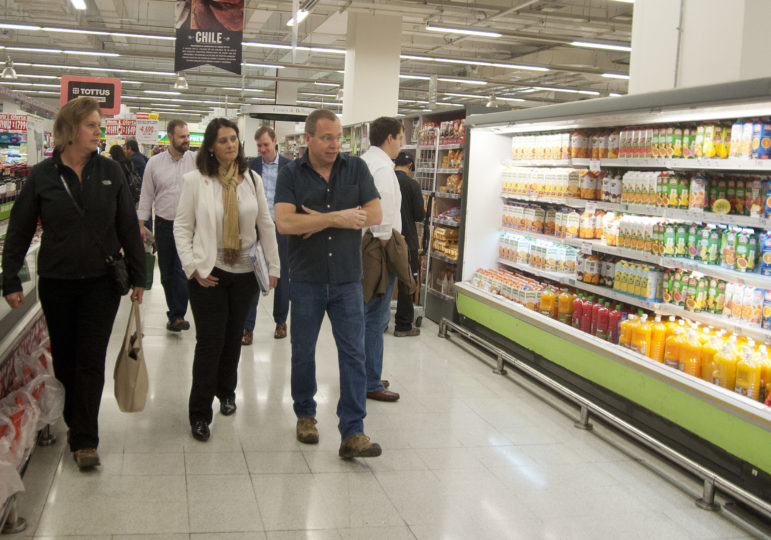 Taxing groceries will cause hardship for Connecticut’s low-income families

It should not be a struggle – and certainly not an impossibility – for families to meet their basic needs. Yet it often is, and that’s why organizations like diaper banks exist. While we spend our days trying to get children the things they need to thrive, we all too often see policymakers float proposals that will do the opposite. Gov. Ned Lamont’s reported consideration of a sales tax on groceries and medicine definitely falls into that category.

Nearly half a million people in our state are food insecure, according to the Connecticut Food Bank.  We have consistently found that one in three families struggles to afford an adequate supply of diapers for their children. They are already making choices like: Do I buy diapers or fill my prescription? One in four women and girls reports that she has had to do without period supplies because she could not afford them; and one in five reports missing school, work or a similar commitment as a result.

Connecticut took a major step forward in tax fairness last year when the state stopped taxing diapers and feminine hygiene products. Legislators followed the logic that these products were necessities and therefore shouldn’t be subject to sales tax – just as food and medicine were exempt. Women’s and children’s advocates celebrated, because the sales tax exemption reduced cost and thereby put basic needs in reach of more people who sometimes do without.

Taxing groceries and medicine would take money out of the pockets of people who need it most. Sure, the wealthy also buy these things and would bear some of the burden of a new tax. But if you make $150,000 a year, paying 2 percent more (the figure being circulated now) for your food and medicine probably will not significantly alter your lifestyle. If you make $21,000, the annual salary of a minimum wage worker in Connecticut, you will face impossible choices between things like food, rent, medication, electricity and tampons. That is the nature of regressive taxation. It adds to the daily punishment of living in poverty.

The idea of taxing groceries and medicine comes from the Commission on Fiscal Stability and Economic Growth, a group lead by corporate CEOs. The commission’s membership did not include representatives from labor. There were no voices of those who face barriers to participating in the economy, like people with disabilities or formerly incarcerated residents. The only nonprofit leaders on the commission came from higher education and a foundation. Certainly there was no one on the commission who could remotely be called low-income. Nor was there anyone who on a regular basis is in contact with families who worry about their resources lasting to the end of the month.

The commission is an exceedingly inappropriate place to look for insight into the economy, because it only offers a view from the top. In the stratosphere, it is hard to see the ground – and that’s where the pain will be felt in this proposal. People scraping by will reduce their spending to compensate for the increased tax burden. Thus, in addition to causing pain and risk, taxing food and medicine will depress sales. This is why the Connecticut Food Association, which represents supermarkets, opposes a grocery tax.

The idea of taxing food and medicine is so distasteful and so outside the national norm that we hope it is not a real proposal. Sometimes horrible possibilities are only voiced to make some unpleasant alternative seem relatively palatable by comparison. It is like saying to a child, “If you won’t watch your little brother for five minutes while I take this call, then you can clean out the garage.”

We assume that the new administration is still in the brainstorming stage when it comes to addressing Connecticut’s fiscal problems. Brainstorming works best when different perspectives are in the mix. Corporate executives do not have a monopoly on good ideas. Workers who are low-wage, tipped, participating in the gig economy, underemployed or working past their planned retirement age can all contribute valuable insight. Politicians reach out to these people when they campaign. Why not when they govern?

Janet Stolfi Alfano is executive director of The Diaper Bank of Connecticut. Joanne Samuel Goldblum is CEO of the National Diaper Bank Network and The Alliance for Period Supplies.