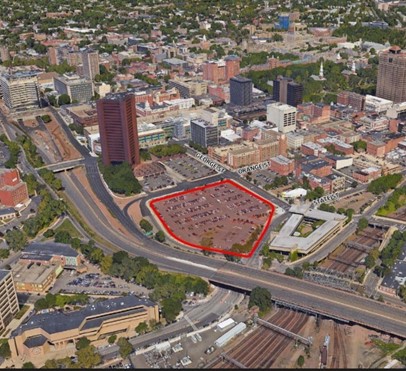 Strategically, the Coliseum site in New Haven may be the most important land in the city. With concurrent efforts to erase the gash of Route 34, cutting the city in half, the Coliseum site carries the potential to ignite whole new neighborhoods infilling to downtown, to the train station, to the Hill and hospital/research campus, and to Wooster Square. It’s the hub of a potentially dynamic wheel. The future core of a new New Haven, coincidentally in the same location as the original core.

Currently, affordable housing controversy bogs down the application for development. On one side of the issue is the waterfall of high-end apartment buildings rising around the city, which testify to the city’s popularity for people with discretionary resources. On the other side is the tremendous lack of housing for those who can’t afford it.

The developer stands in the middle holding a pro forma spreadsheet that must be checked off in order for investors to back the project. So far, the numbers don’t add up. Regulations make affordable units expensive to build and low rents for qualified tenants don’t cover costs.

It used to be that federal, state, and local subsidies filled the gap. But the spigot to those resources dried up. Without subsidies to offer, the conundrum forces the city to consider what some might call drastic measures in forfeiting tax revenue and other measures in order to gain the housing they seek for the lowest-income households.

Within the conundrum lies an ironic tragedy. By forfeiting tax revenue in the interest of affordable housing, the city becomes an unwitting co-conspirator in the explosion of high-end housing. The forfeiture places the foot on the accelerator of increased tax rate and reduced services in order to make up for lost revenue in balancing budgets. The gap between rich and poor widens, and the middle class gets shown the door.

Whereas affordable housing is a vital concern, one needs to be careful not to throw out the baby with the bathwater (the scourge of pushing people into homelessness). We must never abandon the quest to create housing for all, but the “baby” is a left-out group in this quest, in fact an entire left-out generation craving middleclass lifestyles. To some, they may seem unworthy of sympathy. After all they’re most widely known as the “entitlement generation.” 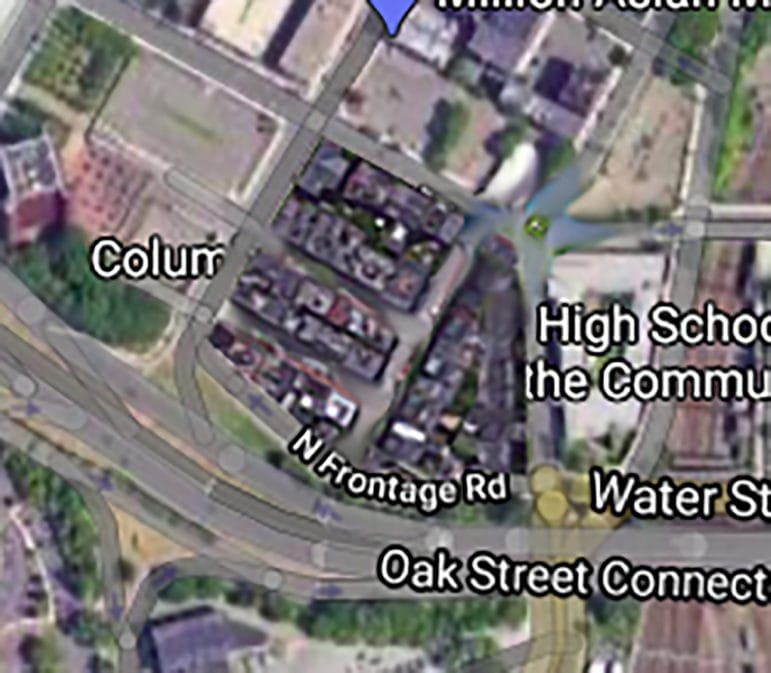 The site developed with streets.

Anne Helen Petersen clears up the “unworthy” in her book, Can’t Even: How the Millennials Became the Burnout Generation. Petersen takes pains to settle the longstanding myth that Millennials are the “entitled” generation. Nothing can be further from the truth.

In point of fact, millennials (of all races, creeds, and colors) are the first generation whose childhoods were relegated to resume building rather than unstructured play, to confusing competition with their peers rather than happy bonding, to insurmountable student debt, and to instability. In our easy denigration, none of us see that their lives are an eternal crapshoot, that their economic position is no different than the City’s lowest income. Plus, they get no notice or respect.

They bounce around between multiple jobs that never last more than a year or two. Multiple jobs never pay enough for food, housing, and student debt payments, which clings to them like stink on a monkey. A vicious cycle. No wonder they live in their parents’ basements, the millennial homeless shelters.

Petersen paints a picture of her generation as a group of people running their fastest on an exhausting marathon and every time they get to within sight of the finish line, it mysteriously moves seven miles further ahead.

They are burned out and angry — angry at their instability, especially as it compares to previous generations’ stability, promised them by all the decades of resume building: life-long jobs, home ownership, comfortable retirements.

Instead of building affordable housing, why not build housing that’s affordable. These missing middle people deserve to be included in a Coliseum neighborhood development: affordable rents, jobs in creative enterprise, and the ability to bond with new friends in a public domain that invites the city in.

They deserve a real neighborhood. And a real life.

Already finding footing in the surrounding area are the first signs of a tech district and micro manufacturing. Innovation and micro-manufacturing are the type of jobs that provide stability to motivated underserved millennials.

Rather than tall expensive apartment buildings cut off from the public by doormen with awkward accommodation of rich and poor, the underserved, including millennials, need affordable walk-up buildings in dense formations that define a public realm where bonding with a diversity of new friends can form, and innovative ideas can take seed.

Benefits for developers and their investors are in the fact that such approach proves to be considerably less expensive, even though it increases the dwelling units (DU) per acre and tax revenues to the city over tall spread apart developments with high rents. The approach is Lean Development, click on link for explanation:

Using lean development, the 4.65-acre coliseum site holds 1,000 dwelling units (all affordable) in 100 small buildings, 1,900 residents, 14 shops and eateries, and five micro-manufacturing facilities. It is a complete neighborhood with all basic needs within easy walking distance. The preliminary rough sketch below shows 3-5 story buildings on three skinny streets over parking for more than 600 cars, depending on water table level.

Developed as a neighborhood project, it will attract all segments of society, but especially those in the missing middle Millennial Generation, crying out for stability and the chance to perform. It’s about time we tap into their incredible resources and wasted talents. Making downtowns better places to live for all is the most sustainable endeavor imaginable at this uncertain point in history.

Robert Orr is a national award-winning architect, urban planner, and one of the originators of New Urbanism. Mark Van Allen has been involved in entrepreneurship, real estate, and technology transfer efforts throughout Connecticut including financial and operating positions in investor-owned partnerships and companies in the U.S. and China.