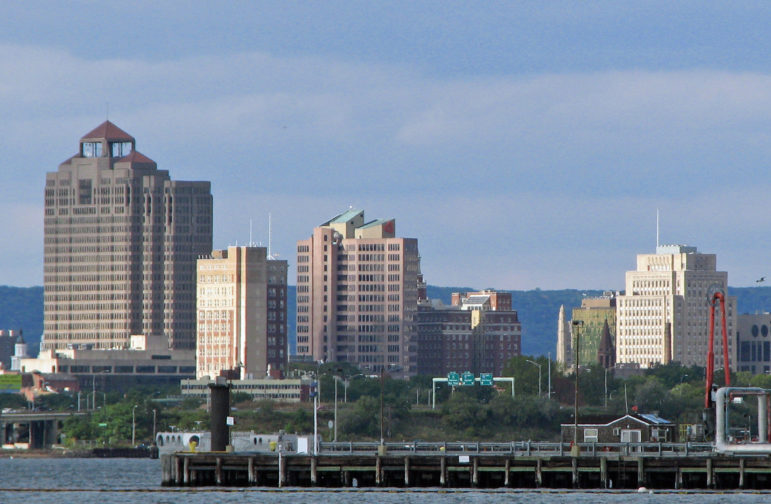 People all around Connecticut should take a strong interest in what its largest cities are doing in the short- and long-term to maintain effective government. In my own case, I have spent a large amount of time looking at New Haven’s finances as well as more time than most citizens looking at those of Hartford, Bridgeport, Waterbury, and the state as well.

Turning specifically to New Haven, and considering its first budget under its new mayor, Justin Elicker: The good news is that it’s the first budget in decades that doesn’t rely on accounting games to create the appearance of short-term financial stability. The bad news is that it shows the ever-tightening fiscal noose around the city’s neck.

First, the good news. Mayor Elicker and his staff have moved heaven and earth to create a truly balanced budget, eliminating vacant positions and achieving various operating efficiencies to reduce costs. Past budgets used to remind me of the myriad ways generally accepted accounting principles can be manipulated by issuers, both corporate and municipal, to create unfair presentations of their financial strength and recent results. Mayor Elicker’s budget is a decisive break from the mendacity of the past.

There are, nevertheless, three problem areas with respect to the budget and the foreseeable budget results for FY’20-’21.

No. 1: The new administration hasn’t yet been able to jettison one of the tried-and-true New Haven devices for “solving” New Haven’s fiscal problems. The pension fund contribution calculations are still based on the Harp Administration’s dangerously optimistic 5% real rate-of-return assumptions (i.e., as conventionally calculated, the excess of the nominal return assumption of 7.75% over the plan’s inflation assumption of 2.75%).

Given the perverse incentives of municipal accounting for pensions, choosing unrealistically high real rates of return not only tends to understate the prudently required contributions to keep employees’ futures safe, but also encourages municipalities to take risks that only investment mavens like David Swensen are able to handle safely. There will be another actuarial valuation (which occurs every other year) this fall.

I am very hopeful given Elicker’s intellectual (and general) honesty that this is the last budget that will include such pie-in-the-sky rate-of-return assumptions, continuing use of which is unhelpful for honest budgeting and contrary to employees’ own long-term best interests.

No. 2: The mayor doesn’t have control over the Board of Education’s ability to ignore their own budget limits and overspend if it suits them. Just as an example of what can happen, based on the most recent monthly report, the board projects spending $6 million over its agreed FY ’19-’20 budget allocation. The Mayor doesn’t control the school board, and if it once again spends profligately,, he should not be held responsible for what is in essence a failure of the state’s approach to educational decision-making.

There are certain long-terms trends that will kill the city if it doesn’t wake up.

No. 3: Mayor Elicker has had to generate a budget at one of the worst times in recent history to do so. The reason: the corona virus. How reliable are the overtime assumptions in the proposed budget when public safety resources will likely be strained, both by citizens needing help and by employees out sick? How safe are the budget’s medical benefits estimates under those circumstances?

On the revenue side, while property tax receipts should be relatively unaffected (I hope), the state’s contribution to the city budget might well be at risk for once. The reason? The Connecticut state budget is one of the country’s most dependent on the personal income tax (PIT), and, given the lop-sided reliance on the very wealthy of Fairfield County, it is also one of the most exposed to the prospective huge decreases in capital gains as we endure a likely sharp recession and bear market as we finally deal with the corona virus as a country. If the state were solidly financed, that might not be important. But the state has dug a deep financial hole over the past several decades where it is terribly exposed to even the slightest national economic problems, let alone a pandemic.

What, then, is the bad news? Regardless of the mayor’s earnest efforts and budgetary truth-telling and even in the absence of a coming pandemic, New Haven is sinking, very gradually, little by little.

Think about it. How did the mayor balance the budget? Well, one important device was the elimination of positions that should be filled if we were to maintain traditional levels of municipal services. If the budget squeeze were merely a short-term problem (like, say, a recession in a city that generally can be counted on to experience regular real economic growth), that would be more than sufficient as a response. But it is not the sort of technique that can be counted on year after year.

There are certain long-terms trends that will kill the city if it doesn’t wake up. These are reasonably summarized in four statistics. Between FY 2016 and 2021 (projected), state support of the city has increased at just over 0% a year (yes, you read that correctly). State support of Hartford, a city with almost a direct overlay of financial and demographic characteristics as New Haven, has increased at 5% per year.

Pension fund contributions, even given the city’s dangerously optimistic return assumptions, have increased at 6% a year. And the total taxable assessed value in the city limits increased at 2% a year. These are not short-term extrapolations. They are trends that will inexorably cause the city to fail, especially in regard to its obligations to its poorest citizens. Yale and Yale-New Haven will survive — even financially prosper as has been the case in this century — but in a dying city.

What is the solution?

I venture two possibilities. My first, potentially quixotic, suggestion is a novel dedication to shared sacrifice among the stakeholders —the state; Yale; Yale-New Haven; the city’s unions; and yes, the taxpayers, who will be called upon to pay higher taxes. These local taxes could potentially rise significantly higher in the long run if any other stakeholders were—either directly or, more likely, slyly and with rhetorical subterfuge—to refuse to act upon the moral obligations of all citizens living in great prosperity when considering the needs of a deserving group of fellow citizens—or their representative, the city government—in increasing real peril.

The second, should no one be particularly interested in sacrificing for the common good (a decidedly 20th century notion, I fear disappearing in the rearview mirror!) would be for the city to seriously consider Chapter 9 bankruptcy.

As Detroit’s experience shows, this procedure can wash away the sins of the past due, e.g., to wasteful and/or corrupt capital investment programs. Detroit now has a good chance to prosper again after decades of unremedied decline. The net effect of bankruptcy would mostly be to reduce the claims of bondholders —this is especially the experience of California cities— although employee COLAs might also be affected (as in the Detroit case).

Unfortunately, the governor’s permission is required for a Connecticut city to file for bankruptcy. It would be certainly better for the citizens of the city, especially the poorest in my judgment, to go through bankruptcy, however temporarily wrenching, compared to the slow, unremarked, seemingly inexorable withering of New Haven civil society as major stakeholders refuse to remedy, or even fully admit, what’s going on in our city and the importance of government in preserving what’s left of it.

James Alexander of New Haven is a former Chair of New Haven’s Financial Review and Audit Commission.  He is retired after a career in corporate finance.