On characterizing Woodbridge as racist without evidence 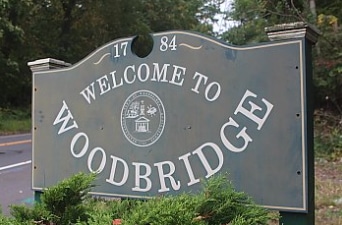 Regarding the Woodbridge case, the state passed a housing law in 1989 (C.G.S. Sec. 8-30g) requiring towns to adopt a certain amount of “assisted housing” and “set aside developments.” Assisted housing is defined as any housing that is constructed with the assistance of government funds for the purpose of developing low-income housing or where the residents thereof receive government rental assistance. Set-aside developments are defined as housing which sets aside various portions of proposed developed units for various low-income level residents.

The expansion of affordable housing through 8-30g in Connecticut has been ineffective and well documented, and very frustrating for affordable housing advocates. One study found that over the last 20 years about 40 Connecticut towns blocked affordable housing proposals. One of the major issues with the policy is that it does not contain an incentive (or enough incentive) for a town to pursue affordable housing, since it generally degrades the quality of housing stock and therefore housing values in the town. This is naturally not well received by existing property owners and leads to semi-flimsy excuses like negative impact on wetlands or public watersheds (due to a lack of public water and sewage facilities) to deny applications.

However, advocates argue that the benefits to the state’s citizens overall and to those looking to escape difficult inner-city conditions outweigh the individual town and property owner’s cost. That is a philosophical value-based argument that does not have a right or wrong answer and having an opinion on such is not the point of this writing.

I write because the assumption by the civil rights attorneys and Yale law students that town opposition is by definition racist should not be legally or morally defensible since there was no evidence presented of any racist actions or laws. Yet, naturally, racism was concluded as the motivation nonetheless. As Town Commissioner Paul Schatz complained to the applicants at a public hearing on Feb. 22: “You essentially called Woodbridge a bunch of racists” in the advocates’ application to expand the town’s zoning code. He pointed out that there is nothing in any of Woodbridge’s zoning laws that mentions race. Woodbridge although largely white, does contain a population of 3.2% Black, 5.7% Hispanic, and 15.7% Asian.

Schatz is correct, as least as the law goes. But what about racial “motivation?” About 8,750 people live in Woodbridge. Presumably the minority population of about one quarter of the town are not racist. Is everyone else of the remaining 6,560 racially motivated? Half of them? 25%? 10%? How do you tell? I guess if they oppose you. As one of Jon Lovitz’s characters used to say: “Yeah that’s the ticket.”

This is an economic issue, not a racial one. If an out-of-towner of any race wants to move in to Woodbridge they may buy whenever they choose as long as they can afford to buy the property. There is no prohibition on buying as evidenced by the 25% minority population that live there now. The cost of property in Woodbridge affects anyone who cannot afford a house there including whites. According to 2017 data, whites have a poverty rate of about 5.9% of the population in Connecticut compared to about 18.6% for Blacks, 22.3% for Hispanics and the high of 23.8% for other.

There is an obvious “disparity” in these numbers. However, when one factors in the percentage of the population these groups make up in Connecticut (whites are 66% or 2.4 million of the total), whites living below the poverty line number over 140,000 which is higher than any other group and means that more whites are affected by Woodbridge’s zoning policies (“kept out”) than other groups.

In recent years the goal posts have increasingly been moved on what constitutes racism. Equality and equity of outcome are now thought to be the same thing. Disparate outcomes are now, in some quarters, equivalent to racism. More and more news and policy topics are being portrayed with race as a driving force or a subtext in the shaping of outcomes for minorities. It would be difficult to find a daily news edition or TV news show that did not hit upon at least one topic, often more, where some disparate problem affecting minorities is not portrayed, with the implication if not outright statement, that the disparity was a result of racism. These days, for an apparent increasing number of people, disparate outcomes (negative ones that is) equals systemic racism.

To be fair, the above evolution of racism and the attorneys bringing the zoning application expansion in Woodbridge are supported by a Supreme Court ruling in 2015 that held that cases can be brought under the U.S. Fair Housing Act even when policies unintentionally “discriminate” and that have a “disparate impact” on minorities. This ruling does not equate disparity to racism, but it has strengthened the belief that they are one and the same. Even without that consequence, I find the ruling to be wrongheaded. It is policy being designed by judges not by the people – although the people through their representatives did approve the 1989 Connecticut law (and reaffirmed it on occasion) which is really designed to achieve the social aim of diversity in every town. This aim, to its advocates, is worth any cost.

This disparity equivalency is just not logical. Any number of factors could account for a disparate outcome. There are almost no outcomes that are not disparate – with the mathematical exception of dividing by two. When one looks at almost any set of statistics, one will not find the same numbers/percentage by race or by anything else. Again, in the case of poverty in Connecticut, there are disparities across age group, county, and gender – and these are just the ones that have been tallied by welfareinfo.org.

The traditional (1960’s onward) thinking of racism as an evil force perpetuated by individuals with demonstrable inequality is a fading concept. Now, any force that results in a negative disparate outcome is considered systemically racist, whether unintentional, unconscious, or just convenient. Positive disparate outcomes for minorities meanwhile are ignored or portrayed as examples of succeeding even with the burden of racism.

Disparity and the evolution of “racism” is a very deep issue and I have barely touched the highlights here. But to be clear, a disparate negative outcome could be an issue of great concern and need for action. I certainly don’t have a problem with discovering disparity and factoring that into public policy. But automatically and without evidence concluding and levelling charges of racism is extremely serious.

So, although the law students/attorneys’ charge that Woodbridge is racist borders on the unethical/frivolous (no attempt at providing actual evidence of racism) it is certainly understandable because it is powerful tool of offense – but it is still morally wrong since it is unsubstantiated. Unfortunately, it is a sign of what is happening across the larger culture – more and more public acceptance of charges without evidence and ignoring reason, a deeply disturbing and growing trend.