No way to run a national election 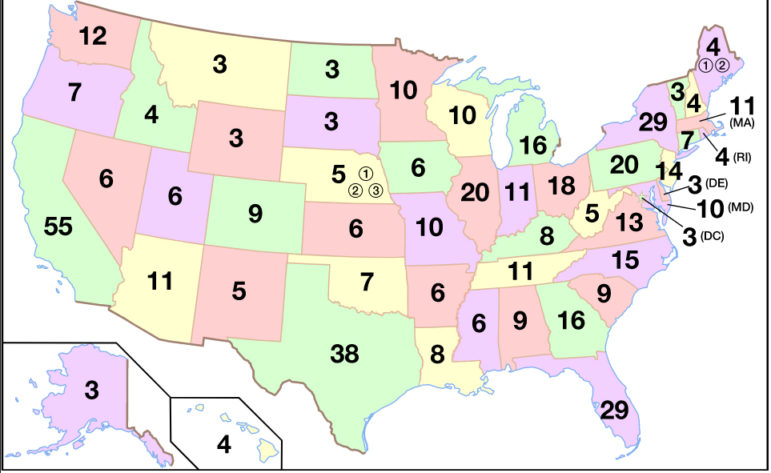 And the (Electoral College) winner is?

This is being written on November 2, Election Day eve, when there is still the possibility that 2020 could be the third time in this young century that a United States President could lose the popular vote and yet win the White House.

George W. Bush, in 2000, and Donald Trump, in 2016, both Republicans, have that dubious distinction. It also occurred in the elections of 1876 and 1888. So it happened twice in the 210 years following America’s first presidential election, in 1788, and now twice (at least) in the last 20 years. Sensing a pattern, anyone?

We owe this pillar of our alleged democracy to the Electoral College, a peculiar remnant of early America, when the founding fathers didn’t trust “we the people.” Not only did voters back then have to be male and white, they also had to own property: no renters need apply.

The Electoral College consists of electors from each state based on the number of its representatives in the U.S. Congress, both House and Senate. So in addition to its one member in the House of Representatives, Wyoming, population roughly 580,000, gets to add its two senators into the mix, for a total of three electors. California, too, can add its two senators to its 53 members of the House to reach 55 electors in the Electoral College.

So California—with nearly 40 million people, or 68 times the population of Wyoming—gets only 18 times the electors. This is an extreme example of a skewed system, but the logic plays out nationwide. Small states have an outsized impact on who wins the White House.

And since neither Wyoming nor California are “battleground states” like Florida or Pennsylvania, voters in both are essentially disenfranchised. Ditto for Connecticut. Of course, if the election were truly decided on the basis of one person one vote, my vote, along with tens of millions of others nationwide —in places like Wyoming— would have more heft.

Further demeaning our franchise is the winner-take-all rule for the vast majority of states. If a candidate wins Connecticut by one vote, she or he gets all of seven of its electoral votes. This essentially disenfranchises half of my state’s voters. If you’re a Republican in Connecticut that should concern you.

There are other peculiarities of our outdated and flawed electoral system. In a national election like this one, states rule voting procedures, and the rules are all over the map. In Connecticut my absentee ballot has to arrive by Election Day to be counted, while in other states they can be counted for days after November 3 if they are simply postmarked by election day. Some states allow early in-person voting and some don’t. Connecticut doesn’t. There are numerous other examples.

Is this anyway to run a national election?

Abolishing the Electoral College would require an amendment to the U.S. Constitution, which is not an easy thing to accomplish. But nearly 60 percent of Americans in a recent poll think we should do just that.

While we are at it, we should look at other aspects of our deeply flawed democracy, such as possibly having a nonpartisan body, rather than political parties, set the boundaries of congressional districts. And let’s let the states run local elections, but federal elections should have uniform rules and procedures so each voter has the same opportunity to vote.