A cult on a global suicide mission 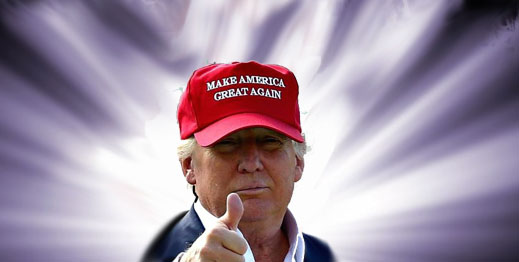 The Republican Party is a cult, much like the one Jim Jones led, only their agenda is suicide for the entire planet. According the latest UN Intergovernmental Panel on Climate Change report, ¨written by 91 authors and 40 review editors, it features 133 contributing authors, 6,000 scientific references, and was subject to over 42,000 expert and government review comments before publication.¨ we have 12 years left until the point of no return.

President Donald Trump doesn´t believe that, and Republicans support him. Instead, he has opened off-shore and Arctic drilling, encouraged coal burning, broke down environmental protections, and made the U.S. number 1: the only country not in the Paris Agreement. The IPCC report was probably too optimistic.

Republicans were elected to govern, but betrayed that trust by allowing Trump to shut down the government, paralyzing checks and balances. They did succeed in lifting sanctions on the Russians.

President Trump, an authoritarian, white nationalist, militarist who lies a lot, led his campaign rallies with the chant ¨build the wall¨ and ¨Mexico will pay for the wall.¨ The crowd cheered. So he was holding the government hostage for a bad idea motivated by fear, racism, and xenophobia. (Xenophobia often precedes a fortress mentality and cultural decline.)

Walls don’t work  Martin Ford writes: ¨… many conservatives in the United States are adamant about securing the border against immigrants who will likely take jobs that few Americans want, with little concern that the virtual border is left completely open to higher-skill workers who take jobs that Americans definitely do want.”

Conservatives, like other fascists, don´t care about people: the shutdown left thousands without pay, DACA kids in legal limbo, the Trump-created humanitarian crisis at the border (a boon to the private prison industry) , and slammed the door on refugees from Central America (some displaced by U.S. interventions.)

Driving people into uncertainty and poverty tends to make them more religious and Republican. Telling them that immigrants are taking away their prosperity helps to make them racists. It has worked for the political right everywhere as it did in Nazi Germany.

In a functioning democracy, immigration policy would be determined by orderly public debate resulting in agreement among branches of government. A President who can ignore checks and balances is a dictator.

Security is a “one-way ratchet.” It is relatively easy for governments to decide to increase security, but it is much harder for them to decrease it. Republicans want guns in schools. After a wall on the Mexican border will there be a wall across Canada? Our surveillance would be the envy of the STASI. The forever war is a sure fire path to national bankruptcy.

In two books, Timothy Snyder of Yale commented in 2017 that we have about a year to defend American Democracy — perhaps less. Trump’s attacks on democracy are in plain sight. Time’s up.

Milos Zeman, president of the Czech Republic in discussion with Steve Bannon warned ‘Tell Trump you didn’t learn from Hitler. You can’t fight on two fronts. You can’t take on radical Islam and China. You will end up in the bunker, like Hitler.”

David Leonhardt (NYT) pointed out there is plenty of reason to remove Trump. That´s the simple solution to the shutdown problem. Beyond that, it is important to remove Republicans from public office. After all they don’t like government, which is why they are bad at it.