That little girl was a future state senator, and I ignored her 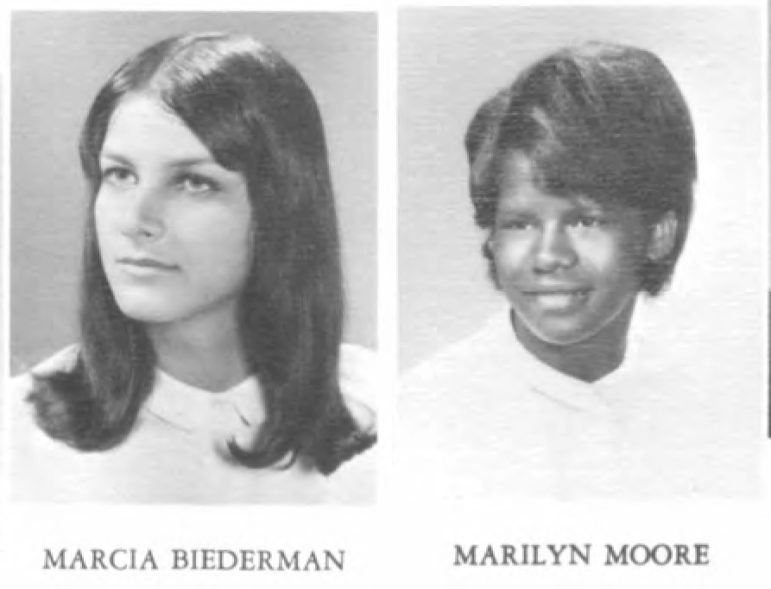 In the 1977 film “Saturday Night Fever,” a Puerto Rican dance couple enter a dance contest at a Brooklyn disco owned and patronized by whites, winning second prize for their spectacular performance. First prize goes to Tony, played by John Travolta, and his partner.

Tony informs his jubilant partner that the contest was rigged. Strangers, especially Puerto Rican ones, could never win. Plucking the second-place trophy from the hands of his startled competitors, he gives them his. “Congratulations,” he says. “I think you deserve it.”

I also have an award I want to swap. In 1966, my classmates at Central High School in Bridgeport voted me the female student Most Likely to Succeed. That distinction rightfully belongs to my former classmate, Marilyn Moore, now in her third term representing Connecticut’s 22nd senate district and, having won the August 11 Democratic primary against a party-backed candidate, running for a fourth.

But I am white, like most of the 429 students pictured in our yearbook, while state Sen. Moore is Black. Estimating by yearbook photos, Blacks comprised less than 15% of the class. A significant number of Latinos were in the Class of ’66, but they, too, were a minority.

If I’ve ever met the state senator – and I don’t believe I have – it wouldn’t have been in class. I was in Central High’s predominantly white college preparatory program. According to our yearbook, Sen. Moore, like most Black students of the time, had been placed in the vocationally oriented “general” program.

Before we entered ninth grade, someone had decided that the future legislator was not college material and that I was.

Without knowing them, I had a low opinion of the general students and the faculty who taught them. At graduation, when I shared valedictory honors with a girl from the general program who’d matched my grade-point average, I saw that as a joke. I spoke first and considered myself the “real” valedictorian
.
My liberal parents and I, applauding the Civil Rights movement, didn’t recognize this attitude as racist, as well as classist. But that’s what it was. All three of Bridgeport’s public high schools, though superficially diverse, used the same tracking system. A 1967 report by the Bridgeport-Stratford chapter of the National Association for the Advancement of Colored People had a name for it: segregation.

Yet Sen. Moore rose above it, eventually attending the University of Bridgeport. She also cleared the path for others, beginning in high school. A month before we graduated, she and two dozen other Central students turned in their history textbooks to the principal, protesting their failure to present the contributions of Black people. More than 100 students citywide participated in the action.

Organized by the local NAACP chapter, the action resulted in a meeting with the school superintendent, who promised change. Also discussed was the low participation of Black students in extracurricular activities, including plays and cheerleading.

The peaceful protest drew strong criticism from a political party leader, who warned that such actions would lead to “sit-ins, and then full-scale riots.”

Invisible to me then because —well, she wasn’t in school plays or cheerleading—Moore wasn’t identified in the front-page reports of the protests, which named mostly the adults involved. I discovered her connection to it only recently. Because I haven’t lived or voted in Connecticut for decades, I’d heard her name but didn’t realize we were classmates.

Since then, I’ve been retrieving online articles about her legislative accomplishments on behalf of pay equity for women, affordable health care, and police accountability. In 2016 she took a low-paid retail job to share the income insecurity experienced by many of her constituents. Recounting this, she argued for a higher minimum wage in a Hartford Courant op-ed.

Reading this, I feel deeply ashamed of the “Most Likely to Succeed” prize. I won it through white privilege at a time when Black people were labeled as rioters for seeking to be heard, a pattern repeated today in connection with the Black Lives Matter protests. Sen. Moore, who’s overcome great odds to get where she is, doesn’t need my plastic trophy.

But we all need to know it was rigged.

Marcia Beiderman, a writer, grew up in Bridgeport and lives in New York.