Of striped bass, the bottle bill and democracy via Zoom 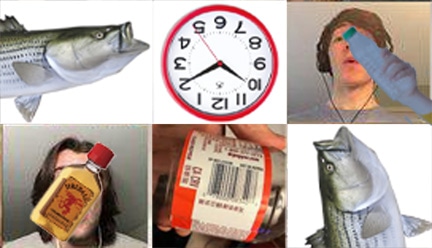 The state legislature’s Environment Committee hearing started on ZOOM at 10 a.m. Friday, March 19.  There were a number of bills on the agenda.

Usually legislators get the first hour and then the public gets to testify. However,  this day the Commissioner of DEEP Katie Dykes was the guest at 10 a.m. and the legislators asked her questions until 2:30. Then finally the public got to testify.

The way ZOOM hearings work is this:  Those who want to testify in person register to do so – and then the night before the hearing the committee sends out the list of when each person may testify.

The two big bills that got most of the testimony were:

So….. The first 25 people who testified got tons of questions.  The legislators were all very attentive and very frisky.  Some people were talking up to half an hour.  If the legislators knew the person testifying they could go on even longer – with many legislators saying “hello” and asking many questions.

After about seven hours — by about 5 p.m. — some legislators were getting upset by how long this was all taking and how many people were left yet to testify – and the legislators  began to fight among themselves about how long each person should get and how long each individual legislator should get.  All this went on in public over ZOOM.

By dinner time things started to thin out.  Legislators were getting tired and probably hungry, so they asked fewer questions. Some people now got none. Then a fisherman testified on a bill about enforcing regulations on fishing for striped bass. The legislators who were left and liked fishing became alive.  That testimony went for on a long time as those left asked fishing questions– and it was decided by the end of lengthy questioning about fishing — that the best way to catch striped bass was with a single hook.

After dinner the legislators really thinned out and the questions almost stopped. I could no longer tell how many legislators were even left.  I finally got to testify at 8:15 p.m. – after having listened all day to  10 hours to everyone else’s testimony.

Even though my company, Environment and Human Health, Inc., had worked on the Bottle Exemption Bill  for over four years and knew a huge amount about it – and even though EHHI had worked on the issue of “nips” which were included in the bottle bill – (and should not have been) — we were asked NO questions.  Everyone was too tired or not even there.

So goes our democracy. Making democracy work is not easy — for those who wish to delve into it — it is clear democracy is hard work — but there is no better way to govern — so we will keep at it even when it seems unfair. Unfair or not — it’s better than any other system of government — and  that seems to be the bottom line.

Nancy Alderman is  President of Environment and Human Health, Inc.