Connecticut should have a one-house legislature — and fewer lawmakers 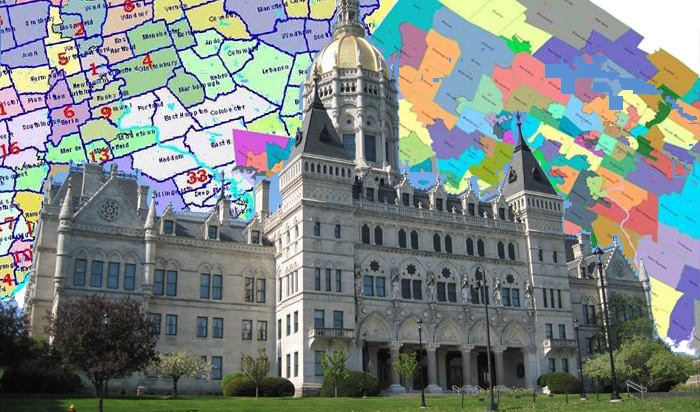 There is an unfortunate reality in politics that “reform,” which means to improve, is often incorrectly applied to political agenda items that don’t improve and arguably harm. For some reason the media often goes along with the term instead of using something neutral like “change.”

For example, Gov. Dannel Malloy’s “pension reform” of 2017 took 15 years of unfunded pension liability payments and spread them over 30 years. Hardly a “reform” although it did reduce (improve) the annual budget cost in the first 15 years, but increased (harmed) it in the following 15 years for future people to deal with.

But here is one area that I think can truly qualify as reform: reducing political redundancy and the associated cost in Connecticut.

In Matthew 26:65, the high priest Caiaphas tears his robe upon his hearing of blasphemy. After having worked in the General Assembly, I hope this idea does not engender a similar reaction. And since these concepts are completely unrealistic politically, all the less reason to tear one’s post-midnight sessional wash ‘n wear.

One area of reform relates to uncontested statehouse seats. In 2020, there were 35 out of 187 (19%) statehouse seats that were basically uncontested which meant the election/balloting in these cases was a foregone conclusion. This is the norm, election after election. By definition then, we have too many statehouse seats in Connecticut. These seats are not needed and should be eliminated. I do not wish to imply that the quality of these representative/senators is not up to par. Reviewing the list, one could argue that these uncontested seat holders work harder and are more dedicated than average.

The cost of the Office of Legislative Management in 2021 is about $66 million for 436 full-time employees (plus legislators, sessional, and part-time staff), and excluding some extraneous costs the agency is saddled with, like maintaining The Old Statehouse. Using some extremely rough math for illustration purposes, each elected state representative/senator therefore costs about $352,000; so reducing 35 seats would save about $12.3 million not including fringe benefits (medical insurance/pensions) or capital/bond funding which would greatly increase the savings. The best way to achieve this, were it ever to be considered, would be over time so that districts could be withdrawn after terms are over and to avoid layoffs by saving through attrition. But don’t redraw yet. (Hey, no one picked up a pencil!)

A more impactful reform is to make Connecticut unicameral. There is no reason to have two houses in state legislatures. Only one state is unicameral (Nebraska). From what I can find, the establishment of two houses as states developed was based on the English parliamentary system at first and then the U.S. Congress later. There are reasons for having two houses in the U.S. Congress (originally to entice small states to agree to the U.S. Constitution by creating a non-population based Senate) but the development of bicameral legislatures was a product of habit/emulation and was “not owing to any conviction that two houses would work better than either one or three, but was a matter of sheer accident and was not the invention of any clever constitution-maker.”

Prior to two Supreme Court decisions in the 1960s, at least some states maintained an “upper body” that emulated the U.S. Senate by distributing seats based on geographical units rather than population with some geographical units having very small populations and therefore conveniently disproportionately powerful. This seating method was struck down by the court. Most people would agree with this. But since the U.S. Constitution was only begrudgingly agreed to after the Articles of Confederation had become increasingly and obviously unworkable throughout the 1780s; and in opposition to the almost unshakeable belief in states’ rights/sovereignty, the U.S. Supreme Court’s authority in regulating how state legislatures conduct themselves is not readily discernible. But nevertheless, with the elimination of geographical units, if any clung to the need for two legislative bodies, their thin fingerhold of justification was clearly removed.

Obviously, to preserve our form of government we need a robust legislature. Keeping a full 151-member House of Representatives and eliminating the Senate (no offense Senators) would probably be politically easier, but 151 still seems too big for a state our size. Thirty-six seats (the size of the Senate) “feels” like a better size than 151. Removing that many seats using the same rough math would save about $53 million annually, again over time. With fringe benefit savings and consolidation of building usage with other needs, savings including capital savings could approach $100 million. Now we are starting to talk real money.

Another benefit of having a one house legislature is that it eliminates the competition and in-fighting between the two houses we currently have. Each body looks at the other with a level of half-feigned/half-real derision which feeds into the inescapable human egotistical need to “get something if you give something.” Legislation is held up all the time because one house will not get something in return from the other. Yet these bodies’ goals should be one and the same: to represent the people (even though each body takes Connecticut and divides it up in two different ways with senators, since there are less of them, getting a larger district.) These distinctions of power are extremely important in politics. An average person cares not.

Checks and balances are vital, but if having two houses helps that, then why not three or four? In addition, having less legislative members reduces the annual flood of over 2,000 bills that often go nowhere, are often offered simply to satisfy a constituent, clog up the process resulting in more staff need, more wasted time, more wheel spinning, and more public (and Capitol) cynicism.

What is arguably worse than the bills that go nowhere, are the bills that get passed. Every year, the set of volumes that constitute Connecticut laws gets larger and larger without fail. They are now about four feet wide full of legalese written by attorneys of differing ability and knowledge. Some laws are harmless but useless, like House Bill 5656 this session, where we will likely get pizza named as our State Food and came complete with public hearing and debate including some legislators being torn over whether the state food should be a doughnut instead. Thankfully, the doughnut proponent was assured that desserts could be considered another time. But with so many legislators with so many interests stirring the pot at the Capitol, the depth of our laws and the need for more government resources to keep track of and/or to enforce them gets more complex every year, but the resources are not provided to do so. Maybe less is more?

Despite the expanding role of government, the last several gubernatorial administrations have pursued a reduction in state workers. Yes, government is slow to change and plans poorly for lots of legitimate (depending on your definition) reasons. Innovation and shifting to technology is something government is not adept at. But exactly where is the planning, goals and destination? No one knows, we just keep marching forward under the nonsensical, unplanned “do more with less” banner.

General bottom-line savings are expanded to keep spending down, but the hard choices of eliminating specific programs (e.g. real savings) are avoided, spreading government resources ever thinner. The legislature provides an important check on executive power, but often goes far beyond what it appropriate by hampering the executive from properly implementing programs due to legislative parochialism and unnecessary interference.

Centralizing the human resources function like Gov. Ned Lamont is attempting? Woefully late and behind the private sector, but still a sensible and obvious endeavor, assuming service quality doesn’t plummet due to government inefficiency and unrealistic expectations. The state could consolidate staffing in many ways due to technology advancement but less administrative/service staff sounds good until delays take over like when the state Labor Department crawled to a stop after the first wave of COVID unemployment checks couldn’t be processed by a mainframe-era database and an outside vendor had to quickly be brought in (with its own problems).

Still, that is semi-administrative, but what about more serious matters like fewer workers to investigate child abuse, or fewer assistants for the mentally disabled, or for those in nursing homes? That’s not innovation, that’s less service for vulnerable people. These chickens are already roosting. The legislature has not prevented this.

Lastly, many people may not know that during the late 1960s and early 1970s, there was a push to build and expand legislative capacity to oppose what was perceived as overreaching by state executive power. During that time legislative staff more than doubled. Okay, hold on tight to that robe: if we were able to conduct a scientific experiment from 1970 on with the addition of all the legislative structure and without, would our laws overall be better or worse than they are now?