On the smearing of Lamont via Cuomo 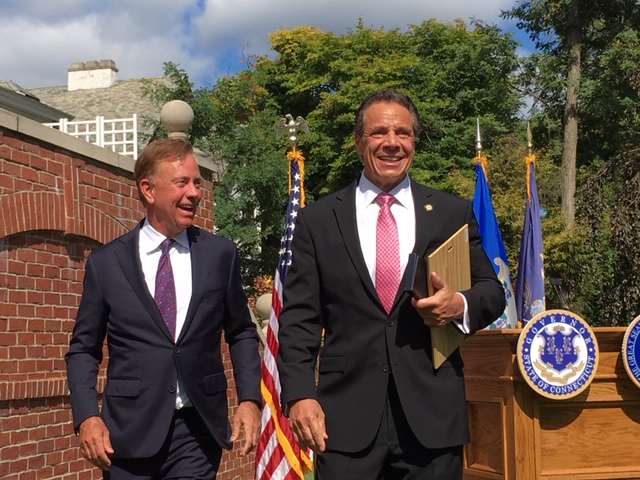 Gov. Ned Lamont and New York Gov. Andrew Cuomo in Hartford in September. Their relationship has been key to Lamont's handling on the COVID-19 crisis.

Wow. What else is there to say about an op-ed entitled “What their actions say about the values of our leaders, including Lamont’s,” of August 30,  written by Brendan Cunningham about Gov. Ned Lamont that implies he knew about former Gov. Andrew Cuomo’s wrongdoings – without supplying any facts whatsoever.

His entire thesis about Lamont “knowing” about Cuomo’s harassments, etc. is that they went fishing in New York, and then Lamont had Cuomo to the Governor’s mansion in Connecticut. I am no fan of these political alliances since they serve the politician not the people but it is absolutely standard among the political class and always has been. It proves nothing.

His other piece of sketchy “evidence” is quoting Dan Pfeiffer, an Obama staffer, who said on a podcast that “even before we learned all of these things, Andrew Cuomo was known by virtually everyone who had ever met him, worked with him, interacted with him as one of the worst humans on the planet … I had heard, just the abuse of staff, the verbal abuse of staff it was, just, those stories were everywhere.” Yet Dan Pfieffer did nothing. Obama did nothing. Apparently, the vast number of people that knew this did nothing. Yet, ipso facto, Lamont is guilty. And this reasoning comes from an economics professor with a PhD?

No mention of sexual harassment. Worst human on the planet? Really? No hyperbole there? The above could be said of a hard driving, take no prisoners, gets stuff done, administrator. In politics, your allies will stick with you and support you until the going gets rough then they not only will abandon you but pile on besides as Pfeiffer has done. I’m pretty sure that despite even counting all of Cuomo’s as yet unproven transgressions, he does not fall within the worst people of the 7.7 billion people on the planet. But even if he is, what does that have to do with Lamont? Apparently besides being governor, Lamont should have special olfactory abilities rivaling a hound dog to sniff out these miscreants from the group, publicly denounce them and exile them to a remote island!

The rest of the op-ed (the vast majority – 82%) is spent smearing the V.P. of Human Resources at the Connecticut State Colleges and University System which seems to be the real focus of the writer’s ire. At least he provides some evidence of gender-bias against this individual. How good the evidence is and the defense the V.P. deserves I cannot speak to. I don’t know these people and it seems like a lot of inside baseball. But why extend it to Lamont?

I am a lifelong nonpartisan independent and am not here to carry Lamont’s water. I think that politicians deserve a lot of what they get. But please, at least have a basis for your criticism. Cunningham, an Eastern Connecticut State University professor, instead of damning Lamont ends up damning himself.