Pandemics: An opportunity for voters to create needed change 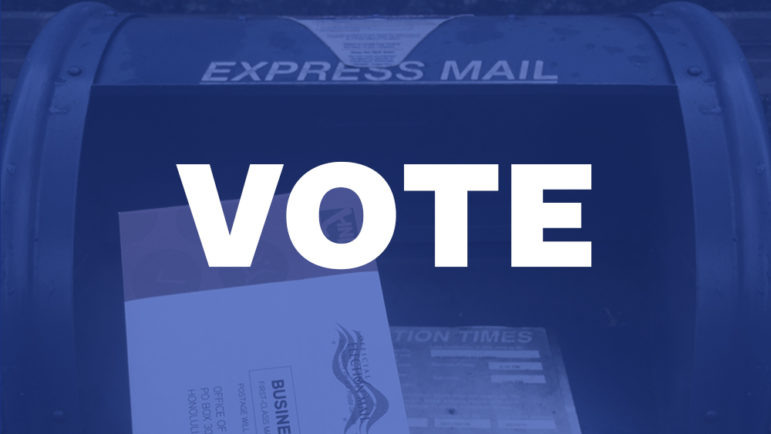 If you were on Elm Street in New Haven two weeks ago, you might have seen me madly dashing to the post office collection box to drop off my ballot ahead of the 5 p.m. pickup. The fall afternoon downpour did not dampen my enthusiasm as I eagerly crammed my ballot through the mail slot, wishing it well on its journey back to Honolulu to be counted in this, my first presidential election as a voter.

The act of mailing the envelope was rather anticlimactic, but I felt a wave of satisfaction knowing that I had participated in democracy, declaring hope for the future. I also felt overwhelmingly grateful for the opportunity to vote safely in the midst of a global pandemic, and I paused to reflect on the tireless work of activists who fought so that women like me could share their voices at polling places.

This year marks the 100th anniversary of women securing the right to vote through the ratification of the 19th Amendment to the U.S. Constitution. Learning this made me wonder: Why was 1920 such a pivotal year when the suffrage movement began more than 70 years prior? What role might an earlier global pandemic have played? And what lessons can we apply to our current moment?

After some research, I learned that one theory about what drove ratification of the 19th Amendment is that women’s contributions during World War I demonstrated women were essential to maintaining a functioning American economy and society. After America’s entry into the war in 1917, millions of women mobilized, stepping into jobs traditionally held by men. Tens of thousands of women joined the Women’s Land Army to work in the agriculture sector, allowing male farmers to join the military while women helped to maintain the country’s farms and provide food during wartime. Eight million women volunteered with The American Red Cross, working all manner of jobs from nurses to auto mechanics to motorcycle messengers.

Suffragists used women’s wartime efforts to successfully further their case for women’s voting rights. President Woodrow Wilson acknowledged the debt America had to pay to its women in his September 30, 1918 speech to Congress. However, presidential support of the women’s vote failed to muster sufficient support, and the proposed Constitutional amendment died in the Senate.

Another theory on the significance of 1920 is that the 1918 global flu pandemic, commonly, but inaccurately referred to as the Spanish Flu, provided the momentum necessary to drive Congress to pass the 19th amendment and the states to ratify it. November 1918 brought the end of World War I as well as a resurgence of influenza, which had been spread by wartime troop movements across the globe to become a pandemic. Still lacking legislative support for the women’s vote at that point, women continued to make their mark and fill the gaps in American society and the economy created as the flu rampaged through the world.

Over its course, the 1918 influenza pandemic infected a third of the world’s population, resulting in the death of 50-100 million people. In the United States, a quarter of the population caught the virus, resulting in 675,000 deaths. Much like COVID-19 today, the highly contagious and devastating illness completely upended daily life and the economy.

The 1918 influenza pandemic affected men more significantly than women. In fact, 175,000 more men died than women in 1918 alone. This was in part due to the pathogen-spreading conditions of the war and also because — as with COVID-19 — men were more physically susceptible to the disease. As a result, more women entered the labor force in positions that had previously been only accessible to men, such as manufacturing jobs in the textile industry. Historians report that goodwill toward women and their contributions to society and the economy helped fuel the momentum of the suffrage movement.

However, as the pandemic expanded the role of women in the labor force and their value in the national eye, it also created unprecedented challenges for suffragists. Much like today, with illness everywhere and no vaccine, state and local officials deployed non-pharmaceutical interventions, such as the use of masks, quarantines, limits on large gatherings, and isolation. The suffragists were forced to cancel plans for public demonstrations.

Fall 1918 was also a midterm election season in which suffragists hoped to flip senatorial seats and pass state referenda supporting the passing of the 19th Amendment. Without public gatherings to garner support for their cause, suffragists had to get creative. As described by author Elaine Weiss, suffragists turned to a more paper-centric approach, mailing literature to constituents in key states, placing advertisements in newspapers, and hanging banners. It was through this sort of sheer resourcefulness, innovation, and persistence that women closed in on the goal line. On August 18, 1920, the 19th Amendment was ratified, becoming the law of the land.

One hundred years later, we face a strikingly similar scenario as the suffragists in 1918. Confronting a pandemic that has exposed enduring systemic inequalities which remain entrenched in our society today, we have reached a long-overdue time of reckoning, especially regarding health. For example, people of color and men are more likely to suffer more serious cases and die from COVID-19. Additionally, women were historically excluded from much of health research, leaving large gaps in our knowledge of women’s health that persist today. Many current studies still do not analyze data by sex and gender, leaving additional questions unanswered.

Now is our opportunity to advance the treatment of sickness and disease for everyone. We might have to get creative. We will certainly need to exhibit persistence. We must strive to ensure that science explores questions in women’s health and addresses sex-and-gender differences — for the health of our nation. COVID-19 represents a major challenge, but our country has tackled similar problems in the past. We must seize this opportunity today.

Ke’ala Akau is a fellow  of Women’s Health Research at Yale.