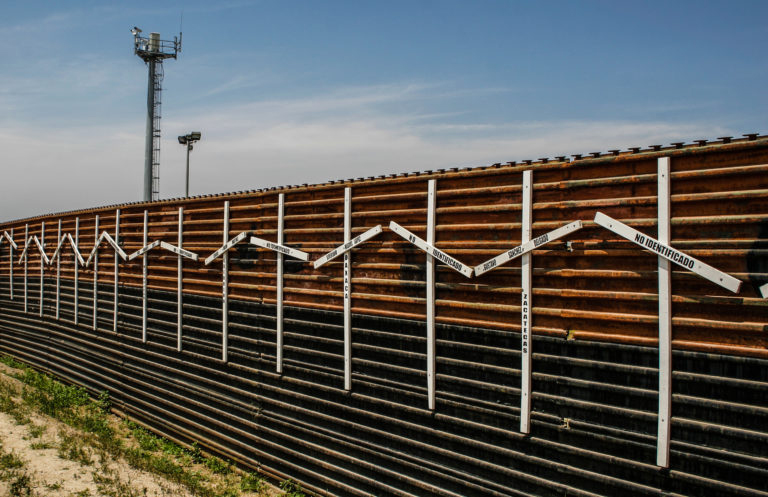 The wall at the border of Tijuana, Mexico and San Diego.

In elected politics, objectives are clear and it is easy to understand the motivations behind why a party or candidate chooses a certain path: that which they think they will benefit their standing and that of the party to the public. Anyone who has read the press releases of elected officials knows what I mean. Politics is generally not about making good policy. It’s about what is hoped that you, their constituent or future constituent, will think of the official/party by their action on a policy.

For example, if another pandemic stimulus package, which almost everyone agrees would be good for the country, (even though we have no revenue to pay for it, for the previous stimulus package, or for the annual federal budget itself) was considered beneficial to enough elected people in our nation’s capital, you can bet that it would have passed before the election.

The fortunes of the two parties rise and fall with public relations campaigns, misleading arguments, cherry-picked examples, demagoguery, etc., with us — the people – caught in the middle trying to make sense of it.

If you are a partisan, you probably have no problem signing up for, and advocating for, party beneficial policies. If you think for yourself, on your own, using common sense and logic, with the talking heads silent in your mind, you may find yourself with different viewpoints.  This may cause you to be dismissed, disliked, or even castigated by partisans — which is another reason to shed your party membership and become unaffiliated.

Here are two current extremely polarized examples of how party politics can destroy good public policy. These positions will likely displease some on both political sides of the aisle. Try to keep an open mind despite what you may already think. Much of what we think is driven by what we hear and are told by polemicists and those with goals not related to an objective America.

The first is immigration, or more specifically illegal immigration. Step back and forget the recent years of political, polarized wars. Building a wall, fence, or other barriers to control the flow of illegal immigration that exists on the nation’s southern border, or anywhere else, and ensuring that the U.S. has control over who enters the country, is just common sense.

I am sure that no one who opposes the building of a wall or barrier keeps their doors wide open at night. But most Democrats have heavily opposed building a wall as a backlash to Trump’s actions on it, who had ham-fistedly politicized it to begin with. It may not be well known, since it is not widely reported, that prominent Democrats have supported building a wall and strengthening the border for years before Trump came along (both parties thought it was good for them and the country).

Let me reference a couple of examples in support of this argument: in 2006, 80 Senators, of whom 26 were Democrats, including Sens. Obama, Schumer, Clinton and Biden, voted for H.R. 6061 (Secure Fence Act of 2006) which directs the Dept. of Homeland Security to take action to achieve control over U.S. land and maritime borders, including “physical infrastructure enhancements to prevent unlawful border entry and facilitate border access by U.S. Customs and Border Protection, such as additional checkpoints, all weather access roads, and vehicle barriers.”

Another example is Sen. Hillary Clinton at a November 2015 campaign event who said: “Well, look I voted numerous times when I was a senator to spend money to build a barrier to try to prevent illegal immigrants from coming in and I do think you have to control your borders.”

To be clear, building a barrier to controlling our border has nothing to do with excluding or demonizing certain groups of people or all the other things that are bandied about for partisan gain. Immigration of any amount by any group can still be allowed, that is a separate policy decision and can still occur. Controlling who comes and goes legally and illegally is just good national governmental administration. Partisan politics make people much less able to think straight on this.

The battle over Obamacare was all about insuring more people so that they could get health care. But insurance is just the middle man between you and the health care you (everyone) needs or will need. Due to politics, Democrats, until recently, were too afraid of potent Republican charges of socialized medicine to propose and pursue providing health care for all — too afraid to advocate for this using the correct term, universal health care.  This has only recently changed with some Democrats openly pushing for “health care (or Medicare) for all” which is what the Democrats wanted to begin with but were prevented by politics (party fortunes).

You may think universal health care is some type of socialism. You may think that because it is routinely characterized that way by Republicans. In Trump’s 2020 State of the Union address he denounced the “132 lawmakers in this room [that] have endorsed legislation to impose a socialist takeover of our healthcare system, wiping out the private health insurance plans of 180 million Americans… We will never let socialism destroy American healthcare.”

I don’t know where universal healthcare falls on the political spectrum and it matters not to me, but I would argue that health care is a necessary pillar, the second to be specific, of a functional, well-managed society. By the way, the first pillar is a system of protection involving law enforcement and justice, which is a requirement of any community.

But whereas education has long been considered the second pillar of unquestioned taxpayer funding, health care should be a higher priority than education. Anyone who has been sick beyond some type of minimal routine ailment knows that they simply cannot function effectively, or at all. In such cases, education is a luxury.

Just as we have and would shut schools due to the pandemic (due to health care concerns). We all agree to pay for health care for seniors (Medicare) as well as the poor (Medicaid), so why would we exclude everybody else? Regarding education, an argument can be made that not all people have children, or people have different numbers of children, so why should people without children or those who no longer have children in school continue to pay for other people’s children’s education?

Certainly, the elderly on fixed incomes who must pay property tax could make this argument. There is some merit in this, but I actually have never heard that argument and it is irrelevant because we almost all agree that secondary education should be taxpayer funded. So, all three should be funded properly but health care is arguably more important and, in my mind, earns the No. 2 spot.

In short, I think both of these cases represent partisanship holding good policy hostage. Stop the partisan madness. Complete objectivity can never be obtained by anyone, but it is something we should all strive for getting as close to as we can.