Pay Maggie for her work staying home with her children 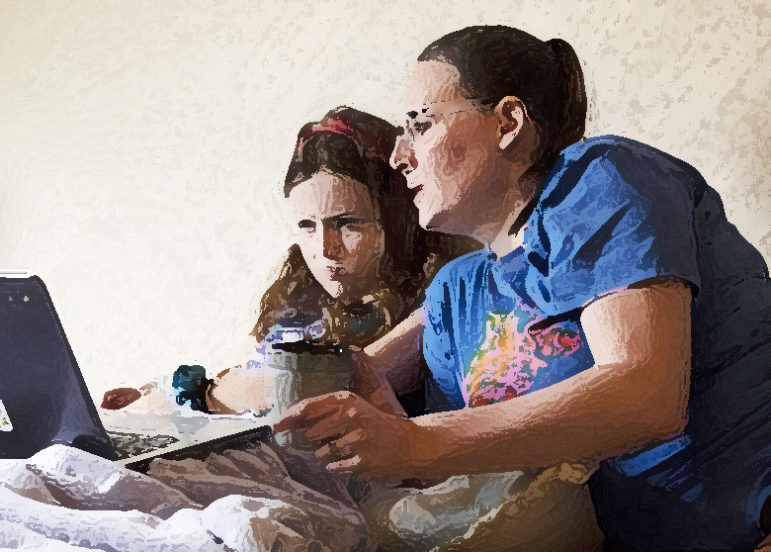 Maggie is a 38-year-old customer service representative at a branch of a major bank near her home.  That is, she was.  Since the COVID-19 closure began on March 13, Maggie has had to take a leave of absence, without pay, from her job to care for and to educate Sarah, age 14, Josh, age 12, and Liam, age 6.  Maggie’s husband Phil works at Yale New Haven Hospital and has been working 12 hour shifts since the pandemic began.

Sarah is a freshman at the local high school.  While she has always received good grades, Sarah has, since entering high school, begun to lose focus on her academics and focus instead on her group of girlfriends and their incessant conversation about boys.  Prior to the closure, her grades had begun to drop due to late and missed assignments.

Liam is a happy first grader at the local elementary school who loves to run around, play soccer, catch bugs, and eat pasta.  He is working on early reading skills and basic addition and subtraction in school.  While he is keeping up, none of this is coming easy to Liam.

Josh has autism.  He is verbal and quite capable of learning discrete facts, such as spelling and vocabulary.  He is a whiz at math, performing mathematical functions far beyond his peers.  But Josh has extreme sensitivity to sound.  And, he does not understand non-literal language and responds to his communication difficulties often with aggression, aimed at those he is closest to.  At school, Josh has an IEP that includes an extensive behavioral plan and the support of a paraprofessional.

Since March 13, all three children have been at home.  Maggie spends the vast majority of her time keeping Josh regulated by working with him one-on-one and presenting him with math and puzzle challenges.  She also struggles to get Sarah to do her homework.  As for Liam, the work sent home through the school’s remote learning program is largely indecipherable both to Liam and to Maggie.  When she gets time, she emails the teacher for clarification, but is unable to do so with enough frequency to keep Liam up to date with his work.

Well, Maggie does not exist, she is fictional.  But Connecticut is full of Maggie’s today: previously successful women who are overwhelmed by the current crisis.

There is a great deal that we, as a society, should be doing to help Maggie and her like.  One thing we should do is to pay her.  Yes, she has assumed primary responsibility for the education of three children.  We pay our teachers who are in the school building.  We should pay the Maggie’s who are the teachers during remote learning.

Maggie has taken an unpaid leave of absence through no fault of her own.  She has left a job she felt competent at and felt good about to assume a job at which she feels incompetent.  Society has announced, through its pay actions, that her job in the bank is worthwhile and worthy of compensation but her job in the home is worthless and unworthy of pay.  This is precisely the wrong message for us to send.

In enacting the CARES Act, Congress has instituted some convoluted mechanism to attempt to keep workers on their payrolls.  The PPP loan program has been a mess and, notwithstanding the program, 22 million Americans are newly unemployed.  A far better approach would be to pay directly those forced out of work who are now performing the critical societal function of teaching our children.

So, my proposal is simple.  The government should pay a daily stipend of, say, $150, to all parents who have lost the income from their prior jobs and who are providing education to children at home.  The stipend could be reduced for those who have lost part, but not all, of their income due to the closure.

This is not an effort to replace lost income or substitute for unemployment insurance or any other government program.  Rather, this is an effort to recognize, honor, and compensate, to a very limited extent, the critical work being done by Maggie and all the other Maggie’s in the country.

Andrew Feinstein is a special education attorney in Mystic.