Playing games with the history and future of the Supreme Court 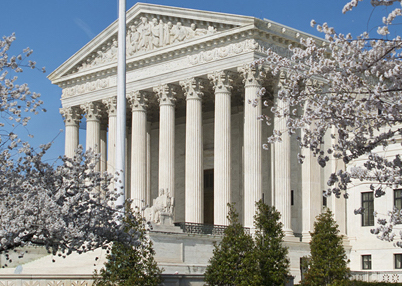 Here we go again. For the second straight presidential election, a Supreme Court justice is at issue. In 2016, the Republican-controlled Senate refused to vote on Barack Obama’s nominee, Merrick Garland. The rationale by Republican senators then was that voters should have a say in the nomination through the election.

Senate Majority Leader Mitch McConnell wasted little time in issuing a statement the night of Justice Ginsburg’s passing, saying that the Senate would vote on whom Donald Trump nominates to fill her seat on the Court (Trump has since nominated Amy Coney Barrett). He noted that “since the 1880s, no Senate has confirmed an opposite-party president’s Supreme Court nominee in a presidential election year.”

Sen. Ted Cruz even busted out some history, asserting that of 29 election-year nominations, the Senate confirmed 17 of 19 when its majority was the same party as the president, but confirmed only 2 of 10 when the president and Senate majority were opposing parties.

While McConnell is correct that the Senate has not confirmed the nominee of a president from an opposing party in an election year since the 1880’s, that situation only came up once since the 1880’s: 2016, when his own Senate refused to vote on Garland. That was a departure from 1888 when the Republican Senate confirmed Democrat Grover Cleveland’s nominee for Chief Justice, Melville Fuller, which itself was unusual.

In 1828, the Democratic Senate took no action on John Quincy Adams’ post-election nomination of John Crittenden, leaving the seat open for Andrew Jackson, who had defeated Adams. John Tyler made eight nominations to fill two seats in 1844. The Senate was controlled by the Whigs, who had expelled Tyler. It confirmed Samuel Nelson and left the other seat open for the next president, James Polk. Millard Fillmore, the last Whig president, was not re-nominated in 1852. The Democratic Senate did not vote on his nominee. Franklin Pierce, who won the election, filled the seat.

Nineteen justices were nominated in election years in which the president and Senate majority were aligned. George Washington was elected unanimously in both 1788 and 1792. He was not a member of a party. Still, the Federalist majority did not oppose him and confirmed two of the three justices he nominated in 1796, Samuel Chase and Oliver Ellsworth, after William Cushing declined.

After Washington, presidents made 16 election-year appointments when their parties controlled the Senate. Six of those came after the election. John Adams appointed John Marshall Chief Justice in 1801, after he and the Federalists lost in the 1800 election (and also after former Chief Justice John Day declined). Two were made by Rutherford B. Hayes after the 1880 election in which he did not run. Both were eventually confirmed under his successor, Republican James Garfield. Ulysses S. Grant was re-elected in 1872 and thereafter appointed Ward Hunt who was easily confirmed.

Six justices were nominated and confirmed by a friendly Senate in an election year before the election. Two in January, one in February, one in April and two in July. Two nominations were not confirmed. When Chief Justice Earl Warren announced in 1968 that he would retire, Lyndon Johnson attempted to elevate Abe Fortas to Chief and appoint Homer Thornberry, but withdrew both nominations due to political pressure. Warren stayed on until after the election and was replaced with Warren Burger by Richard Nixon.

Chief Justice Roger Taney (of Dred Scott infamy) died in October of 1864. Abraham Lincoln waited until after the election, which he won, to nominate Salmon Chase, who was confirmed the same day by a Republican Senate.

So yes, there are numerous examples in our history that support McConnell and Cruz’s claims. But considering the exceptions and the context of the nominations, it’s hard to call it historical precedent. It’s just politics. It’s the same old story.

Christopher DeMatteo is a trial attorney whose firm DeMatteo Legal Solutions is based in West Haven. He is also a registered write-in candidate for Connecticut State Senate District 28 (Fairfield, Newtown, Easton, Weston Westport).