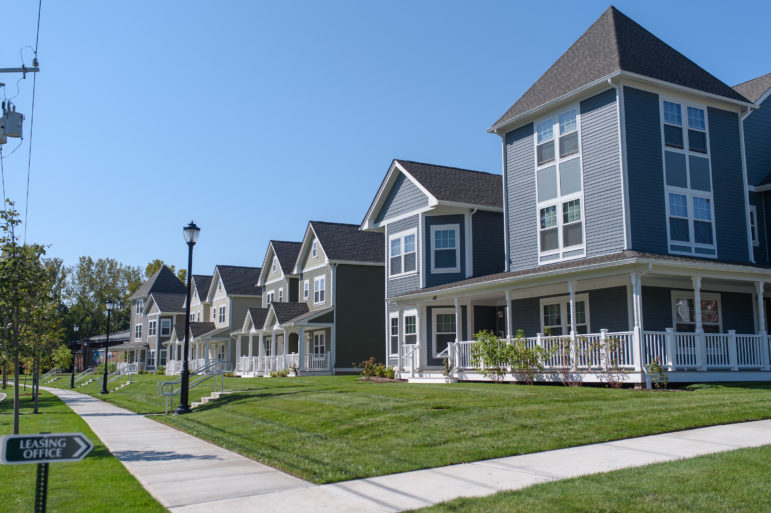 In a December 17 opinion piece titled Zoning reform must consider the character of each town, Alexis Harrison of Fairfield argued against HB 5132, a bill that would reform zoning laws in the state. This was not her first opinion piece in the Mirror objecting to zoning reform and housing development. On September 4 she wrote against proposed developments in Fairfield, blaming state law 8-30g and warning about dire consequences if HB 5132 passed in the future. In these articles she argued that zoning reform in Connecticut must be stymied in order to:

As Katherine Levine Einstein laid out in her book Neighborhood Defenders: Participatory Politics and America’s Housing Crisis, these are common arguments against building more homes, but they should not stop us. We need a larger, diverse offering of market-rate and affordable homes in every community Connecticut, preferably in walkable, transit-friendly places.

Before objecting to her arguments, let me say that I respect Harrison’s civic engagement and desire to preserve her town. As a history teacher and avid hiker, I also love Connecticut’s historic buildings and hiking destinations. However, housing advocates are not proposing to bulldoze Fairfield’s old town green, nor are they suggesting replacing Sleeping Giant with a series of condominiums. Instead, they are proposing incremental growth in all of our towns and cities. If we build more housing in all communities –and not just “affordable housing”– will help grow our economy, expand home ownership opportunities, and reduce racial and socioeconomic segregation.

Let’s address her arguments in order, starting with her concerns about the environment and local wetlands. In her December 17 piece Ms. Harrison wrote “As a local environmentalist… I’ve seen the value of when local residents make decisions on their land and wetlands.” This seems suspect. How many of us are experts about our local wetlands and their impacts on the ecosystem? Even if we take her claim at face value, subsection 10 in HB 5132 specifically calls for housing developments to consider the impact on the state’s ecosystem and the habitat of Long Island Sound in particular. The bill also goes further and encourages and incentivizes “energy-efficient patterns of development, the use of solar and other renewable forms of energy, and energy conservation.” Denser, multifamily developments may help reduce carbon footprints and fight climate change. It is hard to see how the bill represents an attack on the environment.

Her other claims revolved around fears about density and neighborhood character. In her September 4 piece she called out two specific proposals in Fairfield, one at 15-21 Beacon View Drive and the other at 980 High Street, terming them “large” and “monstrous.” Both of these projects involve buildings that will be three stories tall and contain 60 units combined—hardly monstrous density.

In terms of neighborhood character, both developments would be approximately a half mile (or 10 minute walk) from Fairfield’s Blackrock Turnpike commercial district, a logical place for moderately-sized apartments. Indeed, if people object to apartments being built there, in a city of 62,000, it’s hard to imagine where they would approve them.

And speaking of neighborhood character, we know that the neighborhoods people live in have an enormous impact on their future (see Harvard’s Opportunity Atlas). Building more houses in a successful, opportunity-rich place like Fairfield will help grow the state’s economy and provide more chances for children of all races, ethnicities, and SES to succeed.

Ultimately, Harrison wants to maintain local control over land-use in the state, but that is exactly the problem. The benefits of building more housing units are diffuse, while the costs are concentrated. I empathize with property owners who never want their neighborhoods to change, but local control over housing has Connecticut caught in a vice: unattainable housing prices, high property taxes, and a growing budget but shrinking population. Only state-level, structural reforms can address these dynamics.

This is a great state. We have a remarkably educated workforce, beautiful shoreline, and ready access to the culture and jobs of Boston and New York City –but we need to grow. In her December 17 article,  Harrison gestured to a “myriad of creative solutions to achieve the goal of expanding housing diversity while retaining local control.” Zoning reforms like HB 5132 are the product of such thinking: attempts to balance the need for more construction with enough local protections to avoid a repeat of the urban renewal era. No matter how sincere her arguments, Harrison’s desire to freeze our state’s built environment in the present is preventing Connecticut from creating a more dynamic and just economic future.