This summer, following the tragic murder of Aaden Moreno — the baby who was thrown off a Middletown bridge by his abusive father — the Connecticut legislature appointed the Task Force on the Statewide Response to Minors Exposed to Domestic Violence (DV).

The numbers are staggering as almost 5,000 Connecticut families and their children had been affected by Domestic Violence in 2012-2014.  Chaired by Karen Jarmoc, the Executive Director of the Connecticut Coalition Against Domestic Violence, and Gary Lapidus, Yale Pediatrician, the task force includes respected DV advocates, medical professionals and state legislators dedicated to finding solutions for children exposed to DV

I was pleased the draft report repeatedly focused on the need for evidence-based, multi-disciplinary and trauma-informed approaches.  The widespread failure to use these best practices in custody cases leads to decisions that fail to protect children from harmful abusers.  I wish the task force had better explained what the improved practices would look like and how to implement needed reforms. 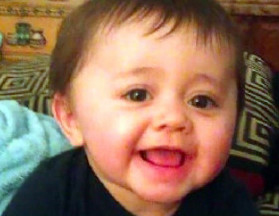 The Aaden Moreno case is just one of many examples of how inadequate DV training for judges and failure to use DV advocates as experts can lead to mistaken assumptions that jeopardize children. Judge Barry Pinkus attempted to follow Connecticut’s  statutory definition of DV – continued threat of physical injury or pain –without an understanding of fundamental domestic violence dynamics.  Most abusers seen in custody court commit only one or a few physical assaults.

A DV advocate would have recognized that his continuing coercive and controlling tactics sends a fearful message to his victim that the threat of pain and physical injury continues.

The most dangerous time for a woman victim of DV is when she leaves her abusive partner.   Once an abuser recognizes that he has lost control, he will seek control in other ways.  Most court professionals fail to understand that custody is the most common tactic used by these abusers.  Court professionals have been taught to treat contested custody as “high conflict cases, but between 75-90 percent are really these dangerous DV cases

How To Use Evidence-Based Practices in Family Court Custody Cases:  ACEs and Saunders’ Study

The U.S. Department of Justice found many and probably most evaluators, judges and lawyers do not have the specific training needed to recognize and respond to DV.  Dr. Saunders found court professionals need training that includes screening for DV, risk assessment, post-separation violence and the impact of DV on children.

Many court professionals discredit true abuse reports based on factors that are not probative.  Examples would include victims returning to their partners, failing to follow-up on protective orders and the lack of police or medical reports.  Few professionals know to look for the pattern of coercive and controlling tactics that include far more than just physical abuse.  These same professionals often assume that the end of the relationship or lack of a recent assault is proof the abuser is no longer dangerous.  And they do not know what factors indicate increased risk of lethality.

The Saunders’ study  found that evaluators, judges and lawyers without specific needed DV knowledge tend to focus on unscientific alienation theories and the myth that mothers frequently make false reports.   This leads directly to recommendations that disbelieve or minimize true reports of abuse and expose children to dangerous abusers.

The ACE (Adverse Childhood Experiences) Research from the Centers for Disease Control shows that children exposed to DV and child abuse will live shorter lives and suffer more illness and injuries throughout their lives.

This means courts must stop limiting their concern to only imminent danger or continued physical abuse and avoid approaches that demand victims just “get over it.” Most of the time the consequence is not as immediate or final as it was for Aaden Moreno.  Often the children do not act out in ways that make it easy for professionals who are not DV experts to recognize.

But we have heard from children who were sentenced to live with their abusers and denied a relationship with protective mothers.  Even the survivors are greatly diminished.  The same practices that cost Aaden Moreno his life more often lead to hidden torture, painful lives and a failure of children to reach their potential.

The Saunders’ study found that DV advocates have more of the specific knowledge courts need to assess and respond to DV cases than the court professionals now relied on.  The task force was right in their recommendation that courts should use DV advocates for training, and they should also be relied on as expert witnesses.  Since the 1970’s , family court judges have turned to mental health professionals for assistance in DV cases,  based on widespread assumptions that DV was caused by mental illness or substance abuse.  We now know the original assumptions were wrong.

The solution is the Safe Child Act which is a bill that would require custody courts to make the health and safety of children the first priority.  It would mandate what the courts have been slow to do — integrate evidence-based approaches, multi-disciplinary practices and trauma-informed responses.  I have had the privilege of meeting with some state legislators who care dearly about children and I expect will soon introduce the Safe Child Act.

It is time that custody courts stop practices that pressure victims to cooperate with their abusers and instead force abusers to stop their abuse if they want a relationship with their children.  It is time for the courts to integrate important research like ACE and Saunders into their practices.  It is time to reform outdated practices from the 1970s.

It is time to make Connecticut’s children safe in our courts.

Barry Goldstein is the author of books on domestic violence and custody including: The Quincy Solution: Stop Domestic Violence and Save $500 Billion. He is research director for the Stop Abuse Campaign.