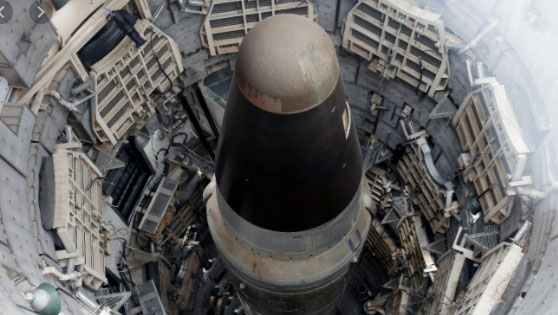 As you noted in a tweet shortly after protestors stormed the Capitol on Wednesday, “Today is a reminder, a painful one, that democracy is fragile.” Indeed it is. And so are nation-states.

The fall of the Soviet Union is surely well-cemented in your memory. And history shows time and again that empires end, sometimes surprisingly quickly. There could come a point, in the far more immediate future than we would like or expect, that the American experiment fails, that our democratic systems of government buckle, or we even find ourselves devolving into a number of smaller countries or embroiled in a second civil war.

There are many dangers that could come from this, but the most pernicious one stems from our large nuclear arsenal. Every nuke out there, if the United States fails, will mean a chance of that devastating weapon being controlled by a new (and possibly rival) state, or even lost in the chaos.

As you know, the United States spent billions under the Nunn-Lugar Cooperative Threat Reduction program to help Russia secure its nuclear arsenal in the aftermath of the dissolution of the Soviet Union, destroying hundreds of warheads, launchers, silos, subs and bombers. Fortunately, no other republics wanted to keep their nuclear missiles, making the process smoother, but I do not imagine, if the United States fails, that the same will ensue here.

Thus, it is imperative that, along with addressing climate change (which makes our country and the world far more fragile as we are hit by more and more costly mega-disasters), and the inequality that is so dividing our country, you prioritize reducing and securing America’s nuclear arsenal and fissile material.

· Bring the US nuclear arsenal down to the minimum number needed as a realistic deterrent, ideally no more than one thousand (and hopefully a number lower than that), as opposed to the 6,185 warheads the U.S. currently maintains;

· Take the nation’s reserve of highly enriched uranium (HEU), and that harvested from decommissioned warheads, and downblend it, turning it into fuel for the 56 commercial nuclear power plants in the U.S.;

· Safely secure nuclear waste immediately, and implement a realistic plan for long-term storage (not that it’ll ever be long enough considering the waste will take longer than human civilization has existed to stop being dangerous);

· Establish a realistic timeline to phase out nuclear energy (a serious threat to security, communities, and the environment, which the disaster of Fukushima demonstrated yet again) and create a realistic plan to secure the radioactive legacy that these reactors have created.

· And finally, end the destructive mining of uranium on American soil. By repurposing HEU, our mining needs should be minimal until our remaining nuclear power plants—most of which are nearing the end of their prescribed lifespans—have been shut down and dismantled.

Only when we address the extraction and use of nuclear materials, what Joanna Macy calls “the poison fire,” will our nation be more secure from this long-term peril. And considering that, as we grapple with future challenges of climate change, we will have less and less capacity to deal with this seemingly far off lesser danger, now is the time to address this existential threat to the United States and any future civilizations that rise up on North American soil in the millennia, centuries, or even decades to come.

Erik Assadourian is an independent sustainability researcher and writer and resident of Middletown.