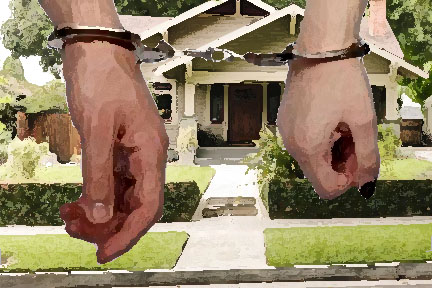 Last week the Senate unanimously passed a bill to ensure that the names of family violence victims are protected under the Freedom of Information Act. A practice in place since 1981 for victims of sexual assault, this change in the law is necessary to protect victim confidentiality and safety. Members of the media have criticized the bill saying it makes victims less safe by allowing dual arrests to go unreported. We disagree.

Last year the General Assembly took steps to address this problem by changing the state’s family violence arrest law to arrest only the dominant aggressor. Having just gone into effect this past January, we anticipate that the new law will begin to reduce Connecticut’s dual arrest rate in the years to come.

However, when a dual arrest occurs, one of those individuals is truly the victim. In 2018, the Connecticut Coalition Against Domestic Violence (CCADV) studied Connecticut Judicial Branch data to better understand our state’s challenge with dual arrest. That report found that the majority of individuals arrested in an intimate partner violence dual arrest were screened at court as being low-to-moderate risk, with 93 percent of low risk women and 86 percent of moderate risk women having their cases not prosecuted or dismissed.

The bill’s critics assert that by failing to publicly name the parities in dual arrests, law enforcement and the court system will not be held accountable for properly handling family violence cases. CCADV disagrees that publicly naming victims is necessary to hold the criminal justice system accountable.

Each year all aggregate arrest data, municipal and state, is published on the Connecticut State Police website. This includes the number of family violence arrests and dual arrests. Aggregate case disposition data is available from the Connecticut Judicial Branch. This data is what allows us to hold the criminal justice system accountable, not the individual names of victims published in the media.

For many victims, it is a difficult decision to seek police assistance for the abuse they are experiencing. We have heard many victims say that they have hesitated to call the police because they’re afraid that their name will appear in local media, either through a police blotter or local news reporting. There have been numerous incidents where victims have faced significant challenges following the publication of their name. Repercussions often include isolation, gossip, difficulties at work, and loss of or difficulty finding housing.

When a victim is unjustly arrested as part of a dual arrest and the case is later not prosecuted or dismissed, we cannot go back in time and remove that person’s name from media coverage. It’s bad enough that they were arrested when they should not have been, but, if the bill critics had their way, now the victim would also be left with the public shame of the arrest and its associated repercussions. From our extensive work with nearly 40,000 victims annually, we can assure you they will be less likely to call the police for help again in the future. Unfortunately this will make them substantially less safe.

CCADV believes strongly that the names of family violence victims, including those who are dually arrested, must remain confidential for their protection. Failing to do so will impact a victim’s future decisions to seek help. The Senate weighed the importance of a free media and public right-to-know with the equally important safety needs of victims. Ultimately they unanimously determined that in the situations of dual arrests, the scales must tip in favor of victim safety. We applaud their decision and urge the House to do the same.

Karen Jarmoc is chief executive officer of CCADV, the state’s leading voice for victims of domestic violence and those organizations that serve them.