Israel is not defending itself 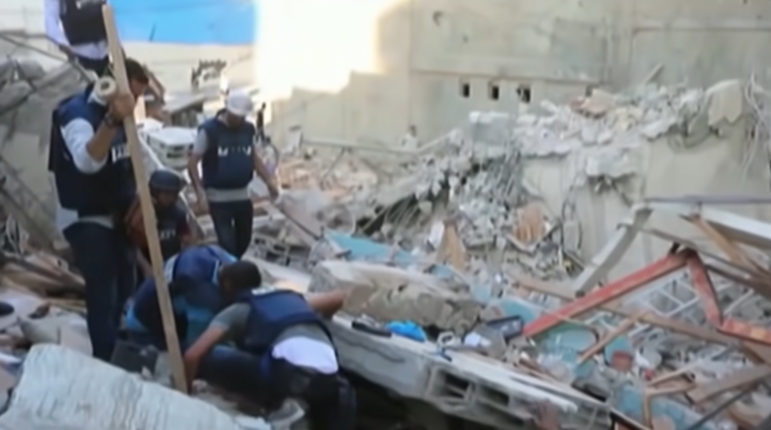 The threatened eviction of Palestinian families in the Sheikh Jarrah neighborhood of East Jerusalem. The invasion of the Al Aqsa mosque by Israeli troops, firing rubber coated steel bullets, tear gas and stun grenades. The bombing of the building in Gaza which housed the Associated Press and Al Jazeera press organization. All during the pandemic raging in Gaza. It’s all a pattern of erasure that is part and parcel of Israel circa 2021. Erasure of any trace of Palestinian presence between the Mediterranean Sea and the Jordan River. Erasure of Jerusalem’s status as a holy city for three faiths. Erasure of news reporting of what’s going on in Gaza.

At the same time, Israel attempts to use its self-description as a Jewish state to erase any criticism of its crimes by labeling such criticism as anti-Semitic. But it is this state that is corrupting the meaning of Judaism and is dangerously fanning the flames of antisemitism worldwide.

President Joe Biden and Secretary of State Antony Blinken, nearly silent for so long on war crimes visited upon the civilian Palestinian population in the Occupied Territories, suddenly become vocal when Hamas fires rockets into Israel. Israel “has a right to defend itself,” they say. Dozens of American politicians deceitfully follow suit. But courageous voices in the Congress are now exposing this “right to defend” messaging for its utter failure to acknowledge reality. Reps. Rashida Tlaib, Cori Bush, Mark Pocan, Betty McCollum, Sen. Bernie Sanders and others have pulled open the blinds to expose to the American public the brutality of Israel’s rule. They speak to empty chambers, but their voices echo loud and clear.

Israel is not “defending itself.” It is a heavily militarized occupying force which is using that military strength to oppress and kill those whom it is occupying. That is not defense.

In January, the B’Tselem report “This is Apartheid” documented in detail that “the entire area is organized under one principle: advancing and perpetuating the supremacy of one group – Jews – over another – Palestinians.” In April, the Human Rights Watch report “A Threshold Crossed” added further documentation: separate legal systems, separate road systems, illegal transfer of populations, restriction of movement, restriction of residency rights, restriction of building rights, and an intent by the state of Israel to maintain this in perpetuity.

In Sheikh Jarrah and throughout East Jerusalem, we are witnessing 1948 Al Naqba in real-time 2021: people driven from their homes, the very essence of the Zionist project.

The highly respected Jewish journalist Peter Beinart recently wrote “The crimes of the past, when left unaddressed, do not remain in the past.” It is well past time to address those crimes.