Statewide standardized testing this Spring: To what end? 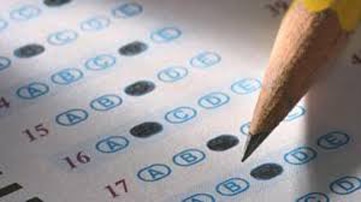 The chairs of the U.S. House Committee on Education and Labor (Bobby Scott, D-VA) and the U.S. Senate Committee on Health, Education, Labor, and Pensions (Patty Murray, D-WA) have signaled their insistence that statewide academic testing proceed this spring, despite a still-raging pandemic that shows no signs of abating.  My question for them is:  To What End?

Since this past March, schools across the United States have been intermittently shuttered and (partially) reopened – in most cases, with little notice to students, families, and educators.  Since March, teachers have been required to plan and engage students in both remote and in-person learning experiences – in many cases, simultaneously.  Educators have spent countless hours reaching out to families whose students have stopped coming to school when in-person instruction has been offered, and/or failed to log on for remote learning – even in districts that have somehow marshaled the resources to ensure that every student’s home has been outfitted with a laptop or tablet, as well as with reliable internet service.

Even more than they do under ordinary circumstances, educators have worked since March to support youngsters emotionally as well as academically, during times when routines have become non-existent;  when children’s fears for their own health, as well as that of their siblings, parents, and grandparents have never been more real;  and when families’ financial circumstances – already precarious in too many instances – have grown more and more desperate.

Further compounding the burdens that they have shouldered since March is the fact that educators’ numbers have dwindled considerably.  This past spring, with both answers and PPE in short supply, and neither a cure nor a vaccine anywhere in sight, many senior educators whose own health (or that of a spouse) was compromised opted to retire early from the profession.  Less-senior educators with chronic health issues have needed to take leaves of absence or, when such leaves have not been available to them, to resign their positions entirely.

Consequently, school districts across the country have struggled, not only to hire permanent replacements for these educators, but even to find substitute teachers.  Some states, my own included, have taken to permitting school districts to hire as teachers individuals who have not yet completed their undergraduate preparation programs.

Despite these many challenges, the chairs of the Congressional committees of jurisdiction in both houses remain steadfast in their belief that state standardized testing should be administered this spring.  They cite the recent announcement that NAEP (National Assessment of Educational Progress) testing will not be conducted this year as adding to this “moral imperative.”

In November, when announcing the suspension of NAEP testing for 2021, the commissioner of the National Center for Education Statistics identified that COVID-19 had rendered administering those assessments impracticable for the teams that would have had to travel to schools to do so.  He cited the facts that most districts were not permitting anyone but students and staff members to enter school buildings, and – still more problematic – that many students were attending class largely or even exclusively remotely (and therefore would not be physically present to participate in NAEP testing), as reasons for this decision.

The commissioner expressed that policymakers would still have access to student learning data from state tests, which he imagined could still be administered because those assessments “generally use existing school staff and equipment.”

No one who cares about the academic, social, and emotional development of America’s children – or who values our country’s system of public education – would ever minimize the importance of formative assessment to furthering student learning.  We have known since long before any of us had ever heard of COVID-19, though, that statewide, standardized tests are anything but formative, and that they tell us far less about youngsters’ instructional experiences than about their families’ economic standing.  Indeed, some researchers have demonstrated that the percentages of students scoring at certain levels on statewide, standardized tests can be predicted using only information about families’ household incomes and levels of formal education.

No one who has paid even passing attention to what students, families, and educators have endured since March could think for a moment that children’s learning has not been disrupted.    The question for policymakers is whether what would be learned by administering standardized state testing to students this spring would be worth the significant added disruptions to students’, families’, and educators’ lives, or – more important – the further incursions into already precious instructional time.

Student learning data are enormously valuable – but only if they are used to inform decisions about instruction and other programming.  The standardized assessments that states routinely use, and upon whose administration Congressional leaders now insist, have never proved worthy of this task under ordinary circumstances.  That they could prove so, now, during this time of continued upheaval, is unimaginable.

Rather than insisting that states and districts move Heaven and Earth to administer standardized testing during the current academic year, the federal government should work with individual state departments of education – and, state departments of education, with individual school districts – to use the myriad data that administrators and teachers have naturally collected since March, to allocate resources that will allow for student learning to be recovered, and for historic structural inequities to be addressed at long last.