The poor and elderly will be hardest hit 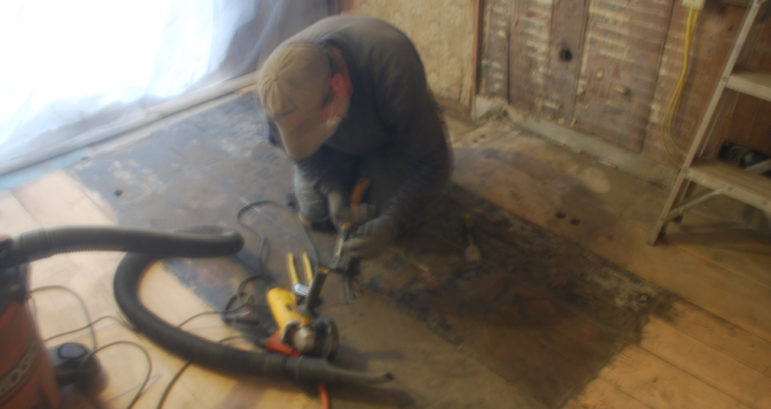 There are several significant public policy reasons why Gov. Ned Lamont should reconsider his effort to impose a sales tax on the repair and renovation of Connecticut homes. Not the least of which is the regressive nature of the sales tax on services and its disproportionate impact on inner cities, the poor and our elderly on fixed incomes.

Connecticut competes with neighboring states for the distinction of having some of the oldest housing stock in the country. Much of that aging housing stock is found in our urban centers. The extra cost of the sales tax could discourage homeowners in older neighborhoods from making much needed safety-related repairs.

Inner-city landlords will be more inclined to delay renovations. Said delays could place the health and safety of their tenants at risk, endangering our most vulnerable populations. Renovation, Repair and Paint (RRP) lead disturbing activities could also be delayed and lead poisoning mitigation could be postponed or done by unqualified contractors working outside the lead safe work practices required by the EPA, further jeopardizing the health and safety of our vulnerable populations.

City blight will be exacerbated at a time when our cities can least afford it. The value of housing in Connecticut has not recovered to the same degree as other states (this is particularly true in many of our urban centers) and if people put off renovations, repairs or replacement of necessary systems like heating, air conditioning, roofs, etc., then the value of housing will be further depressed. Ultimately, the governor’s tax proposal is counter intuitive given his stated goals of urban renewal and revitalization.

In addition, Connecticut has some of the most economically and racially segregated housing in the country, due in part, because of decades of housing affordability and accessibility issues in our more affluent communities. Since 2009, the residential construction industry has been producing residential units at only a fraction of the rate needed to maintain current housing numbers. Consequentially, ensuring Connecticut residents have access to affordable renovation and remodeling services is more important than ever in order to guarantee Connecticut has as much of its older housing stock in use to hold the line on housing affordability and accessibility. A well-maintained older housing stock is often the only affordable option for many working families to be able to live where they work. This is especially evident in the western part of our state where issues of affordability are most acute.

Connecticut, like many other states, has a large underground home improvement market. Some estimates put this illegal cash market at greater than 40 percent. These offending contractors are not registered, nor are they likely to be adequately insured. Often, they are without a tax I.D. Especially noteworthy and troublesome is that by virtue of being unregistered, illegal contractors do not pay into the Home Improvement Guaranty Fund. This means an unsuspecting homeowner that does business with an illegal contractor doesn’t benefit from the guaranty fund’s added protection, leaving homeowners without much for recourse if something goes awry.

At the end of the day, law abiding home improvement contractors that would be forced to comply with these new tax requirements would be undercut to an even greater extent than they are now, compelling even more underground home improvement activity and consequently, leaving more homeowners at risk.

The sales tax on residential renovations and repair will never capture anything approaching the entire remodeling market, as some unscrupulous remodelers will be even more incentivized to be compensated “under the table.” Still, other unregistered home improvement contracts may even be inclined to collect the tax from a customer without the intention of ever passing it along to the state. In the end, remodelers who “play by the rules” would be penalized, while much needed repairs in older homes could be further delayed or ignored completely.

Our governor and our legislators know that Connecticut has already lived this folly before. In the early 90’s Connecticut taxed many of the very same remodeling services including; paving, painting, siding, roofing and landscaping. Those taxes did not yield anywhere near the intended revenues. In fact, as a result, the underground contracting industry grew significantly and its negative impacts continue to plague the Department of Consumer Protection and our industry at large.

Alternatively, we encourage Gov. Lamont and the General Assembly to join us in finding a new way forward in which state government incentivizes the remodeling and repair of existing homes — incentivizing the renovation of our senior’s homes so they can age in place will encourage a cost-effective alternative to nursing facilities and lessen the strain on the state’s Medicaid expenses ultimately saving tax payers millions. In addition, the state could better incentivize the renovation of aging homes with the goal of increasing energy efficiency, saving homeowners thousands of dollars a year while helping to relieve the strain on our energy infrastructure.

Jim Perras is the Chief Executive Officer of the The Home Builders and Remodelers Association of Connecticut (HBRA-CT),  a professional trade association with over 800 business members statewide.

One thought on “Taxing home repairs and renovations is bad policy”