The DOT needs to modernize our railways — and its thinking 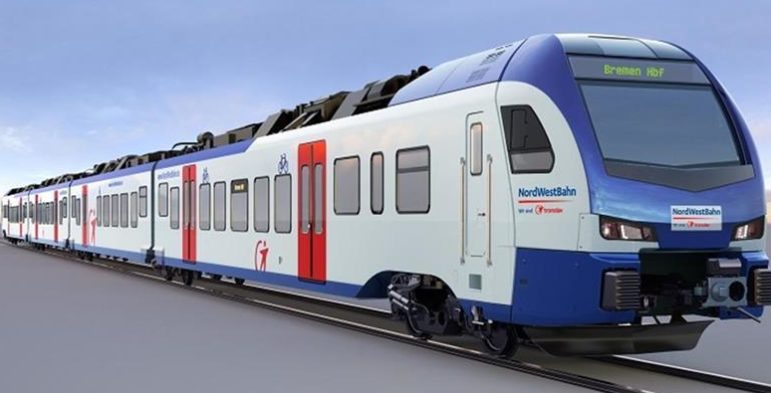 Illustration of a 160 km/h EMU in Germany.

Connecticut’s citizens deserve fast, reliable, and practical rail service along the state’s rail lines. The Connecticut Department of Transportation (CTDOT) has made strong public statements committing to improve rail service not just on the main line, but also on the diesel branch lines serving Danbury, Waterbury, and the I-91 corridor. Delivering on its promises will require purchasing new trains designed to modern standards.

The brain trust that is CTDOT, however, has its heart set on ordering the trains they are used to for the branch lines, despite that everyone else in the world has moved on to better equipment. The Request for Information that CTDOT generated appears to specify unpowered coaches, hauled by diesel locomotives, instead of modern self-propelled European-style diesel multiple units (DMUs).

If CTDOT continues down that path, it will be paying a premium and locking in worse service. Multiple unit (MU) means that wheels on multiple cars in the trainset receive power from a built-in motor, in this case a diesel engine. Traditional locomotive-hauled consists to which DOT is accustomed are lucky to accelerate or brake at 1 mi/h per second. MUs routinely achieve double that. That cuts nearly a minute off the time needed to make each stop and reduces the negative impacts of slow zones. That translates to several minutes of potential trip time savings per branch line run, increasing the attractiveness of the service. There is little reason to worry that changing branch line fleets to DMUs will significantly increase operating costs; NJ Transit, which uses almost no MUs, incurs about the same cost to run each unit of service as do the MU-heavy LIRR and Metro North.

Locomotive-hauled trains are not just slower; they are shaping up to be much more expensive. DOT has asked for $500 million for 110 cars; they currently have enough funding to purchase 60. That works out to $4.5 million per 85-foot car, about double what European DMUs cost (See here, here, and and here). Moreover, MUs that can use either diesel or electric propulsion are gaining ground and come at no significant additional upfront expense.

So, what do DOT and Metro-North think? Well, at the August meeting of the Commuter Rail Council, CTDOT officials claimed that costs for European DMUs cannot be compared to US costs, since FRA regulations prohibit European equipment. This is no longer the case. New rules in place for a year now, in development for decades, stipulate that trains certified to European crashworthiness regulations are basically good to go on U.S. rails. The intent is explicitly to widen the hitherto tiny pool of car makers. Despite this, DOT was not actively considering DMUs, a decision that not only will cost farepayers and taxpayers more per car, but will also deliver slower, more unreliable rail service for years to come.

Fortunately, it is still early in the process, and the legislature always has the option of declining to fork over the funding. At a minimum, the legislature should obtain concrete guarantees of how much service will be furnished in the presence of 60 cars as well as with 110 cars. Sixty cars should be enough to run hourly service on all four branches all day long, which is much more than is currently offered.

To calculate this, take the round trip run time, divide that by the desired interval between trains, and multiply by the number of cars in each set. Round trips on three of the four branches can be run in three hours; a round trip on the Hartford Line requires four. That means a total of 13 trainsets are needed. Giving each trainset four cars (probably overkill) requires 52 cars in regular service, plus two spare consists. Even accounting for maintenance and rotations, 60 cars should suffice to dramatically improve current service This computation, which took me a few minutes, is already more than we have seen from Metro-North and CTDOT. They should not be allowed to get away with not furnishing an analysis of why they need 110 cars.

For now, CTDOT officials seem to be content to continue operating trains using the same operating practices they have followed for years, with little interest in modernization. Its new leadership team has displayed bold, ambitious goals, such as with their 30-30-30 plan. Achieving this standard of service, however, will require new thinking. That starts with ditching obsolete loco-hauled trains. Legislators should keep transportation officials accountable for spending hundreds of millions of dollars on the best equipment available.