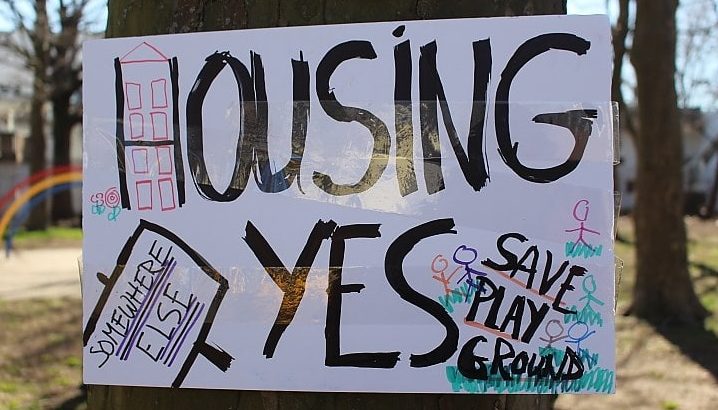 Yet another group is standing in the way of progress for New Haven’s Dwight community. We deserve better.

Kensington Playground lives on a one-way side street with very little foot traffic. This has made it easy for certain activities to overrun this space that you would not want to have children around. When I was a kid my mother would not let me play at Kensington Playground out of fear for my safety. For the past 20 years, I’ve run the Advance Child Care Center on Kensington Street, less than a block away from Kensington Playground, and nothing has changed since that time. Never once in my two decades of caring for kids have I ever let children play at that park.

Folks who want to keep this space as a park are not considering the safety of the people who call this neighborhood home. They are ignoring the very real, unsafe things happening at the playground and its long history of not being used by children and families. I do not want this under-used, unsafe space to continue existing in our community. It’s time to acknowledge that Kensington Playground can be used for so much more, and what can support our community more than affordable housing for our neighbors?

Through my business, I have been a commercial tenant of The Community Builders (TCB) for the past 20 years. TCB is a non-profit developer with plans to develop Kensington Playground into affordable housing as part of a larger revitalization project of their Kensington Square apartments. During my time as their tenant, they have earned my trust and respect by listening to and implementing feedback from residents and community members. This is why I not only want to see Kensington Playground put to better use, but why I am confident in this project.

The FOKP and their lawsuit against the sale of Kensington Playground is disregarding all of the other pieces of the Kensington Square project that could be investing into our community. They are disregarding the new, affordable housing that is needed now more than ever. They are not considering our neighbors who are now waiting to have their homes renovated. They are ignoring the improvements that this project will contribute to Day Street park and Garden Street park which are only one block away from Kensington Playground. They are forgetting about the much needed community programming and jobs this project will create. While FOKP is focused on this one park, I’m focused on people’s lives.

Having lived in the Dwight neighborhood since I was 5 years old, this is not the first time I’ve seen a group stand in the way of improvements that would serve the people living here. Our neighbors need housing, jobs, and clean, safe parks for their children. By attempting to stop this project, the fight to “save” Kensington Playground is at the direct expense of the people who call Dwight home.

Fortunately, earlier this month, a judge dismissed one of the two claims in the lawsuit holding up this redevelopment, because he decided the group did not have grounds to sue. Hopefully, the second claim will be dismissed soon, but in the meantime, I do not want the voices of the community who support this project to be silenced.

I’ve spent my entire life caring for children and our community. Through my work as a child care provider, I’ve seen first hand how many of the families I work with have suffered this past year. Our community needs and deserves more and we deserve better than Kensington Playground.