The elephant in the Metro-North station 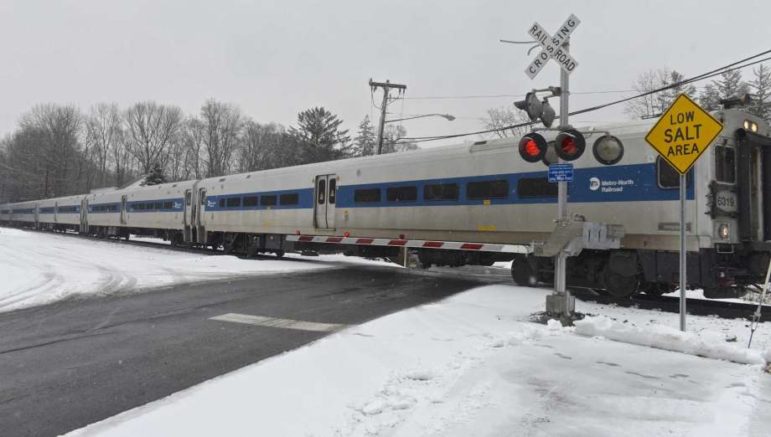 I commuted to New York City from suburban Westchester County, N.Y. and several different towns in Connecticut for decades on Metro-North. Despite the image of “Dashing Dan,” the harried Long Island Railroad commuter and the reality of cold platforms on snowy mornings, late trains and iffy heat, I loved it. Before cellphones and laptops took over I read the Times and Journal on the way in and Shakespeare, Freud and Nelson DeMille on the way out. I napped on the late trains and occasionally drank in the bar car. It was a great way to prepare for the work day ahead and decompress from the day behind. There were unwritten codes (no talking in the morning) and protocols (the order in which seats would be taken) and a culture of shared experience. I walked to the station, so my automobile rarely moved from Sunday night to Saturday morning. My carbon footprint was tiny.

Over time, I paid more attention to transit policy and developments. I cheered when Metro-North added service, most of which was quickly matched with increased ridership. I longed for extension of service to tracks beyond current terminals. I debated the pros and cons of capital projects.

But after February 2020, I took only one trip on Metro-North, during the July trough in COVID cases. The few other times I went to NYC I drove, which I normally loathe. Whole years go by when my tires never touch Manhattan. I’m not alone of course. Our town’s train station has 200 parking spaces. I pass it frequently and the highest number of cars I’ve seen parked there over the past ten months is six.

This is the Danbury line, a spur off the main New Haven line. It isn’t electrified, it’s slow, there’s only one track for most of its 24-mile length and it serves just seven stations. The state tried to close it some years ago as route “Super 7” was being designed along a largely parallel route. I like the line and have defended it in conversations. Super 7 wasn’t built and the DBL lives on.

But now there’s an elephant in the room and its name is low ridership. The money that’s been poured into this and other spur lines let the state increase the number of daily trains and those that ran direct to Grand Central. Welcome changes but now frighteningly expensive, especially for a state whose financial condition is poor. Will CT Rail continue to run three-car and seven-car consists, as they do now, for only a handful of passengers? Should it pay a conductor to collect fewer tickets than cover his wages for the trip? Why does a locomotive burning two gallons of diesel fuel each mile get high environmental marks when that consumption is only divided among a dozen passengers? The state runs buses along much of the route as well, why do both? It would be cheaper to send an Uber for every passenger. Heck, at this rate, it would be cheaper to send stretch limos!

I don’t want to see the branch lines abandoned. Reducing frequency of service past a certain point kills ridership disproportionately. But Connecticut shouldn’t keep pouring money into long trains and excess staff. Politicians who want to save money are usually accused of wanting to cut programs altogether. Keeping services but making them more efficient gets only lip service. This is the time to make some decisions on the state’s thinly used passenger rail lines.

“Let’s wait and see how much ridership recovers post-pandemic” is a dodge, and an expensive one. It’ll be tough to negotiate with unions regarding more rational staffing. There may be technical issues as well as capital costs to using one-car self-propelled trains. Critics will raise “safety issues” without regard to cost per life saved, perspective or reason. But every candidate runs on a platform of “being able to make tough decisions” so let’s call them on it.

The tough decision that would serve Connecticut residents and taxpayers best would be more frequent trains, that are a lot smaller, staffed by fewer people. But at this point, I’d settle for them being able to have tough discussions. Our train stations are ghost towns, with the only occupant a pachyderm who the governor and legislators are pretending isn’t there.