The General Assembly must take back its authority 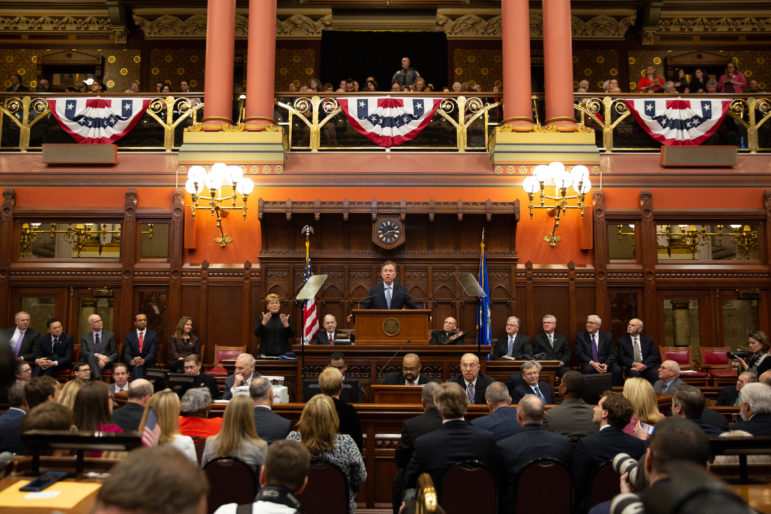 The Supreme Court of the United States was a topic of unusual focus during last year’s general election season. I say this is unusual because our judicial branch in the United States is, for good reason, selected through appointments rather than election, insulating the courts from partisan impulses. The independence of the judiciary is an essential part to the separation of powers that has helped preserve American democracy for centuries. Recent events have caused some worry about this balance of power to be unsettled by dishonest rhetoric at both the federal and state levels.

For this reason, Mitch McConnell received well-earned criticism for revoking his own principles that allegedly were in place out of respect for these American institutions. When refusing to vote on Merrick Garland as Barack Obama’s nomination to the Supreme Court in 2016, McConnell justified this refusal by invoking America’s democratic principles. “Let’s give them a voice,” he said, “The Senate will appropriately revisit the matter when it considers…the nominee the next president nominates.” This claim, that the Senate ought not to confirm a Supreme Court justice during the year of a presidential election, may or may not have been valid at the time.

If what was to be considered an unqualified principle of American government in 2016 was convincing to Mitch McConnell then, surely this principle would remain in future identical scenarios. This is how the rule of law works. Instead, as the Supreme Court faced another opening in 2020, before a presidential election, McConnell rejected his own principles to vote on Donald Trump’s nomination to this seat, exposing the judicial branch to the same partisan impulses from which we should desire it be insulated.

The qualifications of Amy Coney Barrett, according to Mitch McConnell circa 2016, are irrelevant; procedures have more value than individuals and ideologies in our constitutional system. If we are to grant the validity of McConnell’s policy in 2016, it should have been equally applied in 2020 without reference to party politics or short-term partisan goals. The separation of powers is unduly threatened by McConnell’s manipulation of legislative procedures, ignoring the institutions and norms that stabilize American government in the interest of his party’s political advantage.

It is upon this scene that it is appalling to witness similar developments in our own state’s politics. During this era when the need for respect of American political institutions is greater than ever, Connecticut is approaching its own erosion of political norms. What we watched in horror at the federal level is now being fit for our own government at the state level. Almost one year after this pandemic began, the General Assembly has continued to leave the governor’s emergency authority unchecked, and the governor is now [with the acquiescence of legislators — Ed] implementing a renewal of this authority as it is set to expire Feb. 9. With the governor’s holding on to unilateral executive authority for the duration of this pandemic, our state is now exposed to the same risk of arbitrary abuse of power for which we rightfully criticized Mitch McConnell, thereby endangering the rule of law that is so necessary for stable democracy.

Since at least Roman times it has been acknowledged that placing legislative and executive powers in the same office leaves a state vulnerable to corruption and arbitrary abuse of authority. The roots of separation of powers in American democracy comes from this same observation by the acts of European monarchs. It was concluded at the founding of American government that no individual should ever have the unchecked authority that was prominent for so long in Europe.

By allowing unopposed renewal of the governor’s emergency authority, the General Assembly exposes Connecticut to the same imbalanced distortions that Mitch McConnell threatened at the federal level. The process by which government sets its rules is important, as it leaves a precedent to be followed by future generations. Like the rest of the state that has adapted and learned to restructure their conditions of employment during a pandemic, the General Assembly must do the same. The unchecked rule of one office may be practical in the short-term, but it sets an example that has the potential to devastate civil society in the long-term.

Those who worry about the separation of powers at the federal level must be careful to not divert their attention from Hartford, lest we irreparably unravel our own political institutions. Perhaps the General Assembly has given its legislative power to Augustus. But who can know how long before this power is in the hands of Caligula or Nero? The 45th presidency, by itself, should have been a sufficient warning about the danger of trusting a single executive with too much power. This is not a matter of one elected official or political party being more or less fit to govern than another; excessive reliance on executive power is an existential threat to our constitution, regardless of who wields it.

Brandon Cousins is Secretary of the Libertarian Party of New Haven County.