The pedestrian safety bill does little without a road design rethink 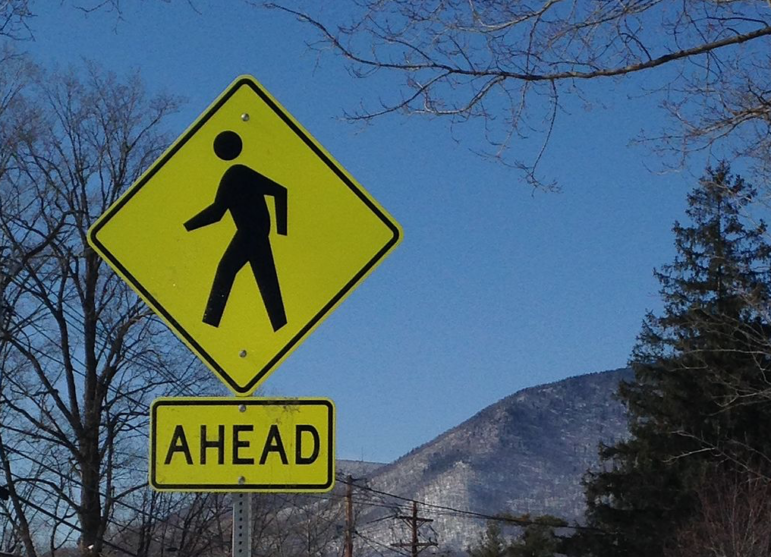 The recent pedestrian safety bill, HB 5429, is an important — if small — first step toward making Connecticut safer for walking and biking. But unless the bill is paired with changes to our road design and zoning, our streets will continue to be dangerous places for pedestrians and cyclists.

The bill’s two key provisions allow localities greater flexibility in setting speed limits and remove a requirement for pedestrians to be in the road to legally signal their intent to cross the street. Lowering car speeds is one of the most important measures we can take to protect walkers and bikers. That’s because the research on speed and safety is quite clear: the higher the car’s speed, the more dangerous a collision is for a pedestrian or biker.

Unfortunately, just lowering the posted speed limits will not actually slow down cars. As UConn Law professor Sara Bronin wrote in CityLab, “People drive the speeds the roads ‘tell’ them to drive,” not necessarily what the speed limit is. In other words, people look to the design of the road to tell them how fast to drive, not the posted limit. We need to build streets that tell drivers to slow down, not streets with highway standards.

Fairfield — whose representatives admirably championed the bill — is a perfect example of the poor street design that plagues Connecticut. State Rep. Jennifer Leeper, D-Fairfield, referred to the bill as an “excellent step to improve pedestrian safety as well as the management of traffic flow and therefore, the overall health of Fairfield’s Post Road, Black Rock Turnpike, and Southport’s Pequot Avenue.”

But anyone who has spent time on Route 1 (i.e. Post Road) or Black Rock Turnpike could tell you that lowering the speed limit won’t change drivers behaviors, because many already ignore the posted limit. And being legally able to signal your intent to cross from the sidewalk when there are four lanes of traffic moving 40 mph is not a solution, either. Contrary to Rep. Leeper’s statement, we can’t simultaneously prioritize pedestrian safety and traffic flow.

Route 1 and Black Rock Turnpike are so hostile to human beings because they’re what Strong Towns founder Chuck Marohn refers to as “stroads,” or street-road hybrids. Stroads are some of the most dangerous places for walkers and bikers (not to mention drivers), because they feature high speeds, multiple travel lanes and numerous, complex curb cuts leading to strip malls. These environments are miserable, dangerous places for pedestrians and cyclists. We need to follow the suggestions of experts like Bronin and Marohn and rethink how we build our streets.

In the interim, there are some easy moves we can make. One is to dedicate more space in our cities exclusively for people. During the pandemic, many major cities shut down streets to car traffic (Hartford closed some near its parks). But as Tom Condon noted in these pages, most Connecticut cities were slow to follow suit. That can easily change in the future.

Second, we can continue the expanded outdoor dining that started during the pandemic. Multiple bills this session would allow municipalities to streamline future outdoor dining ordinances and turn more of their streets and parking over to dining. When drivers encounter areas full of people and activity, they naturally slow down.

However, the only true way to make our state safe for people outside of cars is to change how we build our cities and towns. Our current zoning regime virtually guarantees that the only things we construct in Connecticut are single-use, car-based neighborhoods and strip malls with massive surface parking lots. This configuration prioritizes cars and makes pedestrians and cyclists an afterthought.

Alternatively, constructing more multifamily housing near existing transit and allowing incremental density (e.g. townhouses and duplexes/fourplexes) on our main streets and commercial corridors would transform pedestrian safety. More people living near amenities and services would mean more people making trips on foot or on bike and fewer people in cars. Ultimately, the safest places for pedestrians and cyclists are the ones designed with them in mind in the first place.

Thomas Broderick is a resident of Trumbull.