The storming of the U.S. Capitol evokes fear — and concern for the future — in immigrants 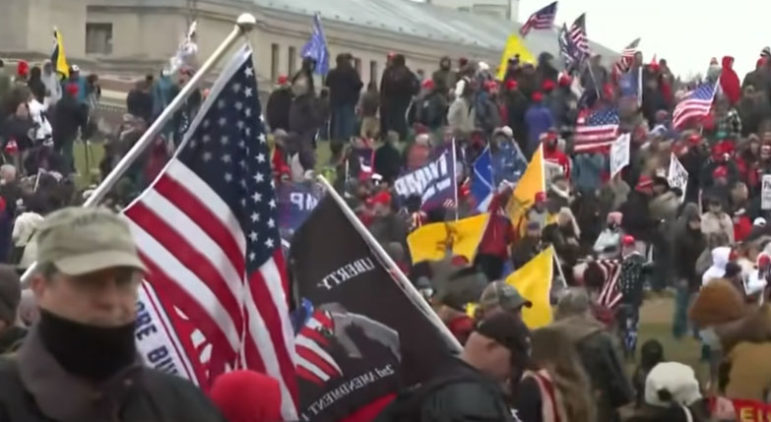 When a mob stormed the U.S. Capitol on January 6, it brought me back to my youth in Africa. As a child I was kidnapped by rebels, only to escape months later. Wherever I found a seemingly safe haven, rebels would follow, even attacking my refugee camp in Uganda. Some refugees in the camp wondered why they had fled their home countries only to run from bullets they thought they had escaped.

As I watched the riot in the Capitol, one of the scariest moments of my life, I asked myself how this could happen in the United States, the world’s leading democracy, a beacon for the rule of law and human rights, and a place of promise and hope where refugees seek safety. I was terrified that, with gun ownership so common, the insurrection would lead to war. I thought of the wars, rebel attacks, and massacres I had survived. I thought about where I could flee to next as I prayed on my knees to God to save everyone from being hurt by the rioters and save me from being a refugee for the third time.

As a Black immigrant who has been searching for safety almost all my life, I am alarmed that the violent forces of racism-rioters bearing Confederate flags and taunting Black police officers with racial slurs would be able to storm the seat of America and democracy.

In the weeks before the insurrection at the Capitol, as election results were being counted, my eyes were glued on TV to keep myself informed. What a beautiful thing to see a peaceful transition of power, the tradition for generations in this country. Many refugees come here to escape bad governance, abuse of human rights, and violence caused by rebels fighting to topple dictators. A peaceful transition of power not only creates a peaceful co-existence among people. For refugees, it helps heal wounds from our past. I was resettled in the United States near the end of the Obama administration, and it was joyful to see President Obama wave to the clouds as he left the White House and welcomed his successor.

My excitement for a peaceful transition of power comes with the struggle to learn about my new home. This includes American politics, distinguishing between the popular and electoral votes and the House and Senate and the role each plays. As if this is not enough, refugees like me —especially those who fear that their views, however honest they might be, will lead to consequences— decide to keep their views to themselves. Some of us feel especially vulnerable because we are not yet citizens.

On September 10, 2020, I wrote an article in the New Haven Independent in which I shared some of the fears and insecurities of refugees and immigrants, and my experiences with racism as a Black man and immigrant in the United States. These incidents leave many immigrants wondering whether they are safe. Even after resettling in developed countries, refugees’ rights are limited, and they continue to fear for their lives.

After reading my article, a friend called to express his fears over my life. This reminded me of something I wrote while a refugee in Uganda. I had been denied entry into Zimbabwe to attend an education conference because I held only a Refugee Travel Document. After being made to wait for more than nine hours, I was sent back to Uganda. Technically, I was deported —my crime was being a refugee. I drafted an article about this experience and asked a friend, a senior staffer at an international organization, for her views. For my own safety, she advised me not to publish the article and to delete it from my computer.

Politics have never been a thing for me, not because I do not care, but because politics have caused trauma and turmoil in my life. I lost my home, have twice been a refugee, and have faced the challenges of being a refugee for over 22 years. By the next presidential election in 2024, I will have turned 40 without ever casting a vote. This is one of the implications of being a refugee. We do not have all the rights we need to determine our destiny and decide who should represent us on matters that affect us. No one chooses to migrate; we are forced to leave our homes to seek safety elsewhere. Anyone in my situation would understand my reasons for not paying much attention to politics.

However, I must put my fears and immigration status aside. I am a taxpayer and resident and contribute to this country. All decisions politicians make on climate change, immigration, COVID-19, and healthcare, among many others, affect refugees as well. That is why it is important for everyone to feel safe and empowered to air their views without fear of consequences. Part of my job is to teach students about refugees and immigration. I see students changing their perceptions about refugees and realizing how much we contribute to the nation. We must create a favorable and welcoming environment for refugees if we want them to contribute to this great nation. We have so much to offer.

Now that a new administration is settling in, riots and demonstrations have subsided, and the impeachment trial has closed, we can focus on dealing with the pandemic, educating communities about vaccines, recreating jobs we have lost, reopening schools safely, and getting help to individuals and families who have lost their livelihoods. We can make immigrants feel safe. We can come together to create programs aimed at solving poverty and inequalities, and we can end racism and homelessness. To do these things, we need to come together as a nation. I am hopeful that the new and future administrations will learn from past challenges and bring all of us together regardless of our differences and status in the community for a better America.

This is one of the greatest countries on earth, but its greatness depends on how we conduct ourselves and how we treat one another, especially when differences arise. We can burn it down or make it better; the choice is ours. Whatever we choose to do, history will judge us. Countries that experience violence never remain the same. The loss and pain is unbearable. Let us not take that path.

There are moral lessons we can learn from these experiences. First, no matter our differences, we can find ways to resolve our conflicts without resorting to violence.  It doesn’t matter who starts the violence. When violence occurs, we all lose. Our forefathers, such as Dr. Martin Luther King Jr., taught us that “…darkness cannot drive out darkness; only light can do that…” We must choose to be light or be darkness.

Second, we should not look at our party colors when it comes to electing our leaders. We need leaders who will represent our interests and issues.  We need to scrutinize their manifestos, their policy promises. Most importantly, we MUST hold them accountable for those promises. We are living in unprecedented times dealing with critical issues. Having leaders we can trust will be key.

I don’t want to become a refugee for the third time. I want to become a citizen in a country where everyone can live with the peace, safety, and freedom that is the promise of the American dream.

Bahati Kanyamanza is a Manager of Youth Programs and Education Advocacy at Integrated Refugee & Immigrant Services in New Haven. He advocates for refugees’ human rights. As a boy in the Democratic Republic of Congo, he was kidnapped by rebels, escaped and wandered from village to village until he landed at a refugee camp in Uganda. He has been advocating for refugee rights since 2005. He came to the United States in 2016.