The struggle for racial justice and equality is far from over

After the Capitol riot, a reflection on the nation's failure to eradicate racism and hate among its people 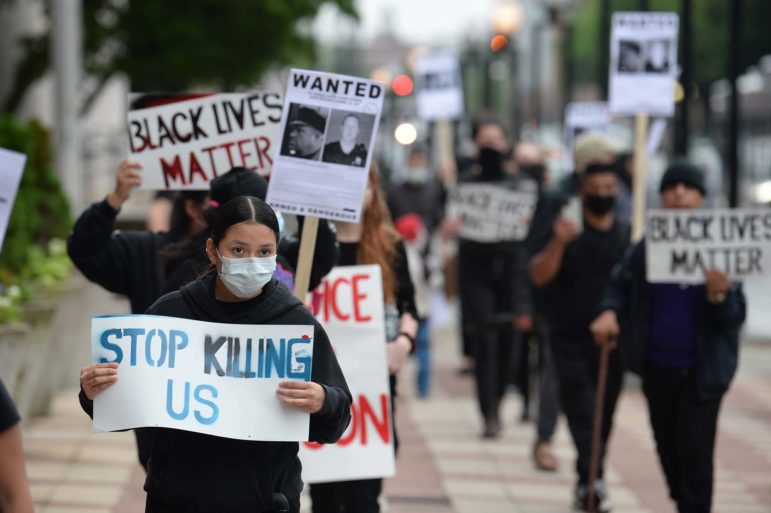 A group of protestors from the immigrant and black communities arrive at city hall in New Haven after marching from the Fair Haven section to show their solidarity in fighting against racial injustice, June 11, 2020.

On the eve of the annual celebration of Dr. Martin Luther King, Jr.’s birthday, I and many others are reflecting on what recently transpired at the U. S. Capitol and how it relates to the injustices that Dr. King and so many others fought to change so many years ago.

It is obvious that our nation’s fight for racial justice and equality is far from over. In fact, it continues to this day.

What we witnessed January 6 at the U.S. Capitol, as racist and other white supremacist groups joined in the assault on the heart of our national democracy, was a backlash that is the result of America’s denial of its own racist and privileged past. Collectively, we as a nation have never addressed the root cause of those riotous Capitol actions: the systemic and structural racism that still exists today in our country, 155 years after the end of the Civil War.

Last summer’s demonstrations and marches led by Black Lives Matter supporters echoed the ongoing plight of the poor and the oppression of America’s Black and brown people, just as Dr. King Jr. did several decades ago. These marchers were seeking justice for the Black and brown American citizens who lost their lives at the hands of people who are charged with protecting and serving the public, but who instead attacked and murdered them.

The insurrectionists who stormed the U.S. Capitol on January 6 mirrored the attacks against the freedom fighters of the 1960’s and 1970’s, when people of all colors, genders and races marched for justice and equality.  The election of Joe Biden and Kamala Harris — a Black woman – to lead our country threatens the insurrectionists’ ability to maintain their racist status quo, and it assaults their perceived power. The insurrectionists’ violent response also speaks to the loss of their leader, their own modern-day KKK Imperial Wizard, who has wielded his presidential powers to foster hate and division and to elevate white supremacy.

Year after year during various MLK Day programs, speakers rhetorically ask, “What would Dr. King say if he were alive today? Has anything really changed?” There have been some strides made toward racial equality and justice, but we still struggle every day to create a living wage, to enact decent affordable housing, to ensure an equitable health care system, and to guarantee a fair equitable criminal justice system.

People who have been disenfranchised by the structural racism still in place in America could write volumes about the lives they have seen lost at the hands of police, to inadequate health care, and to the simple inability to have just one job that can sustain a family’s basic needs. Dr. King was on the front lines of these issues, and he worked to find equitable solutions to them.

But today, in 2021, more than half a century after his death, we are still fighting for those basic human needs, even as the insurrectionists fight to maintain their white privileges. The angry faces we saw last week at the U.S. Capitol may have changed a bit from the 60’s and 70’s, but in a way they also looked very familiar. The racists who raged against Dr. King brought their children to their rallies, where they spat on, clubbed, hosed, and dragged nonviolent marchers.  Those children of 60’s and 70’s racists still carry that hate — the learned hate of their parents — from decades past. It’s obvious from the damage inflicted on our nation’s capital and our national psyche that their racist, separatist cause was strengthened when they exposed another, younger generation to the fear and hate that is still tearing our nation apart.

More than five decades have passed since Dr. King went on, and these problems remain. They have not gone away. The challenge now to us as Americans, as we look forward to celebrating yet another national holiday in honor of the life and work of Dr. Martin Luther King, Jr., is this: how do we move forward?

I firmly believe that if we do not admit and address the sins of our past, and acknowledge the impact of racism and how it contributes even today to our economic, social, and educational deficits, then we as a nation and as a society are destined to stay in this dark, dangerous place. The flame of fervor for justice and social action that was so prevalent in the 60’s and 70’s must be rekindled in our current generation. It is incumbent on us to sustain now that historic fight for racial equality, to rally to a cause that so righteously declares “No Justice, No Peace!”

No lie lives forever, including the lies of racists and separatists. On this MLK Day anniversary, our renewed commitment as a people will determine whether the United States is truly the nation of equality that its founders envisioned, and is truly the land of the free and the home of the brave as our national anthem declares, or whether the violent insurrection of January 6, 2021 will be repeated over and over again.

I believe Dr. King is watching us all from above. Let America make him proud!

Marilyn Moore, a Democrat from Bridgeport, is Deputy President Pro Tempore of the Connecticut State Senate.