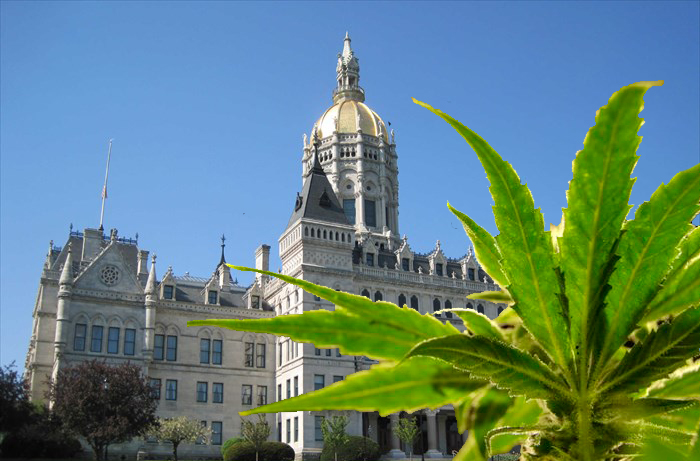 We all know how overburdened Connecticut taxpayers are, and how property taxes have in recent years crept up even as housing values have not. We all know that COVID-19, and the response to it, has blown a massive hole in the state budget that even the entirety of the state’s rainy day fund, if liquidated, could not fill. We all know this is a recipe for more tax hikes.

But what you might not know is that a new study from the University of Connecticut’s Fred Carstensen shows direct new revenue from legalization could go as high as $48 million in the first year of legalization and as high as $223 million five years in. That’s not the billions we could need to plug a budget hole. But every little helps, and not forcing average, rank-and-file taxpayers to shoulder yet more of the burden makes good economic sense —though that’s hardly the biggest reason to do it.

In fact, the biggest reason Connecticut needs to move on this is the need to continue reforming our criminal justice system. The fact is, even under decriminalization regimes like we have here, marijuana presents a tantalizing pretext for a minority of police who step out of bounds in dealing with minority and “white trash” individuals to treat them as actual or would-be criminals, even if they’re doing something as innocuous as selling a joint to a 25-year-old friend.

We might not see a lot of this in Fairfield County where I live, and thank goodness, but it’s an argument that opponents of legalization in other parts of the country —including anti-legalization Democrats— have actually made to me, with a straight face: You can’t always bust someone you suspect of general nefariousness for a big crime. But you can very often get them for possession and selling of marijuana.

It’s a great way of moving people into the criminal justice system who don’t really need to be there, and shouldn’t be. And a few bad cops in every jurisdiction see it as a way of enabling them to engage in a sort of “Minority Report” fantasy in which they stop people — usually the less well-off in society, frequently brown or Black but also often poor and white — who they think will inevitably become criminals by busting them for marijuana offenses when that criminal pathway is literally determined by excessive enforcement over what is frequently victimless crime.

But of course this is just wrong.

Worse, it’s also stupid, and takes valuable resources away from targeting crime like burglary, rape, murder, and other crimes with obvious victims.

It also creates an illicit market for hardened criminals to participate in, bringing crime into the marijuana industry where it need not be present.

We have repeatedly seen the ill effects of cigarettes being legal, but so heavily taxed in New York City that their legality is almost nominal and illicit trade remains a big money-maker for actual, organized crime. Former Alcohol, Tobacco and Firearms agent Rich Marianos has made a point of raising public awareness about how illicit trade in cigarettes funnels money into the likes of the Russian mob.

We see similar trends where drug criminalization, or lack of full legalization, is concerned. As Stephen Downing, Los Angeles’ former deputy chief of police said in 2013, “Our drug policy is really anti-public safety and pro-cartel, pro-street gang, because it keeps them in business.”

Why give criminal syndicates like this, who operate very close to Fairfield County population centers, an extra money-making opportunity by keeping marijuana decriminalized but still not legal?

Why not create a situation where cops don’t have to risk their lives dealing with gangs dabbling in still not-fully-licit weed, when instead Nutmeg State residents —and people from neighboring New York and Rhode Island— could be consuming or supplying product they already do but fully legally, and with taxpayers and policing budgets reaping the financial benefits?

Why not do that, especially, when legalization would eliminate what Major Neill Franklin, a 34-year veteran of the Maryland Police Department, calls a “hostile environment” that undercuts trust between police and the communities they serve —and who most desperately need their help— by keeping marijuana in a legal gray area where possession still isn’t 100% okay, and selling even small amounts of the product remains a felony?

These are just some of the many reasons why, contrary to what a lot of Americans might think, many law enforcement officers do support full legalization of marijuana in America. It’s not just that lone guy wandering around the Conservative Political Action Conference in the Washington, D.C., area every year wearing his “COPS SAY LEGALIZE DRUGS” T-shirt. It’s a ton of members of the Law Enforcement Action Partnership, comprising police officers, prosecutors and more from around the country— and others who are not even involved with the group.

Yes, some law enforcement officers do oppose full legalization. Some oppose even simple decriminalization, which Connecticut has already done.

In some cases, this is because of selective selling of DUI statistics that don’t take account of tests showing marijuana in people’s systems long after it could actually have an intoxicating effect.

In some cases, it is because law enforcement officers are not aware of recent studies showing that marijuana can be useful in treating Post Traumatic Stress Disorder (PTSD) including among veterans, and in enabling opioid addicts to move off of these deadly drugs and onto something that might, if you believe Afroman who sang about what he failed to get done that day “because he got high,” make you lazier but won’t actually kill you.

There’s a reason beyond dollars and cents why fairly conservative Republicans like Ohio Rep. David Joyce back federal legislation that would allow states to legalize marijuana, and why super-Trumpy members of Congress like Rep. Matt Gaetz and libertarian-conservatives like Rep. Tom McClintock have voted for full federal legalization. And that reason is not because they’re weak-on-crime Bernie Sanders acolytes who don’t care about public safety. It’s because legalization, whether done state by state or nationally, legislatively, regulatorily or through ballot initiative, makes a lot of sense.

Ultimately, when 2021 rolls around, Connecticut’s legislature —including more conservative members and “tough on crime” Democrats— need to move on legalization. It will save residents, taxpayers, minorities for whom marijuana consumption or low-level dealing often serves as a pretext to usher them into the criminal justice system, and indeed the law enforcement officers tasked with making that dysfunctional system work, a ton of pain— emotional, psychological, and yes, financial.

Liz Mair is a longtime proponent of marijuana legalization and the owner, founder and president of Mair Strategies LLC, which consults on the issue. She lives in Stamford.