Now that we can quantify it, leaders have a moral obligation to address the problem

In early April, Connecticut Gov. Ned Lamont announced that COVID-19 infections and deaths are far more frequent among African-Americans than in any other racial/ethnic group. The Connecticut Department of Public Health has since been documenting this disparity on a real-time basis.

This reporting is commendable and is compatible with Connecticut’s public commitment to eliminate long-standing healthcare disparities. Before the pandemic the public was already well aware that racial and ethnic disparities exist, but advocates are increasingly frustrated that a more aggressive, real-time solution for this chronic injustice is still not an explicit and prominent part of the state response to the crisis.

In his recent press-conference on May 20, the governor mentioned that the response is focusing on high risk populations, correctly naming prisons and nursing homes but there was no mention of racial/ethnic minorities even as DPH reports regularly how they are bearing a disproportionate burden of illness and death.

Connecticut, one of the wealthiest states in the country, is confronting an unprecedented scarcity of healthcare resources. Shortages of PPEs, insufficient access to testing, and limited support for those with little or no financial reserves to survive the lockdown raise practical and ethical questions about how scarce resources are allocated. One of the most emotionally charged decisions receiving media attention has been who has priority when allocating scarce life-saving ventilators. What criteria should guide that decision?

There is wide consensus within the ethics community that the allocation of scarce resources during a crisis should include two well-vetted principles: the equal moral worth of all individuals and the effort to save the greatest number of lives. But how are these principles applied to the allocation of ventilators during the COVID-19 pandemic?

The philosophical tenet of equal moral worth has intuitive merit, but it is difficult to find its practical applicability when deciding who gets a ventilator and who does not.  In intensive care units (ICUs), medical and physiologic parameters measured repeatedly at the bedside can predict who is more likely to survive and who is not.

A “survivability” score may be the deciding factor, maybe something else, but whatever criterion is used, the decision must somehow be tethered to the equal moral worth principle which inevitably raises questions of fairness. The justification for any priority system must be as explicit as possible and transparent in order to harness the public’s trust.

A number of alternative criteria have been thoroughly studied with input from diverse groups of citizens, ethicists and critical care professionals. Alternatives have included a lottery, first-come, first-served; those with the most years left to live (e.g.: younger vs older or healthy vs people with terminal illness) and those with the most value to others in the pandemic (e.g.: healthcare workers).

Engaging the public in discussions about such options is important to bridge pervasive trust gaps, especially among people of color. The debate is ongoing, but in the meantime somebody in the ICU must decide. It is clear that in the ICU it is too late for the equal moral worth principle to help in that heart-wrenching decision because all candidates qualify; however we cannot ignore the pervasive societal inequalities, the structural racism that have left too many individuals out of the pool.

To be effective, the principle must be applied well upstream of the ICU. How could such a principle be operationalized?

In designing resilience and sustainability measures for climate change-related events in Groton, a local task force will discuss the use of the “social vulnerability index” (SVI), a multi-component variable to capture the disadvantages born out of chronic socio-economic depravation which is usually concentrated in some neighborhoods.

A study conducted by the Open Communities Alliance in Connecticut calculated that approximately half of Latinos and blacks in Connecticut reside in the 2% of the land area of the state assessed less likely to have access to opportunity structures like high performing schools, safe streets, and employment opportunities — all important social drivers of health.

The index can delineate neighborhoods or larger geographic areas where focused emergency interventions can save a high number of lives during the pandemic. Use of the SVI or similar indices such as the “Opportunity Index” used in the federal “Moving to Opportunity [housing] Project”- (See figures below) has been used successfully by policymakers to attenuate the negative impact of historic redlining in cities like Baltimore and Chicago. A similar strategy can be used when deciding how to allocate resources during this pandemic. 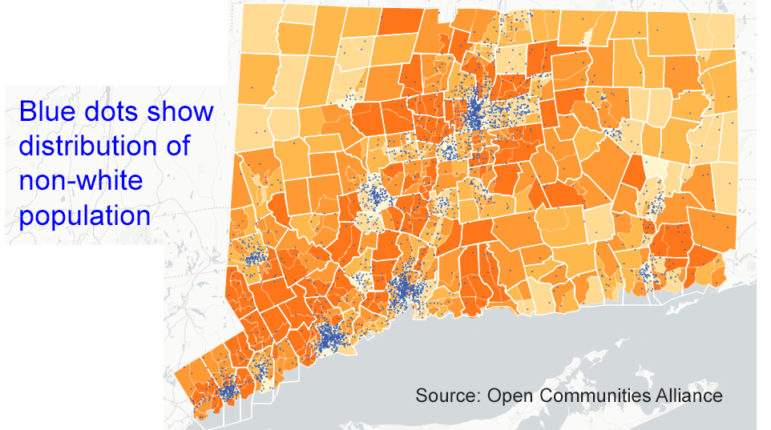 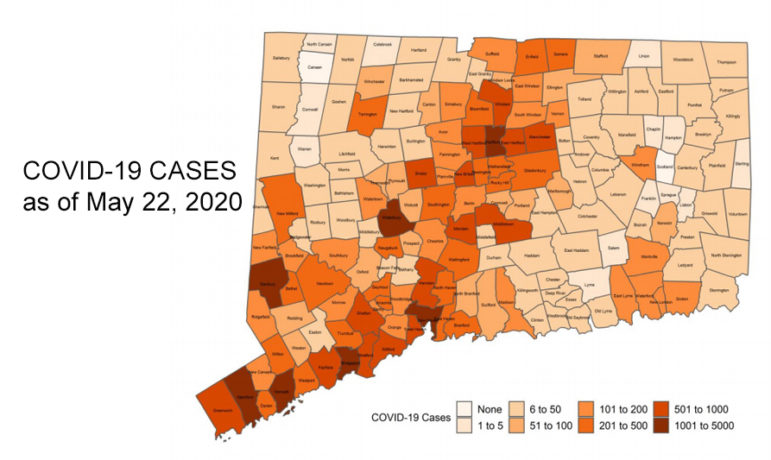 These indices are a practical way, albeit imperfect, of incorporating an element of fairness into the response. A warning is necessary at this point, that any “adjustment factor” for socio-economic inequality as described here is neither intended to, nor can ever stand as redress for three centuries of structural racism.

The principle of saving the greatest number of lives could be most readily achievable when confronting predictable, recurrent events such as seasonal floods and hurricanes where previous experience informs an optimal emergency response. But given the many unknowns of the COVID-19 pandemic and the improvised heroic responses health systems have had to cobble together, the principle can only be aspirational, guided by educated guesses and inevitably influenced by underlying structural biases.

Despite the many COVID-19 uncertainties, it is evident that the highest number of lives exposed to the virus will be lost in the highest medical and socio-economic risk populations.

A comprehensive equity-oriented and ethically justifiable response calls for considerations of their practical applicability. This requires a strategic planning process within and outside healthcare that addresses the so-called “social determinants of health”. Such a plan can only work if representatives of those at the highest risk have a voice and a vote in how scarce resources are allocated and if competent leadership at the federal and state levels embrace its ethical underpinnings.

Coming back to Connecticut, a byproduct of the digital revolution has been real-time access to data and rapid feedback loops. Countless examples from the consumer marketing world attest to the speed and accuracy of measuring responses to various interventions to increase sales, influence voting preferences, etc. Once real-time information about unequal outcomes by race and ethnicity is available, as is the case in Connecticut, a proportionate health equity-oriented corrective action plan is morally mandatory.

After past disasters, racial and ethnic disparities have been measured retrospectively accompanied by lamentations about the stubborn state of injustice. But comprehensive preparedness planning and access to real-time data changes the situation; it allows policy makers to integrate the two ethical principles discussed above into cogent, data-driven and equity-minded public policy.

To our knowledge no such plan has been forthcoming in Connecticut or elsewhere. The heroic actions of healthcare workers, first responders and volunteers already serving the most disadvantaged demonstrate the will and readiness of countless citizens to do what it takes to give those at greatest peril a chance. But this noble response is no substitute for a well- coordinated public health strategy.

Health inequities cannot be fully resolved during this pandemic, but it does open an opportunity to ignite reforms toward a more egalitarian healthcare system.

What short-term actions could energize such reform? We would expect the state to start by developing a concrete action plan to allocate, commensurably with emerging data, easier access to real-time information, just-in-time education and more healthcare resources such as testing, contact tracing, serologic follow-up, and of course access to PPEs in communities of color who are suffering disproportionately.

The geographic concentration of poverty where blacks, Hispanics and other minorities are over-represented as described above offers logistical advantages that should be leveraged. These upstream interventions may result in a more equitable pool of candidates being cared for, admitted to a hospital and having access to a life-saving ventilator. However, the larger goal of a more equitable society can only be achieved if other sectors driving people’s health and well-being such as education, housing, transportation, and a clean environment adopt the same “equity first” framework.