To save Connecticut, we must open the 2017 SEBAC agreement

News Flash: Daniel Livingston, chief negotiator for the State Employees Bargaining Agent Coalition, (SEBAC) has stated that the 2017 SEBAC agreement should be upheld on legal, moral and economic grounds. These grounds end up endorsing our six point Blueprint to Save Connecticut, the only true fiscal and constitutional reform program in the gubernatorial race. (It can be found at the top of www.SaveConnecticut.com.)

Livingston, a fair man, cites that the contracts clause of the U.S. Constitution would bar changing previous or present deals between the state and its kind and well-meaning state workers. Let’s put aside for now that our Connecticut Constitution does not allow 35 percent of the state budget to be taken off the table for subsequent legislators and voters for ten year or four years.

In addition, on the legal front, Art. 1, Sec. 2 of the Connecticut Constitution states that all free governments are instituted for the benefit of the citizen. That means for the benefit of the general citizenry and not a special class of citizen. Again, our Constitution is attached to every contract entered into by the State of Connecticut. Article 1, Section 2 authorizes the state to pay “off-the-shelf” pricing. It does not authorize premium pricing to favor a special class of citizen. Any premium pricing is against our Constitution and unenforceable. So what would “off-the-shelf” pricing be? The New England Average. At no point should Connecticut have agreed to pay any fee, or calculate any deduction, co-pay, contribution or other term that exceeds the New England Average. Parity would call for the fifty state average, but we can live with the New England Average.

So goes Livingston’s legal argument. Article 1 section 2 prevails and brings all the terms to substantially the New England Average. And with that average comes $1 billion less in annual spending and an opportunity to lower our tax burden that presently make people and businesses leave the state. No people, no jobs, no taxes. 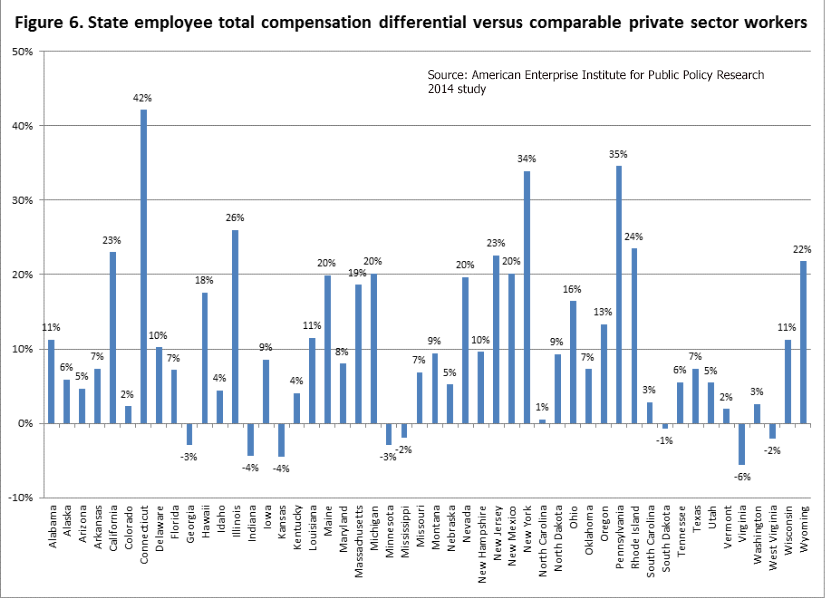 But that is in competition with the underlying premise of our State Compact, our Constitution. It is not a suicide pact. We have elections every two years to reflect the needs and wants of the people who are still living here. It is inherent in our Constitution that we need a tax and spend policy that will make Connecticut a place where people and business want to start and stay!

While I appreciate that those in the Hartford Bubble have not received the memo that people who make money and have money are leaving the state at our present level of taxes, fees and “revenues,” it does not justify putting our state out of business with ever, higher fees, tolls, taxes and “revenues.” All of the stakeholders will have to share the pain together so that people and businesses want to stay.

So on Livingston’s moral grounds, we have rules that allow an employee to play “The Game.” You may maximize your retiree benefits for 30 years by loading up overtime in the last two or three years of your job. Not only does one get paid for the overtime, your retirement benefits get juiced for 30 years. Can we afford that? Is it moral? Please remember that we don’t teach morals and ethics in school anymore, otherwise how would Apple download a virus onto my phone to sabotage it so that I might consider their newer model?

Do unto others as you would have done unto you. If I were a state employee, I too would play “The Game.” But remember what your parents told you: “If it sounds too good to be true, it probably isn’t.” Does morality dictate that we honor “The Game” one hundred percent if it means our state keeps losing people and jobs? Who will be left to pay?

On legal, moral and economic grounds, if the previous contracts were 50 percent more onerous than they are, does that mean they still have to be honored 100 percent? They wouldn’t because our Constitution is attached to each contract and our Constitution is not a suicide pact.

To save Connecticut, we must open the 2017 SEBAC agreement today and negotiate/legislate a path that is fair to the kind and well-meaning retirees and employees of the state but also encourages families and businesses to stay, as nobody who makes money or has money will still be here in 2027. No people, no jobs, no taxes.

I welcome SEBAC’s representatives, President Pro Tempore Martin Looney, Majority Leader Bob Duff, Speaker Joe Aresimowicz and Majority Leader Matthew Ritter’s efforts to open the SEBAC agreement now, as people and business continue to leave, and renegotiate to the New England Average as required by Art. 1, Sec. 2 of our Constitution to save our state.

Peter Thalheim of Greenwich  is a Republican candidate for governor.