To save democracy, recommit to principles of the rule of law and human rights at home 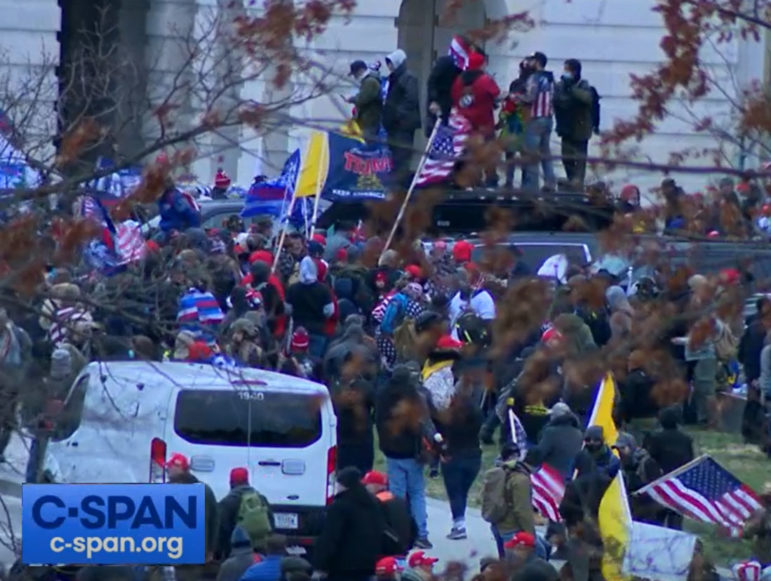 The fascist riot at the U.S. Capitol is a fitting denouement of the Trump Presidency.  His incitement of thousands of white supremacists, conspiracy theorists, and others caught in the thrall of his cult of personality demonstrated once and for all that there is nothing he won’t do to cling to power – -and nothing some won’t do to keep him there.

Whether by the 25th Amendment, a second impeachment, or the inexorable approach of January 20, Trump’s presidency is ending.  But for the United States to recover from this near miss with a Trump dictatorship, we must commit to rebuilding our democracy on a foundation of accountability, truth-telling, and human rights.

That Congress reconvened to certify the Electoral College vote after the building was cleared is a relief.  Likewise, the recent refusal of military leaders to entertain Trump’s reported fantasies of declaring martial law to preserve his rule, and the relative efficiency with which courts across the country have dismissed the meritless lawsuits brought to challenge the election results, are heartening.  But the impunity with which the mob was allowed to ransack the Capitol building is a mirror image of the impunity with which, for four years, the President has assaulted our democratic institutions.  Defeating Trump at the ballot box and expelling the mob is not enough.

Seventy-five years ago, Americans recognized that defeating the fascism of Adolf Hitler required more than a military victory; it also required the reassertion of the rule of law on a global scale through the International Military Tribunal at Nuremberg.  U.S. Supreme Court Justice Robert Jackson led the Allies effort to hold the Nazi leadership to account for war crimes, crimes against peace, and crimes against humanity.  “That four great nations, flushed with victory and stung with injury stay the hand of vengeance and voluntarily submit their captive enemies to the judgment of the law,” Jackson said in his epic opening address, “is one of the most significant tributes that Power has ever paid to Reason.”

Reasserting the rule of law within the United States requires not only rejecting the outlandish claims of election fraud, but also holding Trump and other officials accountable for the abuses of power, corruption, and possible crimes they may have committed.  As with Nuremberg, President-elect Joe Biden’s Justice Department can demonstrate that even “men who possess themselves of great power” are not above the law.

But we will need to go beyond prosecutions for wrong-doing to gain a full understanding of what has transpired under the Trump administration.  President-elect Biden has suggested that his presidency will inaugurate a time of “healing” for the United States.  Lessons from post-authoritarian societies, like post-Apartheid South African’s Truth and Reconciliation Commission, show that this process of healing must begin with a full accounting of the devastating impact of the Trump era.  Doing so will not only ensure that Trump and his accomplices are not allowed to “get away with it,” but also will open the process of national truth-telling.

Finally, a clear lesson of the past four years has been that we need to deepen our institutional commitments to realizing human rights—another lesson of the post-WWII period.  While Jackson prosecuted Nazi crime, Eleanor Roosevelt led the fledging United Nations in drafting the Universal Declaration of Human Rights.

Far too long, Americans have regarded fascism and other threats to human rights as something only other countries have to worry about.  To build a broader democratic culture, we will need to bring human rights home.  Domestic human rights organizations, which have been calling for establishing a non-partisan human rights commission, could take leadership in drawing upon both domestic and international norms to develop a platform to strengthen civic engagement and democratic practices that are key to resisting authoritarianism.

Supporting the rule of law by holding officials accountable, constructing an accurate account of the recent past, and recommitting to human rights at home are essential to restoring the confidence in government that underlies our shared national life.  Such work can help create a new sense of community, which is a fundamental aspect of a healthy democracy.