Transportation for all: A vehicle to a just transition 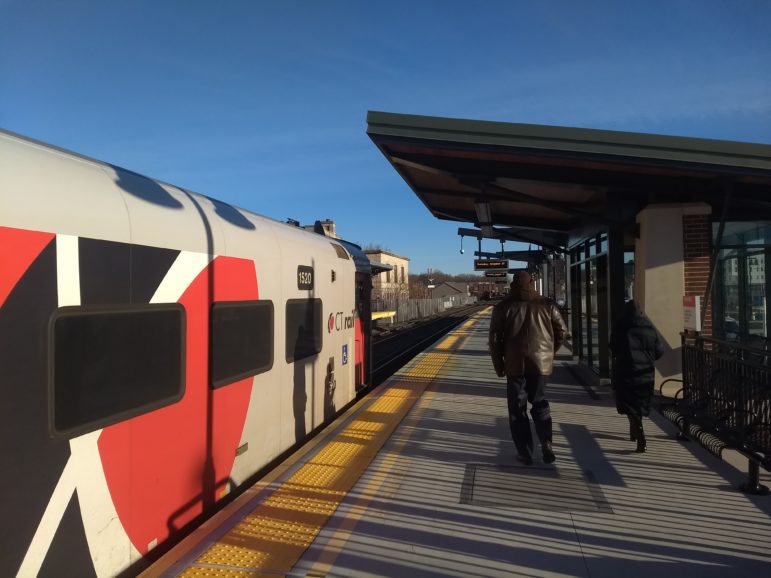 About a year ago, I attended a friend’s housewarming party in Hartford. After bouncing between a few events in Hamden and New Haven on my bike, I took a 40-minute ride on the Hartford Rail Line and then biked the rest of the way to my friend’s new house. It was a Sunday evening; I arrived in Hartford at around 5 o’clock.

At 6:08, I realized that the next train was at 6:30, and the one after that wouldn’t be until 10:30. There was also a 9:30 train, but that one would require me to leave my bike in Hartford. I left the party in a rush, scrambled to the station, and missed the train by seconds. I Googled every combination of rides and managed to find a 40-minute bus ride from Hartford to Waterbury – the 950 Express. Then, I would have to wait outside, with no seats or shelters, for another half hour, waiting for a ride back to New Haven. It was a 34-degree September night with bone-chilling winds. The bus driver on the ride to Waterbury helped me figure out a clever workaround: he would drop me en route to Waterbury, where, if I managed to bike five blocks within a two-minute transfer window, I could catch the 229 Local. I caught that bus, which thankfully had an empty spot on its bike rack. I arrived back in Hamden over an hour later.

This is the state of public transportation between three of Connecticut’s largest cities. Around 5% of Connecticut residents use public transportation. I have Tourette’s Syndrome – a neurological movement disability – and don’t feel comfortable driving, so I depend on public transportation to get around. The communities that use public transportation are disproportionately people of color, elderly people, and disabled people, especially when it comes to city buses (as opposed to high speed rail, which generally serves the suburbs). Better connectivity throughout the state would not only allow for more housing and recreation opportunities but would also promote upward mobility. In the Greater New Haven area, 35% of the workforce without a car are unemployed, compared to just 10% who own a car. A 2014 DataHaven report states, “A typical resident of Greater New Haven can use public transit to reach only 27 percent of jobs in the region within a 90-minute one-way commute taken at rush hour.”

The consequences of not investing in public transportation are already playing out in our economy and environment. Transportation accounts for 38% of Connecticut greenhouse gas emissions – more than the statewide electric grid and residential energy use combined. Most transportation emissions come from low-occupancy passenger vehicles; in Connecticut, 78.2% of workers drive to work alone. In comparison, the Hartford Line moves nearly 2,000 people a day. Instead of the Department of Transportation proposing 62% of its funding for highways and just 36% for public transportation, we should be encouraging the opposite.

The long-term maintenance cost of highways is enormous, and the carbon impact of paving asphalt contributes to global climate change. On the other hand, investing in public transport is environmentally and economically sustainable. A two or three-billion-dollar investment in public transportation could generate 23,000 long-term jobs, $2.2 billion in new wages, $7 billion in new business sales, and $4.3 billion in other benefits, including reduced air pollution.

So where do we go from here? First, we must require carbon emissions to be priced as part of any state environmental impact evaluation. Second, we need to support state efforts to electrify our fleet of cars, buses, trains and trucks. Electric buses should be deployed first in poor communities of color, which have been historically polluted by fossil fuel burning vehicles. New trains should be modern electric models, such as those used across the European Union, rather than the old (and often more expensive) push-pull diesel locomotives, which were proposed as part of a statewide plan to become carbon neutral by 2030 (Connecticut 2030). Third, we need to build new, light rail and commuter rail lines in areas that are currently disconnected from regional transit networks.

Connecticut also has many lightly used or abandoned train tracks that could likely be repurposed. Fourth, we need to support “complete streets” projects to accommodate bikes and pedestrians equally, if not more so, than cars. Connections between transit and housing, jobs and services are just as crucial as the transit networks themselves. Without a safe and desirable environment for bikers and pedestrians, transit will be much less effective. There have been at least 13 pedestrians and cyclists killed this year in New Haven alone.

A just transition goes beyond protecting the environment. It’s a step toward where we need to be, from combating global climate change to fighting wealth inequality to advancing disability justice to dismantling systemic racism. And, of course, to ensuring that all Connecticut residents can spend as much time as they like at housewarming parties.

Justin Farmer is a Hamden Councilman.